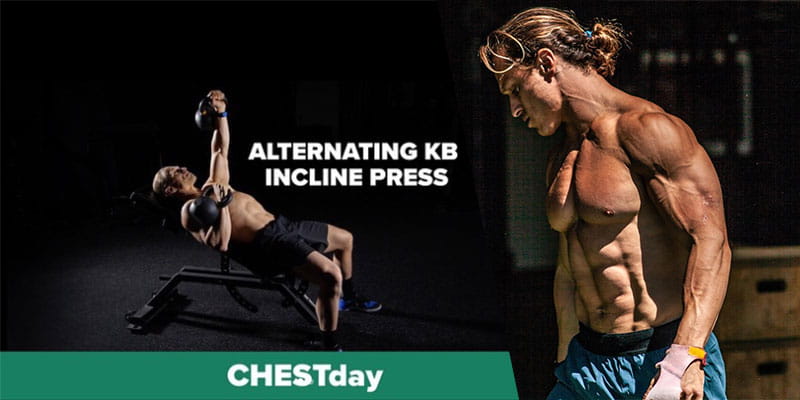 These Functional Bodybuilding chest exercises are designed to help you look good, move better and perform to a higher degress in the Box and out on the competition floor.

SO WHAT IS FUNCTIONAL BODYBUILDING?

“Too many coaches and functional fitness athletes, the term “Functional Bodybuilding” may seem like an oxymoron.

But since we’ve begun using bodybuilding concepts to enhance functional fitness athletes specific sport performance we’ve discovered that this training methodology is incredibly effective. If not more so than many other training programs for preparing athletes for the rigors of their competitive seasons.

“What became clear to me was that 6 years of competing in CrossFit had finally left its mark on me. My body was tired, I was injured. And, despite my success within CrossFit, I really had no motivation to continue with fitness.” – Marcus Filly

In August of 2016, Marcus had just finished his 6th consecutive appearance as a competitor at the CrossFit Games. Instead of resting and recovering, Marcus accelerated deeper into his training in order to prepare for the NPGL(GRID) Competition. Soon after he delved into his training, disaster struck and Marcus experienced severe adrenal fatigue, energy loss, and a significant injury in his shoulder. A lifetime of athletic pursuits and intensity had finally caught up with him.

Marcus’s Coach, Mike Lee, recognized Marcus’s need for a seismic shift in his training. Mike had to take Marcus, a highly advanced trainee, and bring everything back to the fundamentals of movement.

This focus on the basics of movement patterns is what spawned the training methodology known as Functional Bodybuilding. Though it was initially created as a rehabilitative tool for Marcus Filly, it has become a staple in the training programs of all of our athletes.”

Use the following exercise to improve your skill, body, movement and ability.

No bench, no problem. Use this move to overcome bench plateau’s by building strength in the top 3rd of the range of motion.

Try a pausing tempo that forces a full stop/start. Notice how difficult this makes the lift! For a linear 📈 progression, shorten the tempo by removing the isometric pause at the bottom (4″1″X1 -> 40X1) and then speeding up the eccentric phase (40X1 ->30X1 -> 20X1).

This will allow you to build to heavier loads toward the end of the cycle!

For a long time hip extension and upper body pushing exercises have been paired in a classic combination of Bend/Push. This is because the two movement patterns complement each other by not overlapping body parts of muscle groups.

Combining them into the same exercise is also a great way to get the benefits of the movement combination. The glute bridge (hip ext) and the DB floor press (upper push) is a perfect way to pair them.