This extensive guide will help you pack on muscle and size, get stronger and program strength cycles into your own training. Which one will you try? 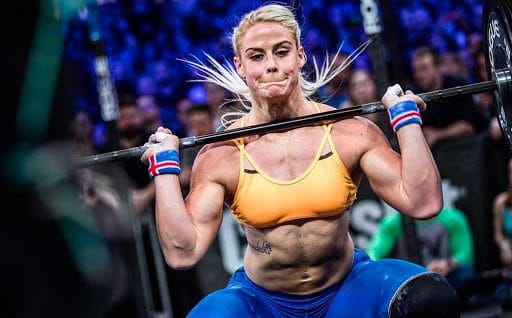 An extensive breakdown of 5 important strength training programs that have all helped many different athletes get exceptionally strong.

Who is it useful for?

Rippetoe’s Starting Strength program is a classic example of a beginner weight training workout routine. However, it can also benefit athletes who are not exactly new to the gym.

Newbie: If you’re a beginner or recently started, then this program is right for you. It doesn’t matter if you’re an aspiring lifter or don’t care about being strong. You still need a base of strength and technique to get huge.

Weakling: Do you consider yourself to be beyond the beginner weight training level, but just can’t seem to gain much strength? If yes, then this program can definitely help jumpstart your strength gains and catch you up to where you should be, relative to how long you have been training.

Frustrated: Disappointed with a lack of results from your routine? If so, then this program can get you out of the slump and on your way to the big guys. The typical routines work for the guys who look like what you want to look like. They can only do so much for less advanced lifters.

Machinist. Probably you won´t find yourself in a Crossfit box but in a gym. When you have been training for a while, but never really focused on the major compound exercises, more you’ve been doing a lot of machine/nautilus exercises or isolation movements, then you’re limiting your potential. Starting Strength will help you gain dense muscle and functional strength.

Comeback. This is the most interesting part for a Crossfitter. Are you a seasoned vet who’s coming back from an extended break? Whatever your reasons for taking a layoff from pumping iron (injury, midlife crisis, baby mama issues, etc.), Starting Strength is a safe and effective workout routine for getting back to your previous glory.

The letter “x” represents a rest day.  The letters “A” and “B” are workouts described below.  So, for example, the first week of workouts shown directly below is “AxBxAxx”, which means do workout A on Monday, rest on Tuesday, do workout B on Wednesday, rest on Thursday, Do workout A on Friday, and rest on the weekend.

For the remainder of the 6-9 months, do this:

Who is it useful for?

The 5/3/1 strength training program can be used for all experience levels but is generally recommended for intermediate athletes. If you are looking for short training sessions, and slow but steady progress, then 5/3/1/ might be great for you. Jim believes starting light allows a lifter more room to progress forward.

Brand new lifters are usually able to progress more quickly from a beginner routine due to practicing the lifts more frequently. Advanced lifters can benefit from its long term training focus.

STRENGTH TRAINING PROGRAM: HOW DOES IT WORK?

You train 3 to 4 times per week with this strength training program.

5/3/1 has you do one of four workouts on your training days:

Who does it work for?

People with time! Training sessions can least 2 hours or more.

Lifters with a “Burgener” Style. Lifters that prefer other methods (Catapult etc) can struggle with this.

Coach Mike Burgener’s generic beginner program is the starting point for most of Mike’s programming for his own lifters. Exercises will change on a daily basis to fit what the lifter most needs to work on and to take into account individual variation.

HOW DOES THIS WORK?

Day 4 as a max out for the competition lifts.

One aspect of Burgener’s program that sets it apart from other beginner programs is that it makes use of 3-position snatch and cleans. It also includes assistance exercises like snatch-grip shrugs. Burgener heavily emphasises the “jump and shrug” in his preferred technique.

Sets and reps generally involve five sets of triples for the main lifts and power variants and five sets of five for most of the strength lifts.
Weights used are left to the lifter/coach. Coach Burgener says that he often increases the load one week and drops it back a bit the following week before increasing again.

Coach Burgener’s template is very much a jumping-off point for individualisation and exercises will generally vary from week to week depending on the trainee’s needs. However, he notes that many lifters and coaches have seen impressive gains just sticking to the generic program as laid out.

Who does it work for?

Beginners to intermediate. It is the next logical step after Starting Strength.

Very easy strength training program to follow but can be taxing both mentally and physically if followed for a prolonged period. Concentrated Sessions can least two hours or longer.

When you can complete the last 3×5 at a given weight, increase the weight on all five sets 5-10 pounds. Test for one-rep max at the end of each phase of the strength training program.

Rest 3-5 minutes between the last 3 sets of each exercise.

Who is it suitable for?

Beginners. The program is simple, reflecting John’s reductive approach to training. It describes the methodology as essentially ‘Bulgarian’ meaning that the lifter focuses on the competition lifts and squatting to max.

First the back squat is mastered at which point the clean is introduced, followed by the snatch. Once the lifts are learned, the athlete performs the snatch, clean & jerk, military press and front squat every day three days a week.

The strength training program highlights front squatting but assumes the ability to perform a deep back squat. Front squats are done for five sets of five and loading follows the same progression scheme as the Olympic lifts, though could be modified to a volume/intensity model depending on the lifter’s level. Presses are performed for five sets of three.

The strength training program can be done for as long as the lifter continues to make progress, though it is possible that some beginners may crave more variety sooner rather than later. But for the same reason, it could get boring after a while and concentration on the lifts could sink. Also, the missing back squats are something a Crossfiter should not face at value.

How to Build Muscle: The 6 Day Split Program