These fat burning CrossFit workouts will help you to condition and transform your body to become a fitter, faster, and overall better athlete. 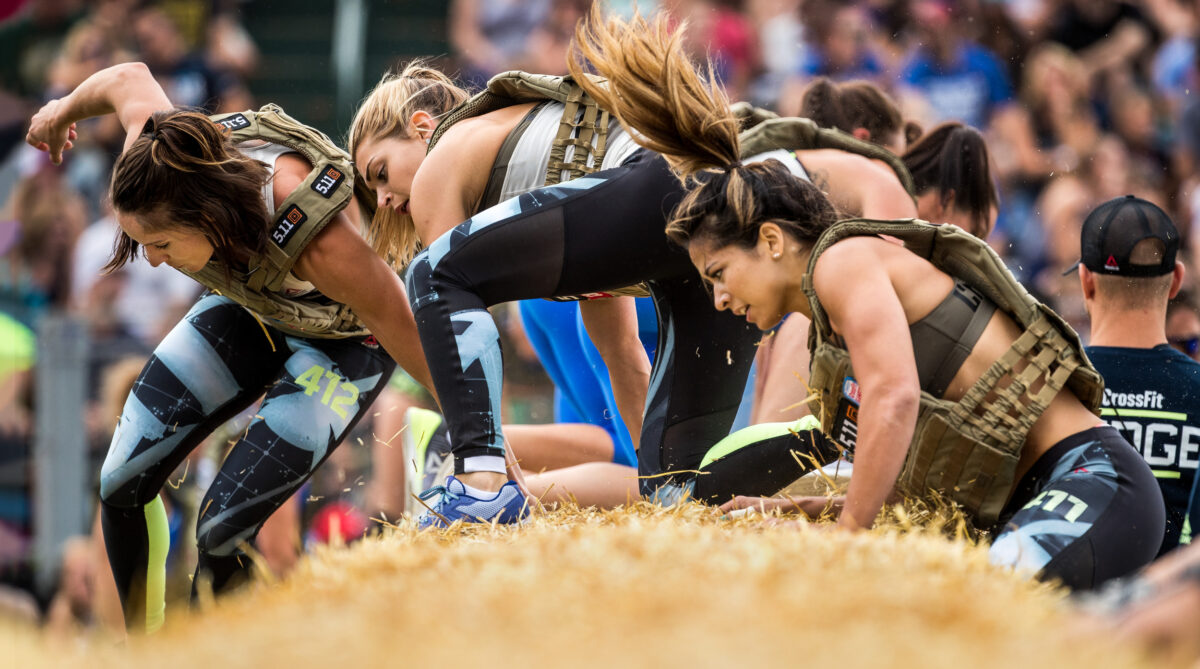 Use these 5 fat burning conditioning CrossFit workouts to build an unstoppable engine!

Before we enter the into the pain cave, BOXROX spoke to endurance coach Chris Hinshaw for some advice on becoming a fitter, faster and more unstoppable athlete.

Words of Advice from Chris Hinshaw

BOXROX: Do you every see any correlation between an increase in endurance training at the expense of strength?

Chris: So this was a number 1 concern for me when I first started.

“MOST WEIGHTLIFTERS RECOGNISE THAT IN BETWEEN THEIR REPS, A DEVELOPED AEROBIC SYSTEM WILL HELP THEM IN THEIR RECOVERY.”

“But at what risk will extended endurance work impact their power output and strength? From my experience, especially with Games athletes, this does not have a negative impact, and in many cases the reverse is true as long as the endurance work is done in moderation.”

“Rich Froning went from a 6-minute mile to a 5:41 mile over the first 12 weeks that we worked together. During that time his Back Squat went up. In his own words “all of my numbers continued to climb.”

“He was the one that concerned me the most because here is a very experienced weightlifter, and what if my endurance training had a negative impact effect on his strength and it went down?”

THE KEY IS MODERATION. YOU CAN’T TRAIN A CROSSFIT ATHLETE LIKE A TRIATHLETE AND MY ATHLETES DON’T PUT IN A LOT OF VOLUME, BUT WHAT THEY ARE DOING IS TARGETING MUSCLE GROUPS THAT ARE NEGLECTED. THAT’S WHERE I FOCUS MY TIME.

BOXROX: In triathlons you train for set distances in different disciplines, how do you train your CrossFit athletes for the unknown?

Chris: I come from an endurance background. I understand endurance science. I train my athletes very traditionally from what I’ve learned from my career of competing in long distance triathlons. CrossFit is substantially different from that. We are not targeting one specific distance to be good at. We want to be good at a broad range of distances and so we must train and be prepared for exactly that.

Its always important to develop an arsenal of gears for your running. I test and work around the following time and distances, which are all important for CrossFitters.

Pendleton 2 will be ranked by total time to finish the entire swim, bike and run race. Arrival order at the checkpoint (Pendleton 1) will have no bearing on the scoring for Pendleton 2.

Perform a 400 meter run, then complete as many Pull-Ups as possible in a single set (unbroken, meaning a drop from the pull-up bar, touching the ground, or otherwise resting in any position other than a hang counts as a break and the end of the set). Continue immediately to another Run and another max set of Pull-Ups. Repeat until the 20-minutes is up. Score is the total number of Pull-Ups completed before the 20-minute clock stops.

4 “SURFER ON ACID” by Ben Bergeron

Athletes can look at the time on the clock when they exit the gym after the first round to give them a target split to try and replicate for the following two. The second round will likely be the most difficult, so buckling down there both physically and mentally will be important.https://www.youtube.com/embed/zIBm50WF7dQ?feature=oembed

With a running clock, as fast as possible perform the prescribed work in the order written.

Score is the time on the clock when the last 1.5 mile Run is completed.

The Ultimate Kettlebell Leg Workout to Build Muscle and Endurance

The Best 15 Minute Fat Burning Home Workout with No Equipment

How to Get a Flat Stomach in 22 Days