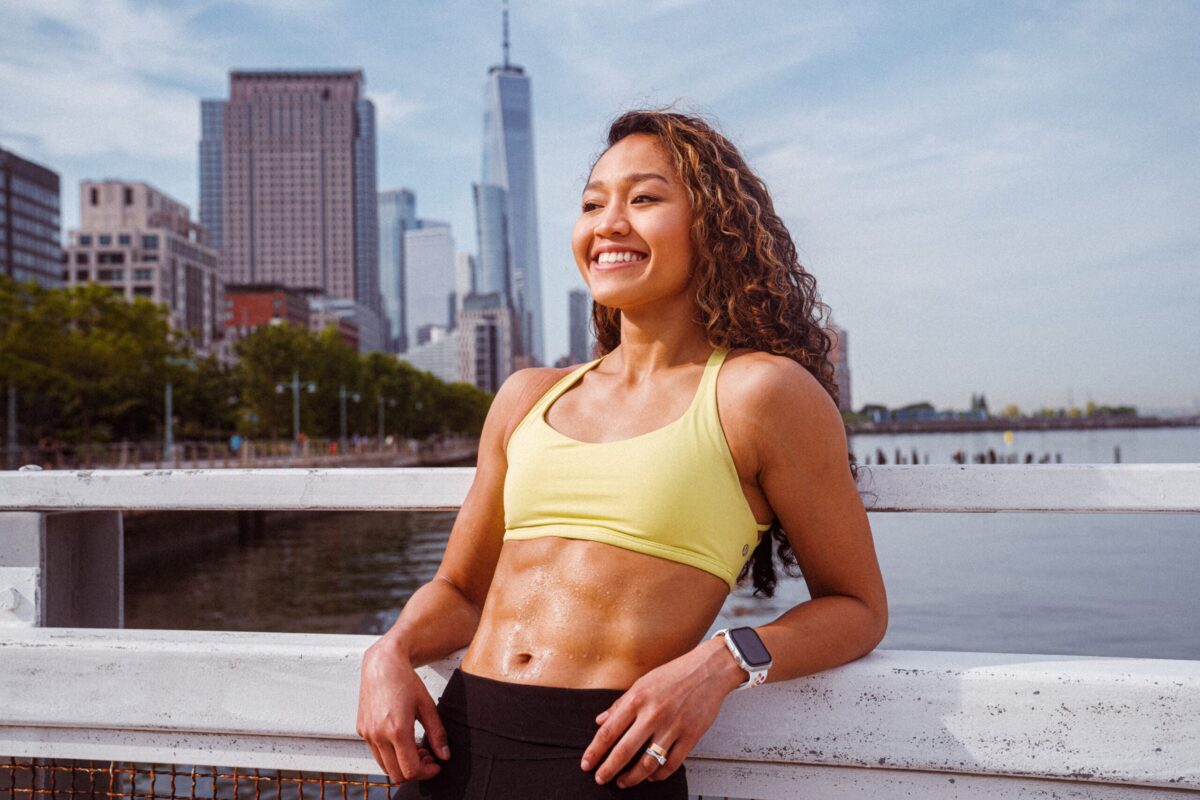 Building a defined set of abs is an aspiration many have – but how to even start? Alex Lorenz, degreed sports teacher with focus in nutritional sciences and coach at Calisthenic Movement, breaks down 6 rules to get a 6 pack.

“In order to achieve [a six-pack], you have to ignore all the bulls**t and stick to the facts instead of promising shortcuts,” he says.

So, what are the facts?

Don’t focus too much on abs training

While this might sound strange – in order to build abs you have to train them – more doesn’t always mean better. Many athletes fall into the trap of working their abs daily with countless sets and reps, but this isn’t strictly necessary.

Additionally, work on the antagonist muscles of your abs.

The 2nd of the 6 rules to get a six pack is to reduce hip flexor involvement when you train your abs.

“Training your abs is nearly useless if you’re doing it wrong,” says Lorenz.

Exercises like leg lifts or knee raises focus greatly on the ab contraction with a posterior pelvic tilt. If you’re arching your back during these exercises, you move focus from your core muscles to your hip flexors, which is ineffective. Instead, maintain the right position and keep muscle tension throughout your core exercises.

Read more: 9 Effective Ab Exercises To Do At Home To Build a Strong Core

Include rotation and lateral flexion

To build well-trained abs, you have to include exercises for your obliques too. Your abs are formed by the rectus abdominis (the six-pack muscles) and the obliques. The latter allow you to turn and rotate your trunk, spine, and core, as well as support your back and overall posture.

“This is not only important to build a balanced core but also for your spinal health,” says Lorenz.

Training a specific area of your body won’t make the fat in that area go away. While training your abs can lead to abdominal fat loss, it can also help you reduce fat in other areas as well (i.e., it’s not magic fat spot reduction tool).

If you want to burn fat you focus on:

People often think that core training is only about your abs, but the core is made up of all the muscles in your midsection. This includes muscles on the front, sides, and back of your body.

Many core exercises such as the planches or front lever target the core but also heavily rely on other muscles in your body.

If you want to only target your abs, you’ll have to rethink core training.

Abs are uncovered in the kitchen

The most important of the 6 rules to get a 6 pack is the fact that abs are built in the kitchen.

“No matter how many hours of crunches or leg raises you do, you won’t be able to see a six-pack if you’ve got too much body fat,” says Lorenz.

In order to get a six-pack, the first and most important think you’ve got to do if fix your diet. A meal plan adapted to your training program can lower your body fat percentage and uncover your abs.