Speed up your muscle growth. 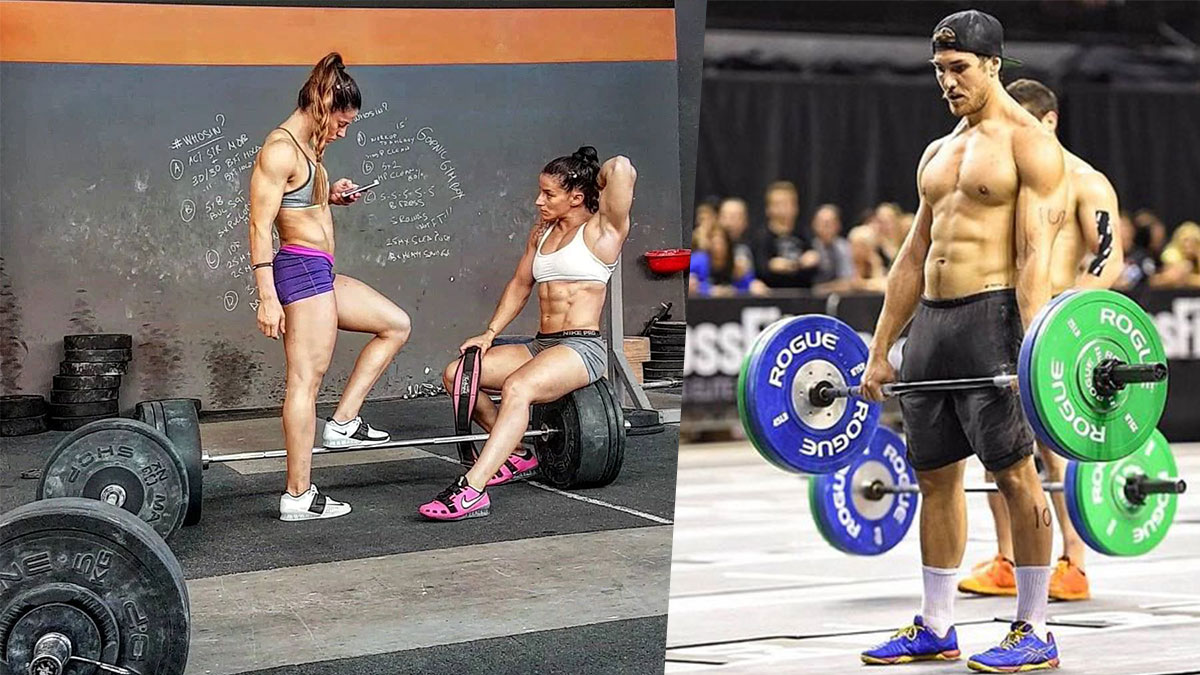 These effective gym hacks to speed up muscle growth will help you build a better body, more strength and transform the efficiency of each workout.

They have been chosen and explained by Gravity Transformation.

“If you want to build muscle and would like to know some powerful training techniques that can help you progress faster, this video (see below) will definitely help. Find out the best diet and workout hacks to build muscle mass.”

“If you want to build muscle you already know that the three main areas to focus on. These are eating, training, and sleeping.”

“When you optimize these 3 things, you’ll build plenty of muscle. On the other hand, if you don’t train hard enough, you don’t eat right, or you don’t get enough sleep you’re going to find it a lot harder to build muscle.”

“So, most of your results will come down to these three factors. And the good news is that there are a couple tips and hacks that you can use to optimize each of these three factors to really speed up muscle growth, and these hacks are backed by scientific evidence.”

1. 8 Gym Hacks to Speed Up Muscle Growth – Use Bands and Chains to Improve Resistance Curves

“And the very first undervalued hack that most people have never even tried is using bands and chains to improve resistance curves. You see, many exercises have a specific sticking point. For example, on the bench press, the sticking point tends to happen after the bar comes off the chest right before the halfway point. That’s the point where the exercise is the hardest and requires the most strength.”

“Meanwhile, other points like the lock-out portion for example require much less strength. To give another example, during the squat, the sticking point typically occurs near the halfway point where the thigh is at about a 30-degree angle to the floor. And most exercises have these kinds of sticking points.”

“This is important because when you fail to complete another rep, you might be under the impression that you’ve maxed out and you can’t do more reps because your muscles are too fatigued to further produce movement. But In reality, the muscle might not be fully fatigued just yet. Instead, it might just be fatigued enough to where you cannot complete a specific part of the movement which could be referred to as your sticking point.”

“Luckily you can use resistance bands and chains to help with this. They allow you to change the resistance curve of an exercise, which means that chains and bands can make certain parts of the movement more or less challenging. For example, during the squat, the resistance bands and chains provide more resistance the closer you get to lockout, which is the part of the movement that’s past the sticking point, so you will more likely be able to handle a heavier resistance as you get closer and closer to lockout, and that’s exactly what chains and bands can provide.”

“Not only will this lead to a more effective muscle-building stimulus, but it can also help you gain strength more effectively, as shown by multiple studies. For example, two studies show that bench pressing and squatting with bands or chains builds more strength than doing these exercises without bands or chains. (12)”

“In another 2016 paper published in the Journal of Strength and Conditioning Research, researchers found that more advanced lifters tend to benefit the most from using bands and chains. (13)”

“Beginners, on the other hand, many times don’t have the required coordination and the rate of force development to use bands and chains effectively, which is why if you’re a beginner you’re better off getting accustomed to weight training in general, before adding bands and chains. And for those of you that are advanced keep in mind, bands and chains don’t improve the effectiveness of all your exercises. For example, an exercise like the leg press, even though it has its fair share of problems, it generally already has a good resistance curve, so there’s really not much of a point in adding chains or bands to a leg press.”

“The next muscle-building hack is to train either later in the afternoon or early evening.”

“Now if you have a solid morning routine there’s nothing wrong with that, but you should know that your body has an “internal clock” known as the circadian rhythm. Due to this circadian rhythm, you’re stronger, faster, and you have a more beneficial hormonal status for exercise at certain times of the day.”

“If you take advantage of this by training at the right time, you can boost your gym performance and your progress. And we have evidence of this. For example, a 2016 study compared the effectiveness of a 24-week workout program (1) where One group completed their workouts between 6:30 and 10:00 in the morning. Meanwhile, the other group worked out between 4:30pm and 8:00 at night. The results showed that those who trained in the evening gained much more muscle (2). On top of that, another study that specifically examined bodybuilders (3) who either trained before 10 am or after 6 pm also found that the bodybuilders that worked out in the evening gained more muscle.

Watch the video for more detail and the rest of the gym hacks to speed up muscle growth.

05:08 – #03 – Perform the ConcretricProtion of The Bench Press As Explosively As Possible

Major Muscles of the Body

The major muscles of the body include the latissimus dorsi, trapezius, pecs, quads, hamstrings, glutes and biceps.

The Latissimus Dorsi is the largest muscle in the back. It’s a large triangular muscle that covers the posterior surface of your thoracic cage, from the lower six ribs to the iliac crest. Located under your armpit and behind your shoulder blade, it originates from both sides of your spine.

It helps you perform arm extension and adduction (pulling inward). You use it when you pull something up or push something away from you like when holding something heavy above or below shoulder level (like a suitcase) or when pulling yourself up on a bar during chin-ups/pull-ups.

The trapezius muscle is a broad, flat muscle that covers the upper back and extends from the base of your skull to the middle of your upper back. It is used to move the shoulder girdle and can be important in sports such as swimming and archery.

The trapezius muscle is used when you lift or turn your head or twist it from side to side. It also helps you shrug your shoulders or raise them up toward your ears.

The pecs are the muscles that make up your chest. They’re located in your upper arm and are responsible for pulling the arm towards the body.

The pecs also play a role in pushing away from the body, though they tend to take a back seat to other muscles when it comes to this task.

The quadriceps are the muscles that make up the front of the thigh. They consist of four separate muscles:

The semitendinosus is located on the medial side (inside) of your thigh. It originates at your ischial tuberosity (your sitting bone) and inserts into your tibia (shinbone).

The semimembranosus is also located on the interior side of your thigh but closer to its center than where you sit; its origin point is near where you sit (ischial tuberosity), while its insertion point is farther down toward your knee joint on a bone called tibia or shinbone.

The biceps femoris has two heads: short head attaches above patella (knee cap); long head originates further down from it along with other hamstring attachments such as rectus femoris muscle which attaches onto anterior superior iliac spine (ASIS for short).

The glutes are a group of muscles in your buttocks that are responsible for hip extension and flexion.

When you straighten or bend your leg, these muscles come into play. This can be done while sitting down, standing up, or lying on your back (as in the case of floor exercises). Gluteus maximus is responsible for extending the thigh backward; it’s also known as “the big muscle” because it’s generally bigger than other gluteal muscles and is more visible from behind due to its location beneath skin and fat tissue at this part of the body. Gluteus medius acts as an external rotator during abduction (when you raise one leg out to the side).

The bicep is a muscle that flexes the elbow. It’s located on the front of your upper arm, and it comprises two distinct heads: the short head and the long head.

The triceps is a large muscle located on the back of the upper arm. It makes up one-third of the total arm size and is one of three muscles that make up this area.

The triceps, together with two other muscles—the biceps and deltoids—make up what’s called your “upper arm.” You can see why it’s so important to work out all three areas if you want to build strong arms!

With these muscles, you’re well on your way to being strong. We hope you enjoyed learning about all of these muscles in the body and their role in exercise. Keep up with your workouts so that you can build muscle mass!

Add these gym hacks to speed up muscle growth into your training.

2. You can see in figure 2 that the evening workout group outperformed the morning group: https://pubmed.ncbi.nlm.nih.gov/27863207/

7. Research shows that having caffeine reduces some of the downsides of morning sessions, such as impaired central nervous system efficiency and muscle activation. https://pubmed.ncbi.nlm.nih.gov/22496767/

10. Doing rows immediately after the bench press improves performance in both exercises. https://pubmed.ncbi.nlm.nih.gov/28933712/

12. Two papers show that bench pressing and squatting with bands or chains builds more strength than doing them without, even when total training volume is equated. http://journals.lww.com/nsca-jscr/Abstract/2011/02000/The_Effects_of_Combined_Elastic__and_Free_Weight.24.aspx https://journals.lww.com/nsca-jscr/Fulltext/2008/03000/The_Effects_of_Combining_Elastic_and_Free_Weight.33.aspx

13. According to a 2016 paper published in the Journal of Strength and Conditioning Research, more advanced trainees tend to benefit the most from using bands and chains. https://journals.lww.com/nsca-jscr/Fulltext/2016/09000/Free_Weight_Augmentation_With_Elastic_Bands.17.aspx

14. In a study published in the Journal of Strength and Conditioning Research, researchers looked at whether knee sleeves can improve squat performance. https://pubmed.ncbi.nlm.nih.gov/33201154/

15. The muscles and exercise you train first in a workout improve the most while those that are trained later get a less effective stimulus, as  shown by a study published in the Journal of Strength and Conditioning Research. https://pubmed.ncbi.nlm.nih.gov/20938358/

16. “if an exercise is important for the training goals of a program, then it should be placed at the beginning of the training session, regardless of whether or not it is a large muscle group exercise or a small muscle.” https://pubmed.ncbi.nlm.nih.gov/20938358/

17. A study published in the European Journal of Sports Science had subjects train the bench press with either a maximum velocity concentric or a controlled concentric at about 1/2 of the maximum bar speed. https://pubmed.ncbi.nlm.nih.gov/24734902/