Time to build a better chest. 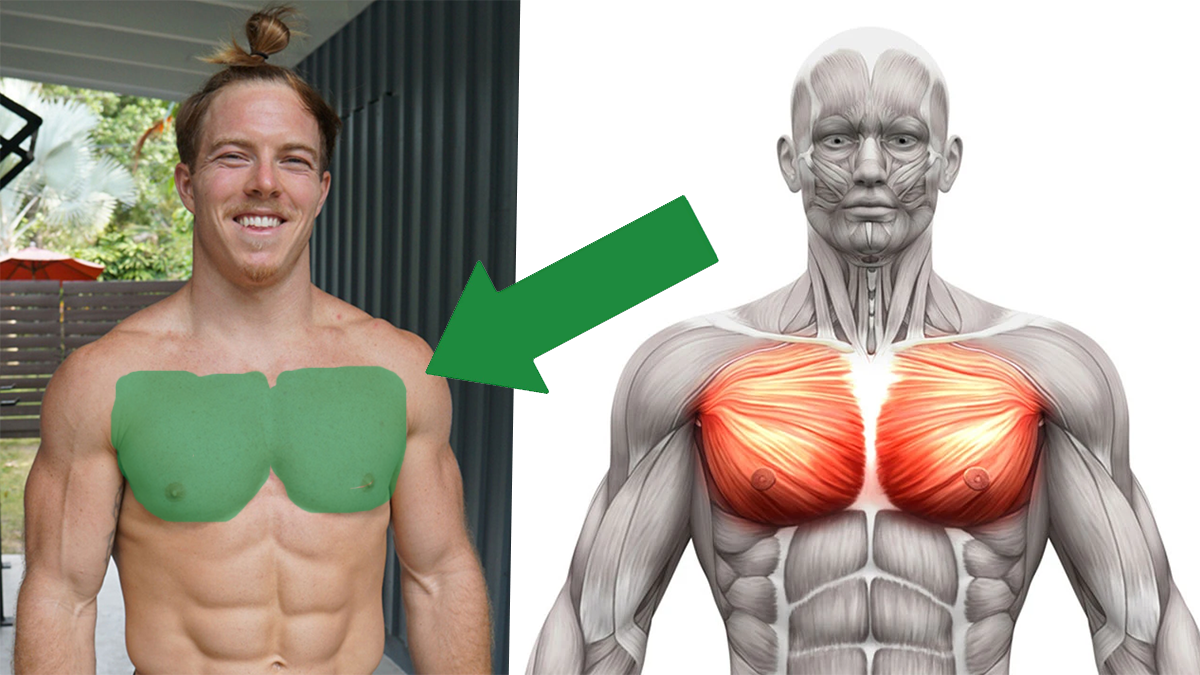 These are the best exercises to build a great looking chest.

They are not designed with strength or muscle mass in mind, but purely for definition and aesthetics.

The following three exercises will hit the:

Let’s look at them in more depth.

“Science shows that a slight 30-degree incline on the bench is best to not only hit the upper pec fibres the best while minimizing the dominance of the front delts but that it also hits the sternal portion of the chest hard as well.

The arms move from the low and away position to one up and in when performing the exercise this way. The use of dumbbells also allows the hands to travel a little closer to each other at the top to achieve more adduction of the arms rather than what happens when they are fixed in place on a barbell during a barbell bench press.

Even though you lose some of the tension on resisted adduction at the top of the rep, you still get more overall adduction resistance during the dumbbell variation of the bench press than you do with the barbell version.”

Jeff explains further, “This is best performed with a set of cables but it can also be done as a chest resistance band exercise.

Here you want to make sure that you are bringing the arms down and across your chest on every rep.

Many less informed trainers advise you to stop your arms at midline. Given that they don’t understand the anatomy and function of the chest muscles this is understandable, but still not right.

In order to maximize chest contraction you want to cross your arms over each other in order to allow for a greater excursion into adduction and get better chest development.”

“Instead of flaring the elbows out to the sides and keeping the dumbbell close to the head (which would place the brunt of the workload on the lats) you want to straighten the arms as much as possible.

The finish position of the dumbbell over the chest is the same as it would be at the end of an incline bench press.

With the arms held relatively high (above the shoulders) you get the flexion of the shoulder that targets the upper pecs and minimizes the lats.

The other thing you want to do here is think about squeezing the backs of your hands together as the dumbbell approaches the end of each rep. This will further adduct your hands which will create a more intense upper chest contraction.

Finally, you can also use this exercise for chest to develop the serratus muscle. This often overlooked muscle acts as a support muscle for the lower chest and, when developed, gives that complete aesthetic look to the pecs that rounds out your complete chest development.”

Try this Witcher Workouts or perfect Chest Workout in 20 minutes.