The Best Science Based Dumbbell Biceps Workout for Size and Shape 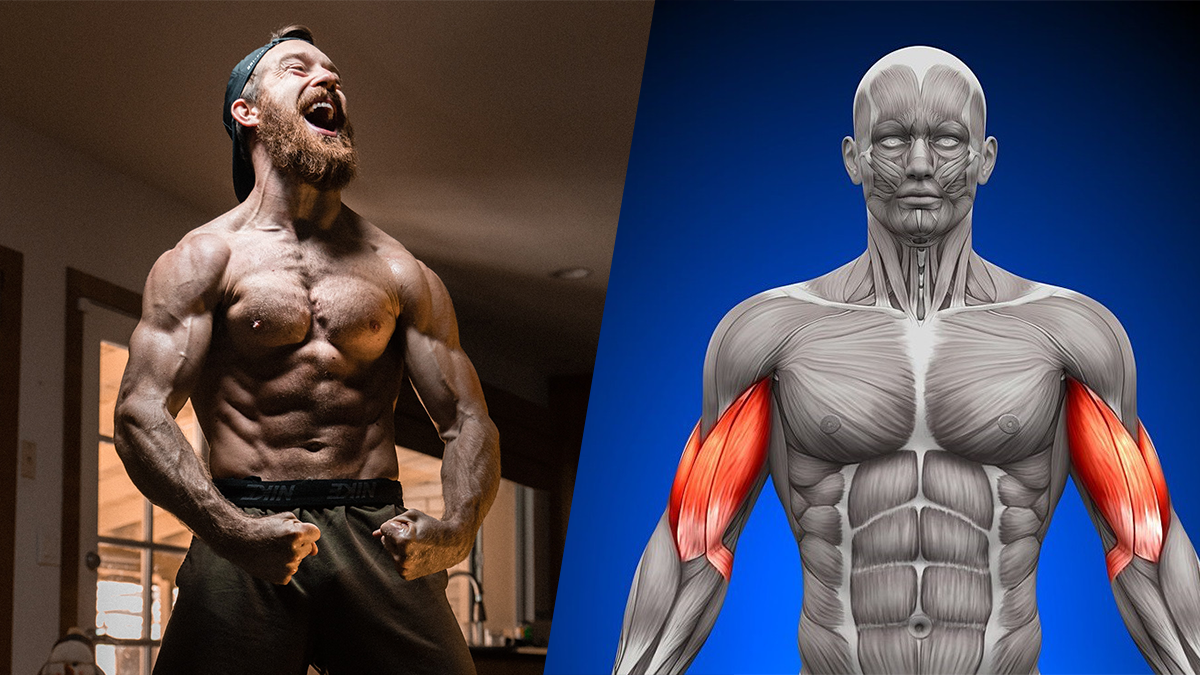 Check out the best science based dumbbell biceps workout for size and shape and take your arms to the next level.

These have been compiled and described by Jeremy Ethier.

The Best Science Based Dumbbell Biceps Workout for Size and Shape

“If you’ve always faced difficulties in achieving significant bicep growth, you’re in for a treat. In this video, I’ll cover the top 3 bicep exercises for mass you need, so you no longer have to Google for the search term “How to get bigger biceps?” endlessly. And I don’t know if I mentioned, these three exercises are biceps dumbbell exercises. Yes – I’ve read your comments and see that you guys have been requesting for a dumbbell only workout. So, here you go: find out everything you need to know on how to get big arms, with only dumbbells!”

“The first exercise you need to incorporate into your arms day is the concentration curl (with assistance reps). This exercise tops the list when it comes to short head bicep exercises; this is because of the forward placement of the arms during the curling action. And it tends to outperform other common biceps exercises as well – studies have found that it comes up superior in terms of eliciting the highest biceps activation.”

“And the last biceps exercise with dumbbells you should know about is the hammer curls (with slow eccentric). The pronated grip of hammer curls enables you to target the brachialis – a muscle in the upper arm that pushes up the biceps. If you want to create the illusion of a thicker-looking arm, you can’t go wrong with targeting the brachialis. But: notice how I included slow eccentric movements? Well, that’s because you can further enhance the brachialis’ involvement through the performance of a controlled eccentric movement.”

“I hope you enjoyed the video, guys. And just remember like I’ve said in the past, if you want to build muscle and stop wasting your time in the gym, you not only need to choose the right exercises but you also have to perform them in the way that’s been proven to be most effective.”

Video – Science Based Dumbbell Biceps Workout for Size and Shape

Muscles of the arms

The deltoid is the muscle that makes up the rounded portion of your shoulder. It allows you to raise your arm and rotate it backwards, as well as move it inwards and outwards if you’re doing a push-up or bench press, respectively.

You can target this muscle by doing dips and pull-ups. If you don’t have a dip bar or pull-up bar handy, try standing with a dumbbell in each hand with your arms at 90 degrees. Then bend your elbows so they are pointing towards the floor at about 75 degrees; keep them at this angle while you lower yourself down until your upper arms are parallel to the floor (about half way down). Make sure not to let go of either dumbbell during this movement!

The coracobrachialis is a muscle located in the upper arm. It originates from the coracoid process of the scapula and inserts into the lateral part of the humerus. Its function is to flex, adduct and rotate your arm when you raise it.

The brachialis is a muscle in the upper arm that flexes the elbow joint. The brachialis is innervated by the musculocutaneous nerve, which provides sensory input from part of your forearm and hand.

The brachioradialis, located on the front of your upper arm, is a muscle that acts as a wrist flexor. Its primary function is to bend your wrist toward you and palm side up. While there are two heads within this muscle (a long head and a short head), only the long head is active during wrist flexion. It also functions as an antagonist to forearm pronation/supination, meaning that when it contracts, it causes your hand to turn in (pronate) or out (supinate).

The brachioradialis is not associated with any other major joint besides your elbow joint; however, its action at this joint can be felt throughout its entire length from one end of your forearm all the way down into your fingers.

The biceps brachii is a 2-headed muscle located in the upper arm. The muscle’s origin is from the supraglenoid tubercle of the scapula and coracoid process of the scapula, while its insertion is on the radius distally, 4 cm above the radial styloid process. Its action consists of flexion at both elbow and shoulder joints.

This muscle forms part of what’s called your “muscular system,” which you use to move your body around. Your muscular system comprises muscles that are attached to bones by tendons (or other connective tissues). Muscles contract when they’re stimulated to do so by nerves, causing movement throughout your body that you control with your brain

The extensor carpi radialis longus and brevis muscles are located on the lateral side of your forearm. They extend the wrist and fingers.

The supinator muscle is located on the posterior aspect of your forearm, deep to the biceps tendon and on top of the brachioradialis. This muscle helps to turn your forearm so that your palm faces up (supination). The action of this muscle can be felt when you squeeze a tennis ball between your thumb and fingers while keeping your elbow against your side.

The triceps brachii is a muscle that is located on the back of the upper arm, and it covers much of the posterior aspect of the humerus. It extends from three ossification centers: olecranon process, humeral shaft (just below shoulder), and radial tuberosity.

The lateral head originates with anterior surface portion between scapula spine and acromion process; other attachment points include coracoid process of scapula and supraglenoid tubercle on scapula.

The triceps brachii is responsible for extending elbow joint when it contracts simultaneously with biceps brachii during flexion movement at elbow joint or forearm rotation under load (such as moving weight using arm curl exercise).

The anconeus is a muscle in the back of your arm.

The anconeus is a small triangular muscle located at the back of your arm. It lies deep to (below) your biceps brachii and on top of (and behind) your triceps brachii. The word “ancon” means elbow, so you can think of the anconeus as being where your forearm meets your upper arm.

The muscles of the arm include some important ones that cause movement in the arm and elbow.

The muscles of the arm include some important ones that cause movement in the arm and elbow. The deltoid is one of these muscles, and it allows for movement of the arm. Another important muscle is the biceps brachii, which allows for flexion at the elbow joint.

The arms are a very important part of the body, from an evolutionary standpoint as well as a functional one. They give us the ability to manipulate objects with our hands and fingers, which is essential for many different tasks. Their muscles allow us to move them around in many different ways, depending on what task we want them to perform at any given time.

Add these exercises into your training.