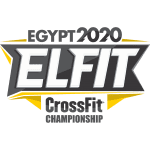 ELFIT CrossFit® Championship is an international fitness competition held in Egypt, launched in February 2013, with more than 5000 athletes over the years from more than 45 countries. ELFIT brings together a huge community of athletes from games level athletes to rookies & spectators from countries all over the world all joined in one of a kind experience, to compete, gather and celebrate well-being and fitness together.

As of may 2019 ELFIT was officially announced as one of Crossfit® sanctioned events, acting as an independent fitness competition licensed by CrossFit®, where the top male, female, and team will receive invitations to compete directly at the 2020 CrossFit® Games in Madison, Wisconsin. The newly sanctioned ELFIT CrossFit® Championship will be held in April of 2020.