The athlete will alternate between kettlebell movements and the ski ergometer. The workout concludes when the athlete is done with all of the movements. 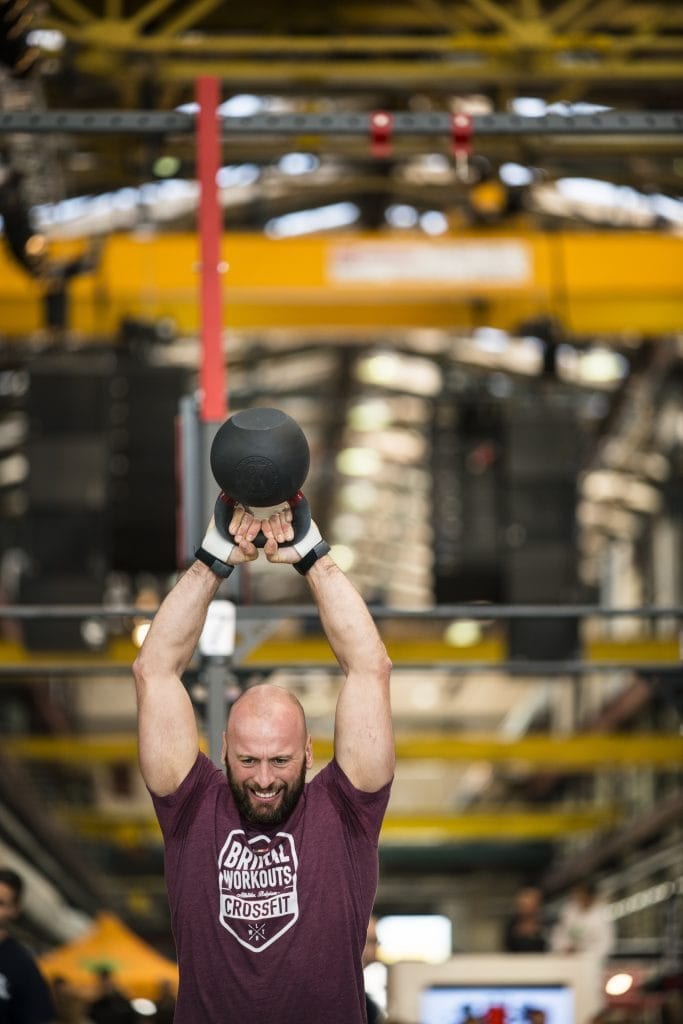 Score is the time it takes to complete all of the reps.

Each repetitions begins from the ground.

This Firefighter Hero WOD is dedicated to Jonathan Holmann, FDNY, Haz-Mat 1, who was killed on September 11, 2001. Dedicated to faith, family and expanding the tools of his trade — that was Firefighter Jonathan R. Hohmann.

In his 13 years with the Fire Department, the 48-year-old Tottenville native moved up the ranks until he eventually joined Hazmat Co. 1 in the Maspeth section of Queens. He was a skilled mechanic — taking on a second job as the master mechanic for a trucking company in Queens — left for work each morning at 5 a.m. and was devoted to his church, his wife, and his two young sons.

He was trained for events like the tragedy that unfolded on Sept. 11. So it should serve as no surprise that Mr. Hohmann and his crew were outside the Twin Towers 18 minutes after the planes hit. His squad was assigned to Tower 1 between the second and 12th floors. Now, Mr. Hohmann and 18 of his comrades are among the missing.

Deadlift Back Workouts for CrossFit Athletes to Improve Midline Stability

7 CrossFit Rowing Workouts for Everyone that Loves a Challenge