Grow Your Glutes FAST with these 3 Exercises (NO Squats) 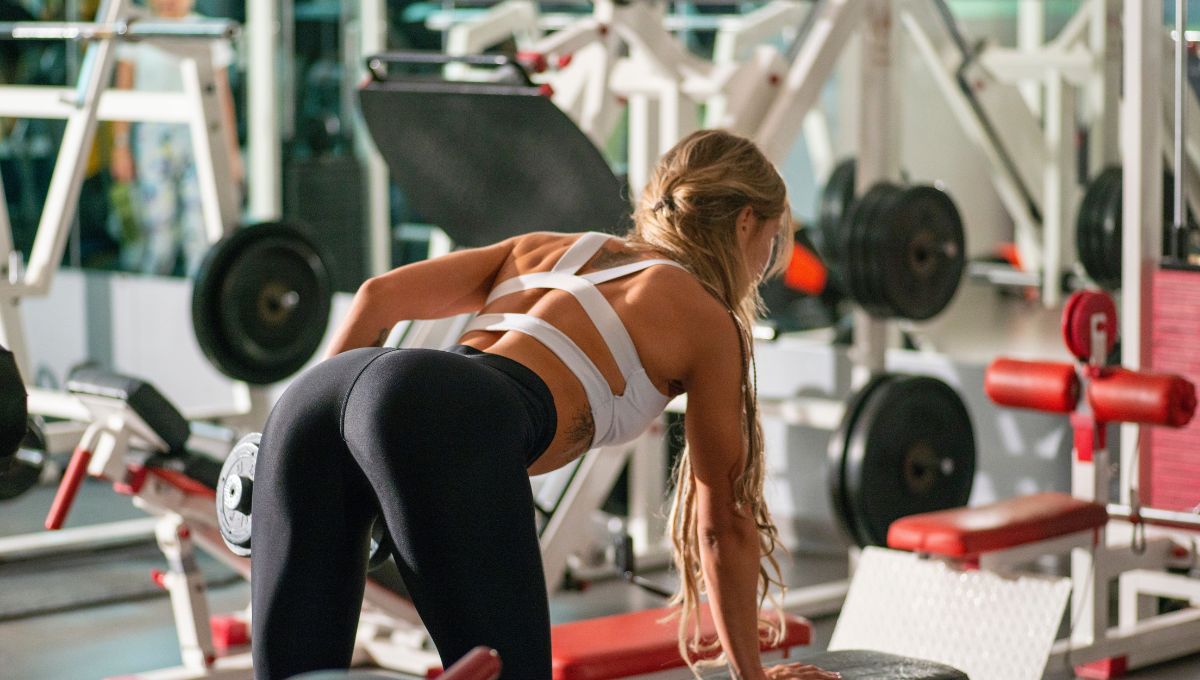 Learn how to grow your glutes fast with these 3 exercises. They have been chosen by Critical Bench.

Grow Your Glutes FAST with these 3 Exercises

“Is it really possible to grow your glutes faster? Find out from Strength Coach Brian Klepacki, MS, CSCS what 3 exercises give you the best shot at growing your glute muscles faster without doing squats, lunges or deadlifts.”

“That’s right, no squats, lunges or deadlifts to get that butt to grow!”

“When it comes to targeting the glutes, most of us resort to LEG exercises. Of course squats, lunges and deadlifts are amazing exercises and some of the best you can ever do but they aren’t specifically BUTT exercises.”

“The glutes have a few primary functions and in this video, Coach Brian reveals how to isolate those glute muscles and activate them without focusing on the hamstrings and quads.”

Muscles of the glutes and legs

The gluteal region is comprised of four main muscle groups: gluteus maximus, gluteus medius, gluteus minimus and piriformis. These muscles are located on the posterior aspect of the thigh; they form part of the hip region.

The gluteus maximus (or simply, “glutes”) is a large muscle that makes up the bulk of your buttocks. It has three origins: the ilium (your hip bone), the sacrum (your tailbone), and the inferior aspect of your femur—the largest bone in your thigh. The gluteus maximus inserts into multiple places including:

The gluteus maximus is responsible for extending and externally rotating your leg at the hip joint as well as abducting it to some degree. It also extends at both joints when you are standing or sitting upright with one leg crossed over another.

Although its primary function is to extend and externally rotate at the hip joint, it can be used in conjunction with other muscles to flex or adduct if needed.

Location: The gluteus medius is located in the upper portion of your buttocks. It runs from your lower back to your hip and down to the top of your outer thigh.

Function: This muscle helps keep you upright when you walk, run or jump. It also helps stabilize your pelvis as you move around, which allows for smoother walking and running motions.

The gluteus minimus muscle originates on the outer edge of your pelvis and inserts into your upper thigh bone (femur). The gluteus minimus works to abduct (spread) your thigh from side to side. It also helps you flex at the hip joint, which is when you move your leg toward your torso as if you were about to sit down in a chair.

The piriformis is a small muscle that originates deep in the gluteal region and has an insertion near the sacrum. The piriformis helps to rotate your leg outward, which can be helpful if you’re trying to lift an object with your legs out of the way.

It also helps move your leg away from the midline of your body (for example, when twisting), as well as helping support one side of your pelvis at a time during walking or running (your body shifts more naturally than if you were carrying both legs on one side).

The adductor magnus is a muscle of the thigh that lies deep to the gluteus maximus. It extends from the posterior surface of the pelvis to its lower border, where it becomes tendinous and inserts into the linea aspera.

The medial head originates from several muscular fibres attached to various points on the anterior superior iliac spine and upper pubic ramus; it also receives fibres from an aponeurosis which covers these areas. The lateral head originates from a broad area just above and medial to its insertion at linea aspera; there is no distinct origin for this part of adductor magnus, but there are many muscular fibres attaching directly or indirectly onto it.

The quadratus femoris is a muscle in the thigh. It is part of the quadriceps muscle group, which includes four other muscles: rectus femoris, vastus lateralis, vastus intermedius and vastus medialis.

The quadratus femoris originates from several areas at the hip joint such as the acetabulum (hip socket), iliac crest and anterior inferior iliac spine (AIIS). The fibres of this muscle run in an oblique direction to insert into the posterior part of upper portion of tibia near its head (shin bone). This muscle forms a tendon that attaches to your kneecap (patella) which allows you to extend your knee joint when you walk or run.

The quadriceps tendon attaches these four muscles together so they act as one unit when moving your lower leg against gravity – for example during walking or running activities.

Adductor brevis is a small muscle that lies deep to adductor longus. It originates from the pubic bone and inserts onto a bony tubercle on the medial surface of the proximal femur. There are two muscles of this type in human anatomy, one on each side of the pelvis (one is shown here).

Adductor brevis acts to adduct (bring together) your thigh against your body, contributing to hip flexion, hip extension, and internal rotation movement. It also assists with abduction of your thigh during walking motions such as running or skipping.

The adductor longus muscle is a long and wide muscle that originates on the anterior superior iliac spine, or ASIS. It then passes down the thigh to insert on the medial side of the femur, which is its other end point.

The function of this muscle is to adduct (move towards midline) and flex (bend) your hip joint; it also assists with flexing your knee joint.

The obturator externus is a muscle that lies on the outer side of your hip and helps to adduct (move toward the midline) your thigh. It also stabilizes your pelvis when you stand or walk. The obturator externus is part of a group of muscles called adductors, which are responsible for moving limbs inward toward the body’s centerline and producing lateral rotation at the thigh.

The obturator externus originates along both sides of iliopubic ramus and pelvis, as well as from fascia lata (a thick band of connective tissue around most of your outer thigh). The tendon then passes through gluteal fossa before inserting onto lesser trochanter via strong ligamentous connections near greater trochanter and lateral femoral epicondyle (boney protuberance on outside surface), where it blends with other muscles in front part of hip joint capsule.

The obturator internus is a muscle of the hip that originates on the superior pubic ramus and inserts into the anterior wall of the lesser pelvis, just posterior to the obturator membrane.

It’s one of four muscles that surround your hip joint and control side-to-side movements in your hips, such as kicking a ball or squatting to pick up something off the floor.

Injuries can happen when you don’t stretch properly before exercising or lifting weights. Strengthening these muscles will help prevent injury if done correctly too!

Try adding the three exercises explained in the video above into your training.