Flach inspired people around the world after competing in the decathlon US Olympic trials two weekends ago. 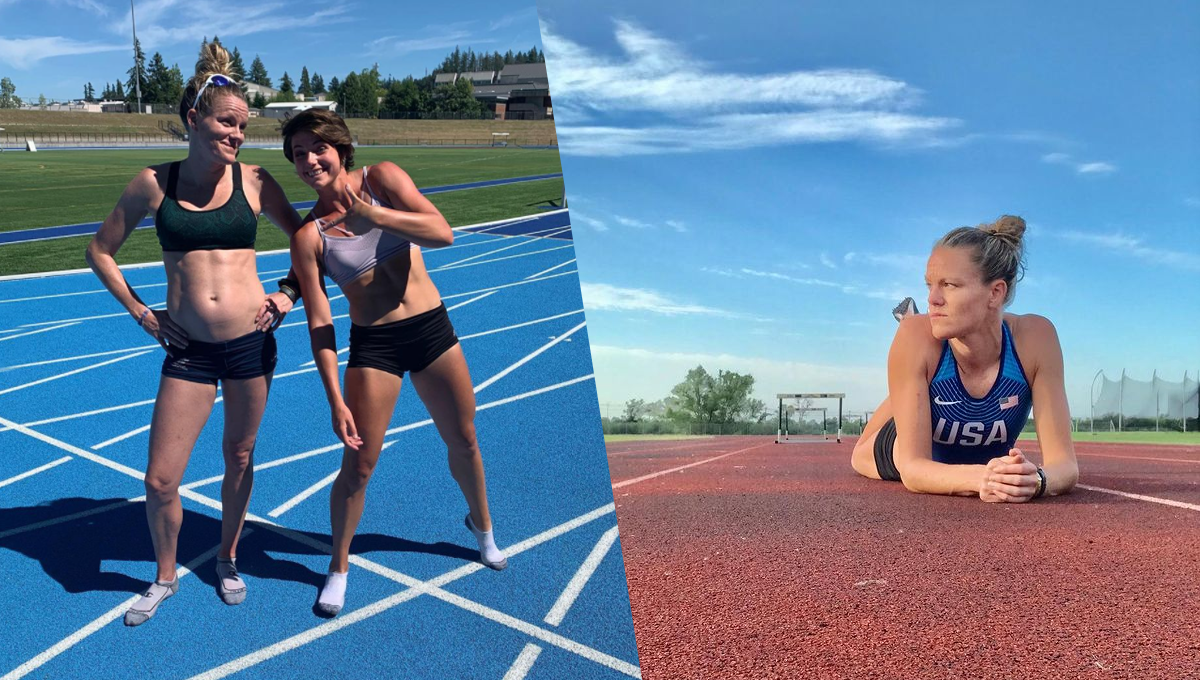 US heptathlete Lindsay Flach went viral last weekend after competing in her third US Olympic trials at 18 weeks pregnant.

Flach didn’t make the Olympic team, but that didn’t stop her incredible story from spreading.

The 31-year-old was hoping to finish her track and field career on her own terms after finding out she was pregnant in March.

Talking to Yahoo Sports, Flach announced she had initially planned to aim for a spot in the US Olympic team for the 2020 Tokyo Games before retyring from the sport. However, with the pandemic postponing the global event, Flach decided she “could no longer put her life on hold.”

On Friday, June 25, on the eve of the start of the heptathlon competition at the US Olympic Trials, Flach announced on social media she was 18 weeks pregnant but would still compete. She posted photos of her baby bump with the caption: “The secret 🤫 is no secret anymore.”

“I went into this meet for me. (Trying to sneak under the radar 😳😊) Wanting closure for my track career before I moved on with life,” she wrote on Instagram after the end of the trails.

Flach competed in seven events over the course of two days in Eugene, Oregon, where the trials were held. Notably, temperatures became so high on Sunday afternoon some events had to be delayed to the evening.

The decathlete took precautions to keep herself and her baby safe, taking careful step patterns during the hurdles that resulted in a slower time but ensured she wouldn’t trip and fall, as well as bowing out of the high jump, shot put and long jump after one attempt at each event and only running the first 100m of the 800m trial.

“It was hard mentally because I knew I wasn’t going to be able to compete at the level I was capable of 18 weeks ago, but I just wanted to prove what women are capable of,” Flach told Yahoo Sports. “To end one chapter and begin another on my terms was amazing.”

The heptathlon is considered one of the hardest track and field disciplines and consists of 100-meter hurdles, high jump, shot put, 200-meter sprint, long jump, javelin throw, and 800-meter run.