Individual Event 2 of The CrossFit Games is 30 Ring Muscle Ups for time. 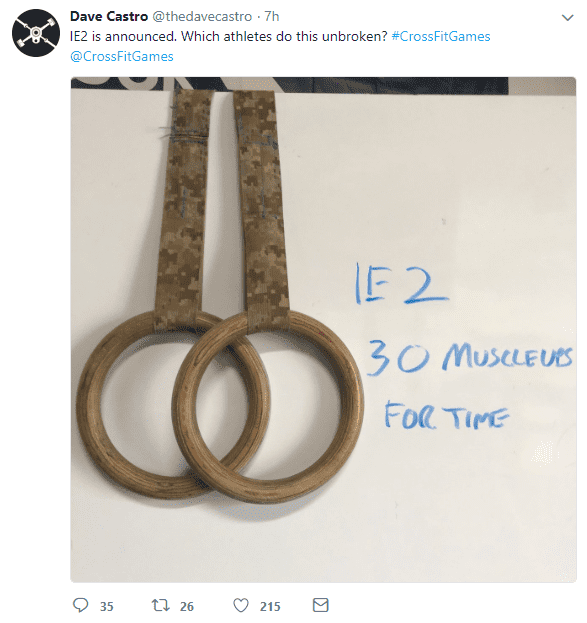 Who do you think will win this?

Noah Ohlsen is one candidate, as he regularly posts videos of himself performing high rep sets of ring muscle ups.

Individual Event 2 will be part of a brutal first day at the 2018 CrossFit Games.