The price per month is insane. I’m paying twice as much as a luxury gym nearby that literally offers fancy herb infused saunas, Jacuzzis, and a water slide. Instead, as a typical CrossFit gym, you get barbell equipment, rowers, a jungle gym and kettlebells.

The equipment is much less than you’d find at a tradition gym.

Many people there are not there to actively meet people or make friends. They are there to work out and get fit and healthy and look better. Hence, you must make an active effort to put yourself out there, introduce yourself to people, and get a conversation going. Otherwise, they just stand there before the class waiting for class to begin and then they leave immediately after class.

You use a good amount of momentum in your training; kipping pull-ups, dumbbell snatches, renegade rows, kettlebell swings, and so forth. You can still build a good amount of muscle using momentum since you’re still pushing yourself as hard as possible using the heaviest weight you can. But if your goals are building as much size as possible, CrossFit makes it harder since bodybuilding is about eliminating a lot of the momentum so that you can force the muscle you want to improve to take all the load, rather than rely on momentum to do the work.  Also, the momentum plus the competitive component of CrossFit can tilt people into using bad form.

The coaches only need a two day certification. This one is thrown around a lot on the Internet as a downside to the credibility of the coach. It’s not the most appealing thing for me for sure, though it still beats working out alone and having no one to spot your weaknesses or help you in case you can lift the bar up. 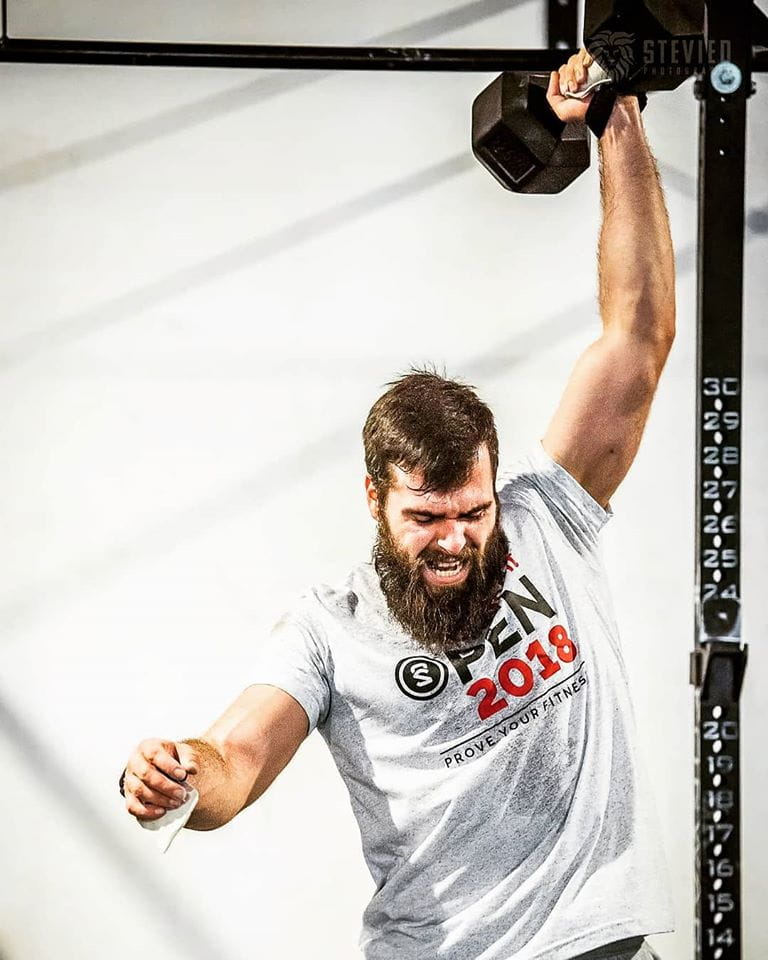 Coaches move on from the gym on a frequent basis. You would expect the turnover to be lower considering that I heard coaches get free membership. In my three years of CrossFit, I’ve seen dozens of coaches leave the gym and new coaches replace them. Maybe my next points can explain why.

There’s only a few classes at specific times per day. I’m not a morning person so I can’t make the 5 AM or 6:30 AM classes. I have work so I can’t really make the noon classes or the 3 PM classes. So I have the choice between the 5:30 PM and 6:45 PM class. If I’m late or something gets in the way or have other priorities, I have to schedule around those times or skip the class. It’s a bit of an inconvenience compared to a 24 hour gym I used to go to. I had so much more flexibility and I was able to get more done whenever I wanted, which often meant late at night. Since equipment is limited, you may have to pair up with someone who is a lot weaker, stronger, shorter, inexperienced, or taller than you, which drops the efficiency of your workouts. You have to pull off and put on weight for bench presses or squats. Your partner may be impatient or believe they are “pushing hard” when they aren’t, which may rush you.

Some coaches aren’t the most attentive during class. This is a case by case basis and some coaches really do spend all the time and focus helping and spotting form issues with our classmates. Other coaches are a bit less attentive and may be on their phones after they explain the workout.

As mentioned, you get less equipment than at a commercial gym. You can do so much with a barbell, but if you want to hit some minor muscles with isolation work, it’s hard to do. There are some free weights available, but the selection isn’t as extensive as at a commercial gym. 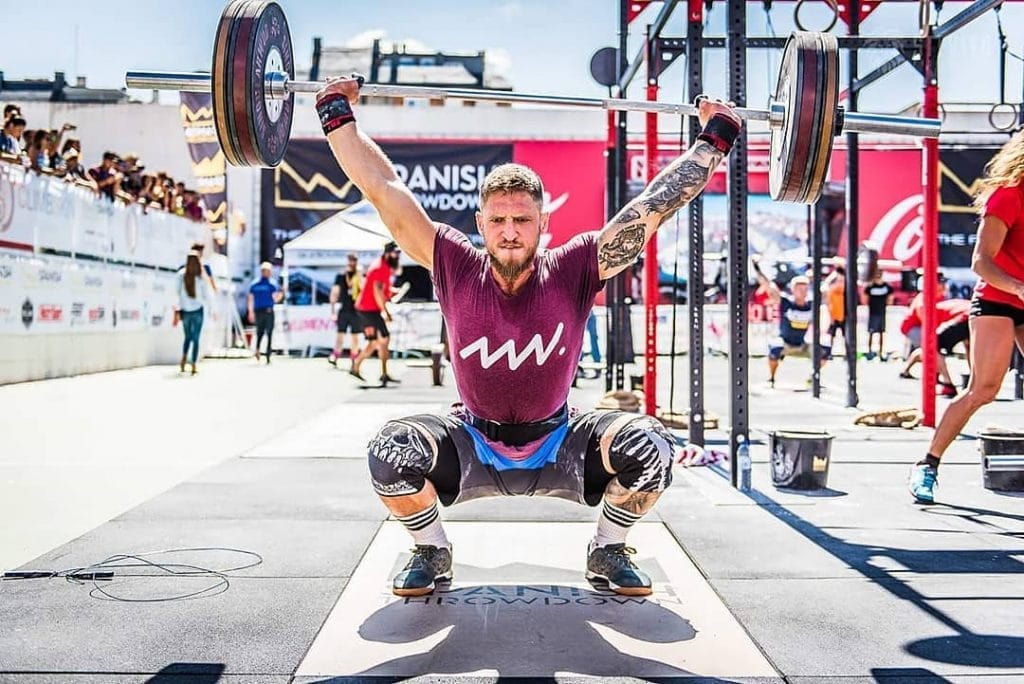 There are, sometimes, social pressures to push the workouts as hard as you can go, to race through them and compete with others nearby. To use as much weight as you can and compromise technique can lead to injury. My gym has good philosophies around this and even has a big sign that says “form above all else” on the wall. It’s less pronounced, but I still feel it given that I’m competitive and the workouts are geared towards finishing faster or with more repetitions than others.

A good portion of attendees to every class is new. Tons of people want to try it out for the first time and many don’t stick around after the first day, week, or month. Because of the new people, coaches often have to go over movements experience people are familiar with already. Since you’re in class, you have to participate and this cuts down on productivity sometimes, as you have to wait 10 or more minutes for them to train and exercise. That said, some coaches will let experienced people just set up and get going on their own.

The workouts are pre-programmed, so they may not completely fit with your fitness goals. For example, Wednesdays are usually “skill” days aimed at preparing you for CrossFit technique in case you want to compete. Therefore, you learn skills like handstand walks, handstand holds, rope climbs, double unders, and handstand push-ups. CrossFit doesn’t usually do as much bench press as in a typical bodybuilding workout routine, so you may need to hit pecks on your own a bit more if you want volume there. 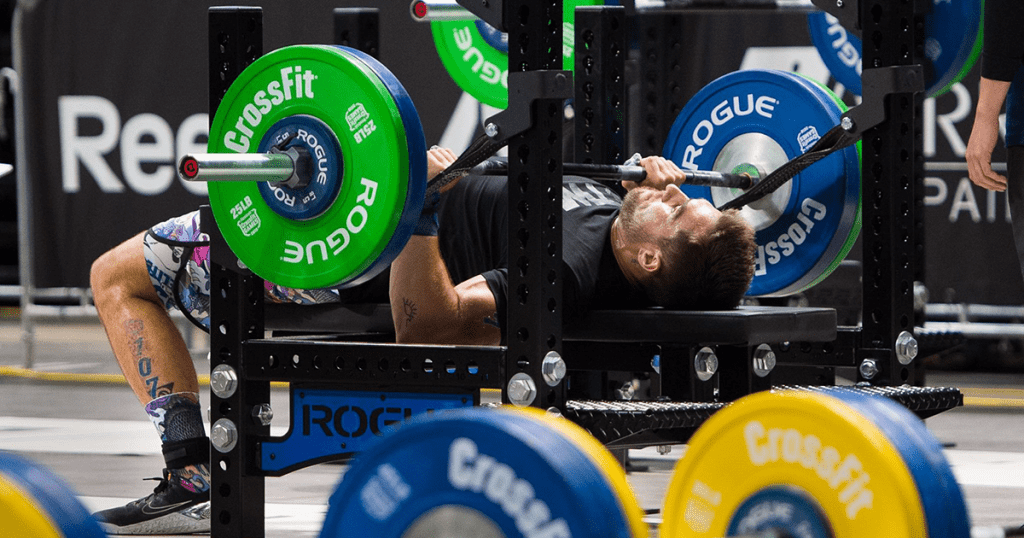 I want to build muscle size and don’t care much for the skill work. Hence, I either have to make extra time after a workout to hit the body parts I want to or skip class to workout on my own. This goes back to my points about freedom of working out and productivity since the gym closes at 8 o’clock, so I would have to do the 5:30 class in order to have time afterwards to get extra work in.

I got a bit of friendly flack for skipping class or working out alone on occasion, probably because people are curious, concerned, or it’s not seen as normal in a class setting. It was a bit annoying, but I wasn’t too insecure about it since the experienced CrossFit athletes are always doing their own workouts as well during open gym times.

Some women don’t like how large CrossFit makes their neck, back, quads, glutes and trap muscles. I agree this happens, but it takes years of dedication to develop such strength. Gaining that much muscle is not easy. It’s not a quick eight week process. Overall, I think the biggest decision factor for whether or not you should do CrossFit is whether or not you enjoy it. The people who are the most jacked at the CrossFit gyms I’ve been to have almost always been the ones who absolutely love CrossFit. You can just see in their behaviour. After years of doing it, they’re still going to the gym for a couple of hours a day.

I’ve also seen a lot of people who initially seemed to be all-stars and workout a lot slowly fade away completely from attending after several months. If you are motivated by showing off, impressing others, or staying fit, those are beneficial motivators, but they’re not as nearly as strong as doing it because you enjoy it.

I personally had huge scepticism going into CrossFit, trying a couple gyms out before committing to a one-month membership. From there, the community won me over. I already knew how to do a lot of bodybuilding exercises, so I didn’t really go there as much for education. Along the way, I found good friends and I just loved the whole idea of seeing people I knew on a regular basis that I could talk to.

I stumbled across a lot of barbell education that I didn’t know I needed, which has exploded my strength gains. I’ve been PRing still on many lifts three years later.

There are some downsides that I’m currently willing to cope with for the benefits I get, including the price, the equipment and less flexibility with when I can exercise. And my opinions may change in the future if I’m still willing to pay that price.

My decision to do CrossFit is not a completely logical one. I can’t justify the high price. It’s partially emotional, and I may be paying them more than I need or should for my community and mental health. But maybe not, since modern American society makes it hard to create a natural, convenient, obvious form of tribal community. It beats silently repping curls at a standard gym or feeling lonely at home.

I will say that my brand of personal finance philosophy is about enjoying every stage of your life. It’s not about suffering so much that you hate the first half of your life so that you have saved up enough to enjoy the second half of your life. In one of Warren Buffett’s shareholder meetings, he said that he disagrees with the whole approach of skipping a trip to Disneyland with your kids so that 40 years down the line, you can add another 10 feet to your yacht. Compound interest is magical, yet more money in the future isn’t always the right answer.

What do you think? Let us know in the comments section.

10 Great Press Up Variations for Strength, Power and Muscle