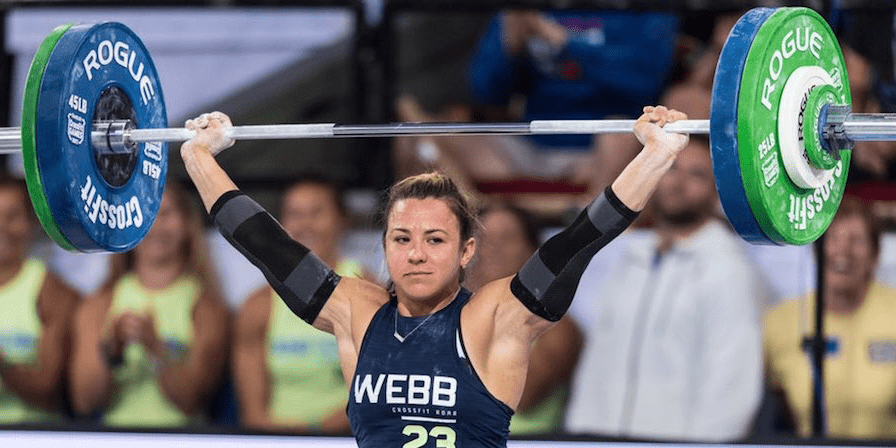 Kara Saunders takes first place and secures the second place on the leaderboard at the end of day 1 at the CrossFit Pacific Regionals. Check out Event 4 below.

Any problems with watching? Click forward to 1:42.52 for the final heat between Kara Saunders and Tia Clair Toomey.

“I am a competitor and I was born with the drive to win things and I like to win, so I don’t love coming second, third, fourth, fifth—I want to come first. But this year, my focus is coming in first at the right time.
–
“For me, I am kind of treating this as more of a rough draft. I am not using that as an excuse by any means. I am not going to pull back and not be concerned about winning, I still want to. But if I don’t, it doesn’t mean anything for right now. This is the perfect opportunity for me to see if I (fixed) the mistakes that I learned in the Open and then what is still left to fix when it counts.”