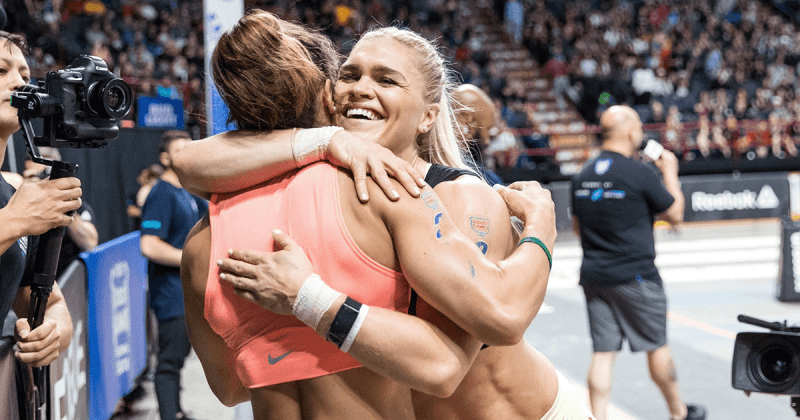 A little lost for words right now .. just very happy with the weekend 🌟🙏🏼💙✨ THANK YOU for cheering me on all weekend – you guys are what makes competing so magical !!

“We have put in more work & worked harder than we ever have before. Now: it’s time to COMPETE 💥🐯🔥👊🏼 So PROUD to be #BuiltByBergeron & so excited for this season that is juuuuuust getting started! See you on the comp floor in TWO days.”

We have put in more work & worked harder than we ever have before. Now: it’s time to COMPETE 💥🐯🔥👊🏼 – So PROUD to be #BuiltByBergeron & so excited for this season that is juuuuuust getting started! See you on the comp floor in TWO days ❤️ // @comptrain.co @benbergeron

WHAT A DAY! 💥😍❤️🐯🔥🙌🏼 AHH – Loving being back on the competition floor! – Two SPICY workouts down .. see ya again tomorrow! #BuiltByBergeron @comptrain.co @aerobiccapacity @benbergeron @aerobiccapacity @crossfitgames