Kristin Holte has won Event 1 of the 2018 CrossFit Games, The Criterium.

“The ten-lap Crit race was about strategy and keeping Your pace. Kristin Holte (@holtekristin ?? held her line and took the lead in the final lap to win the opening event of the 2018 Reebok CrossFit Games (20:00.2)”

See how the other female individual athletes stacked up against the impressive performance of Kristin Holte. 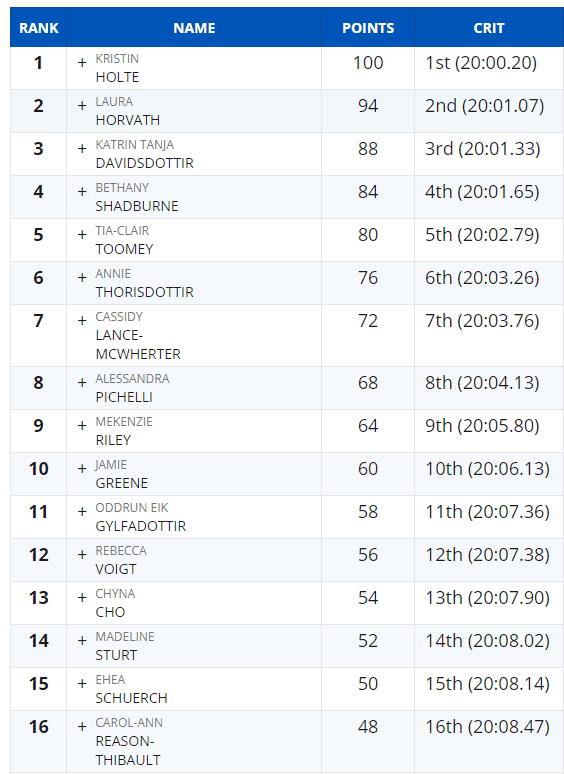