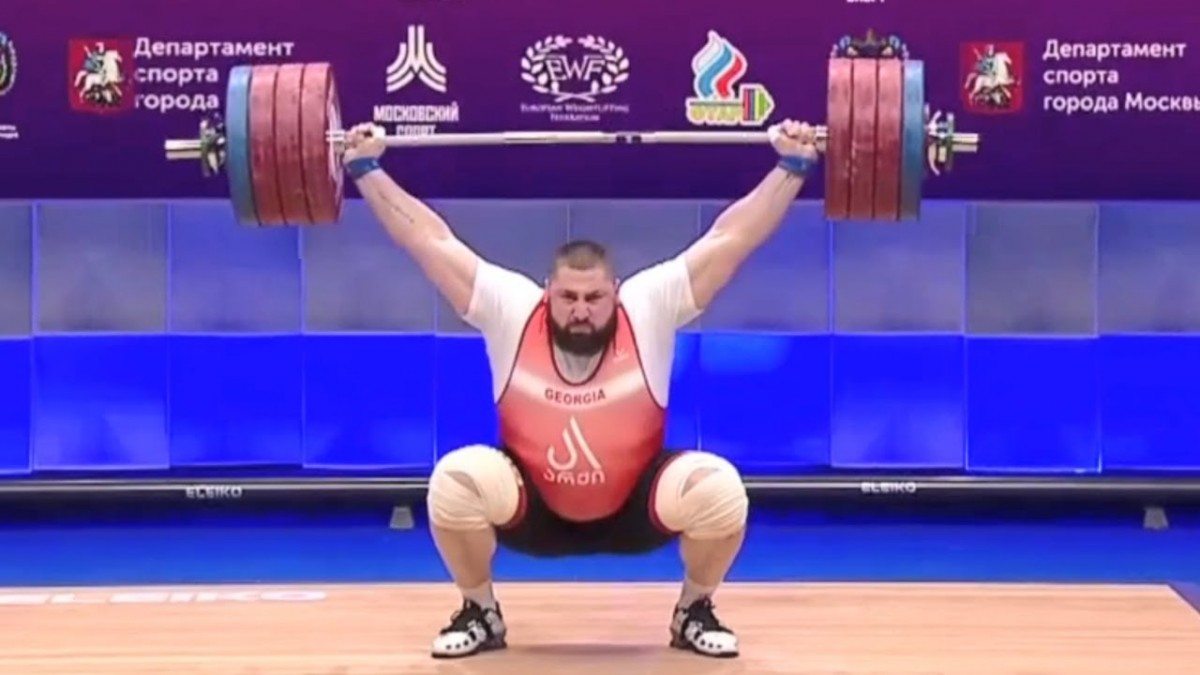 Lasha Talakhadze is known for being at the top of his game, but during a training session this week, the Georgian heavyweight smashed not one, but two jawdroppingly heavy lifts — both of which were shared by his coach on Instagram.

At just 27-years-old, Talakhadze already secured two weightlifting world records this year at the European Weightlifting Championships when he scored a 222kg (489lb) snatch, that led to a 485kg (1069lb) total.

But in his training session this week, the heavyweight absolutely smashes that record and set his own. Both videos were filmed by coach Giorgi Tchintcharauli.

Unfortunately for Talakhadze, the record was not official because the athlete only landed it in training, and not competition.

But that said, the relative ease of this massive 225kg (496lbs) snatch means that Talakhadze is likely not far off hitting this weight in competition, blowing his previous effort on the floor out the water by 3kg.

The Georgian then followed up that insane snatch with another unofficial record; a huge 270kg (595.25lb) clean & jerk.

This effort, if done in competition, would have surpassed the 2019 world record he currently holds, which is a massive 264kg (582lb) set at the World Championships in Thailand. Talakhadze is in a league of his own at this point, now challenging himself more than any competitor.

He is inching his way towards his 500kg (1,102lbs) goal. However, he also made clear that once he hits that weight, he will be looking for the next.

It will be exciting to see this Georgian heavyweight take back to the competition circuit to solidify these world records and continue to get better and better.