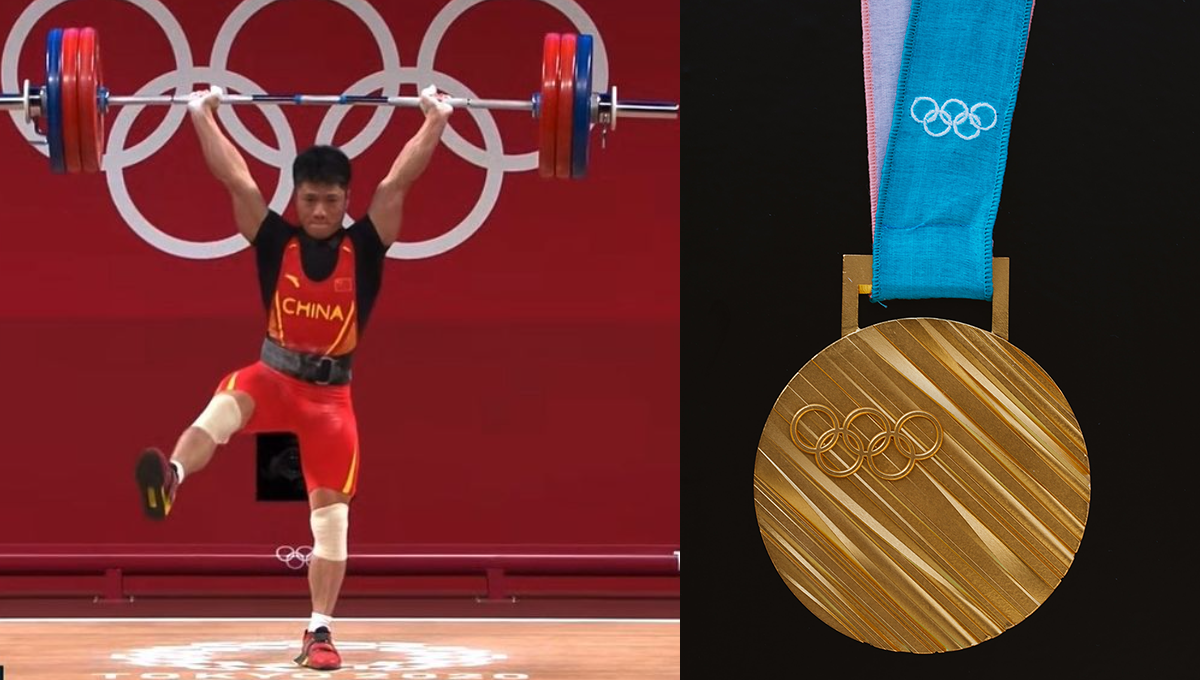 With the 2020 Tokyo Olympics now in full swing, the world’s finest athletes are earning their medals on the world stage in sports such as skateboarding, gymnastics, synchronised swimming, and many many more.

In weightlifting, China’s Li Fabin landed Gold in the men’s 61kg category on Sunday, and he did so using an interesting technique — one which he stresses you should not try and do at home.

Fans have nicknamed this the famous ‘flamingo’ lift. Fabin uses one leg to correct his balance if a lift is in danger of going wrong. However it’s not something hobby lifters should every try.

“I have very strong core strength and muscles,” he said. “I know this move pleases the audience but I don’t suggest people make the same move. It could provoke injury.”

While standing on one leg, Fabin lifts a huge 166kg (366lb) above his head — nearly three times his own body weight in the opening lift of the clean and jerk. He was going head-to-head against Indonesian rival Eko Yuli Irawan. Two failed attempts from Irawan meant Fabin took home the Gold medal following an absolutely mind-boggling 313kg (690lb) clean and jerk. An Olympic record.

He has used the famous flamingo move in many competitions, but says it’s just a talent he has for correcting his lifts, and that he is not in any way trying to show off.

This was the second Gold medal won by China in weightlifting so far, with Hou Zhihui winning Gold the women’s 49kg event. This is Fabin’s first Olympic Games and first Olympic Gold. He’s also won Gold in the 2019 World Championships in Thailand, where he also won a World Record in the Snatch.

Read More: How to Build Explosive Power for Weightlifting and Functional Fitness