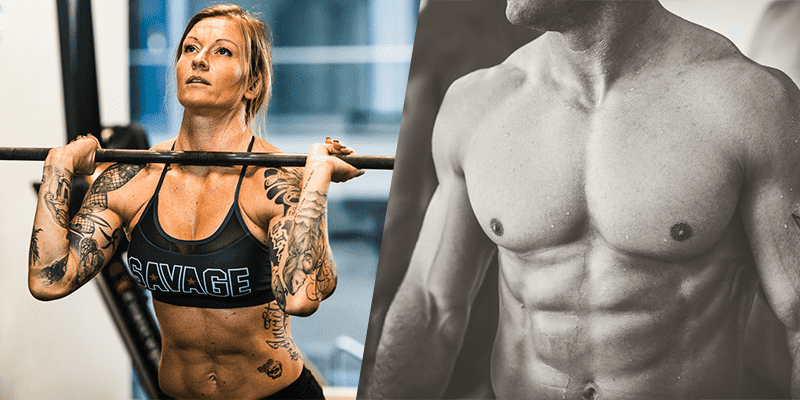 One of the most desired dreams of average gym goers and CrossFit athletes is building muscle mass and at the same time losing fat. The body cannot turn fat into muscle, however, it can enhance fat burning while maintaining lean muscle mass by choosing the right diet and exercises with strength components.

The first law of thermodynamics says: When energy passes, as work, as heat, or with matter, into or out from a system, the system’s internal energy changes in accord with the law of conservation of energy. It means that the body cannot produce more energy than it gets, which rules out building muscle and losing fat at the same time.

However, our body is an adaptable organism and this adaptability is managed by hormones. In a hormonally favourable environment, the body can switch into a mood where it preserves muscle mass and uses stored fat for energy.

The main hormone responsible for directing energy into muscles is insulin produced by the pancreatic cells. When the muscle cells are refilled, insulin directs the excess energy into fat stores. Insulin blood level can be manipulated by diet, activity and sometime it is the result of medical conditions, such as diabetes. Therefore insulin sensitivity is the key to losing fat while building muscle mass.

Insulin is released into the blood, when there is too much sugar. Low carbohydrate intake keeps the sugar low and insulin is not triggered, therefore it won’t store the excess energy in fat tissue. Insulin sensitivity can also by improved by exercise. According to a study published in the Journal of Sport Medicine, a single bout of exercise can increase insulin sensitivity for up to 16 hours post workout.

WHEN TO EAT CARBS

Before workout the athlete loads up on carbs in order to provide energy into the working muscles. Many professional CrossFitters manipulate the carb intake during the day. Mat Fraser also changed his diet in this fashion before his victory at the 2016 CrossFit Games. He cut out the junk food and included more natural food, fruits and vegetables. Fraser observed positive changes in his body composition. He dropped ten pounds, which improved his performance in gymnastics.

Obviously, you can afford low-carb approach if you do a sedentary job and hit the gym 2-3 times a week. But a professional athlete like Fraser must include more carbs in his diet to fuel the multiple workouts. But the idea of cleaning up the diet and focusing on quality foods applies universally.