Noah Ohlsen made a statement in Event 3 at the Atlantic CrossFit Regionals. He even beat gymnast Alec Smith to the finish line.

“@nohlsen was untouchable in Event 3 (7:40), going nearly unbroken to lock ? and make a move in the overall standings toward the center lanes. The competition floor is color-coded, with the four middle lanes colored blue to signify athletes in qualifying position. The white lanes represent those on the bubble who are trying to work toward the center. “ 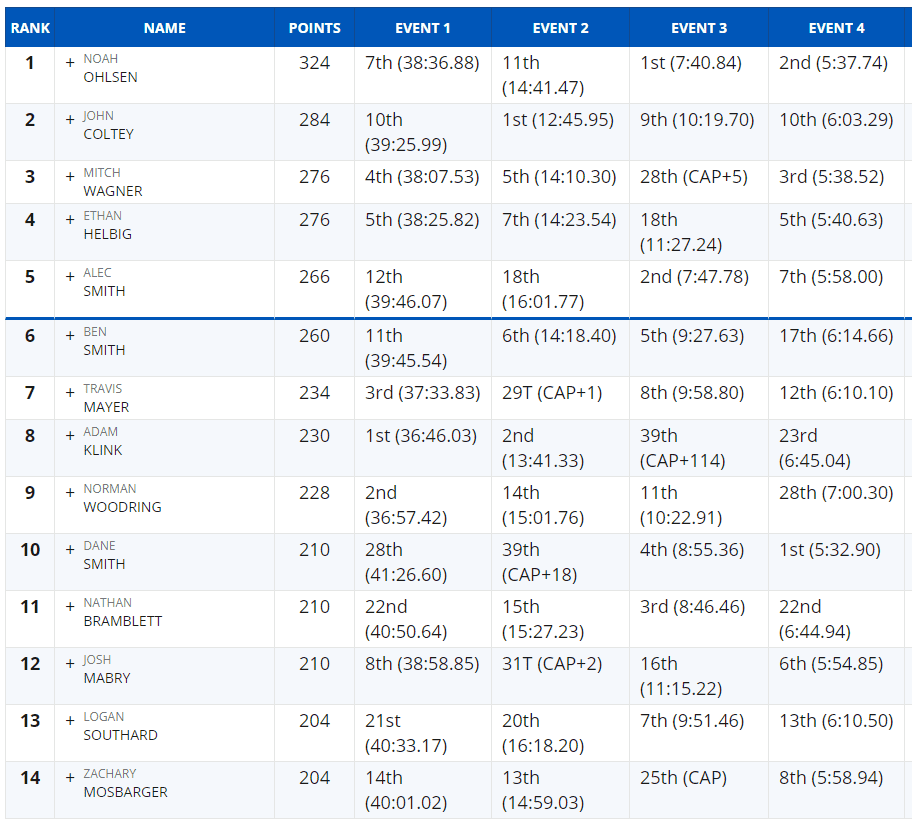