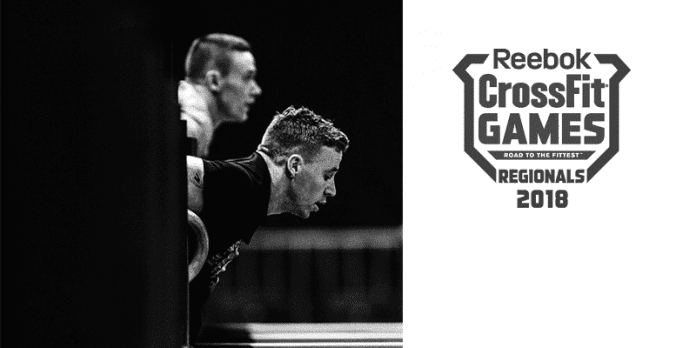 The UK Athlete raced through the final sets of pistols with BK Gudmundsson chasing him down. Mitch kept his cool and rapidly completed the last part of the workout and clocked up an impressive time of 8:33.67

@mitch_adamsz ?? and four-time Games qualifier @bk_gudmundsson ??woke up Saturday morning outside the top 10. Both men had their own obstacles to face in Event 3’s muscle-up, handstand walk and pistol event. Adams set a strong pace but could not separate from Gudmundsson, who took a late lead on the last traverse of the handstand walk obstacles. However, Mitchell was able to out duel BKG on the final round of pistols to earn the event win (8:33). ? @doooker #EuropeRegional #CrossFitRegionals #CrossFitGames

Russian athlete Roman Khrennikov finished day 1 in first place and this relatively unknown athlete is taking the competition apart by putting in another storming performance in event 3.

After three events, @cf_khrennikov_roman ?? has yet to finish outside the top three. No one tell that rookies don’t normally do this. #EuropeRegional #CrossFitRegionals #CrossFit ? @doooker @crossfitrussia

The workout has been designed by Dave Castro to test the gymnastic skills of the Regionals athletes. BK Gudmundsson took second place with Adrian Mundwiler in fourth and Frederik Aegidius in fifth. 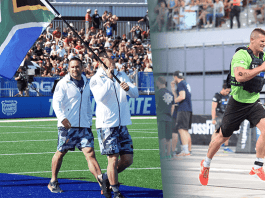