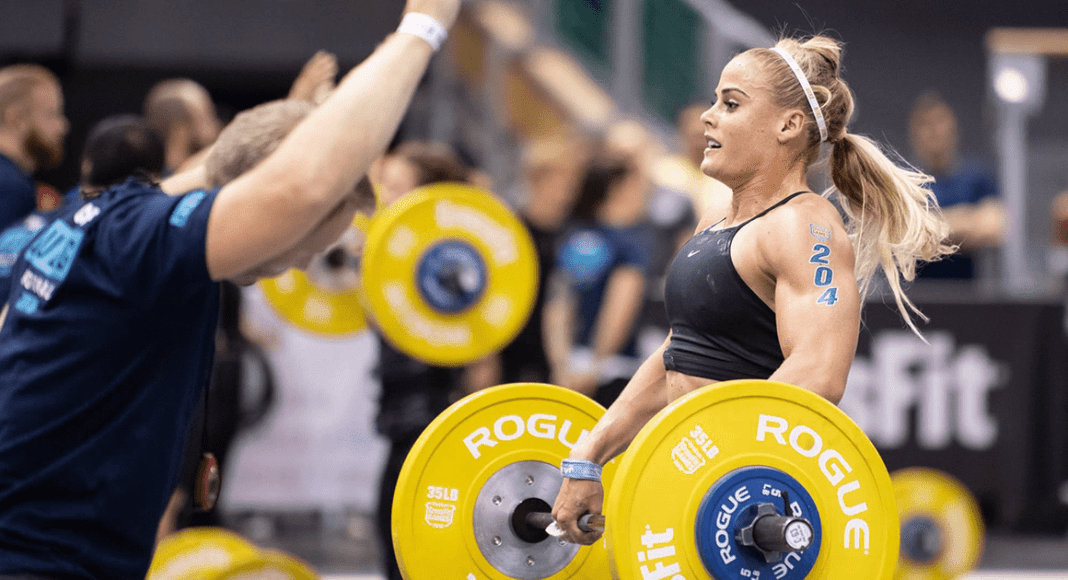 Sara Sigmundsdottir takes victory in Linda at the Europe Regionals.

“The final heat of women came out of the gates for Linda at a brisk pace. Annie Thorisdottir ?? led early, but then came the eights. Sara Sigmundsdottir ?? put the blinders on and hit the gas, executing a seemingly flawless plan and earning her seventh career event win with a time 12:53.”