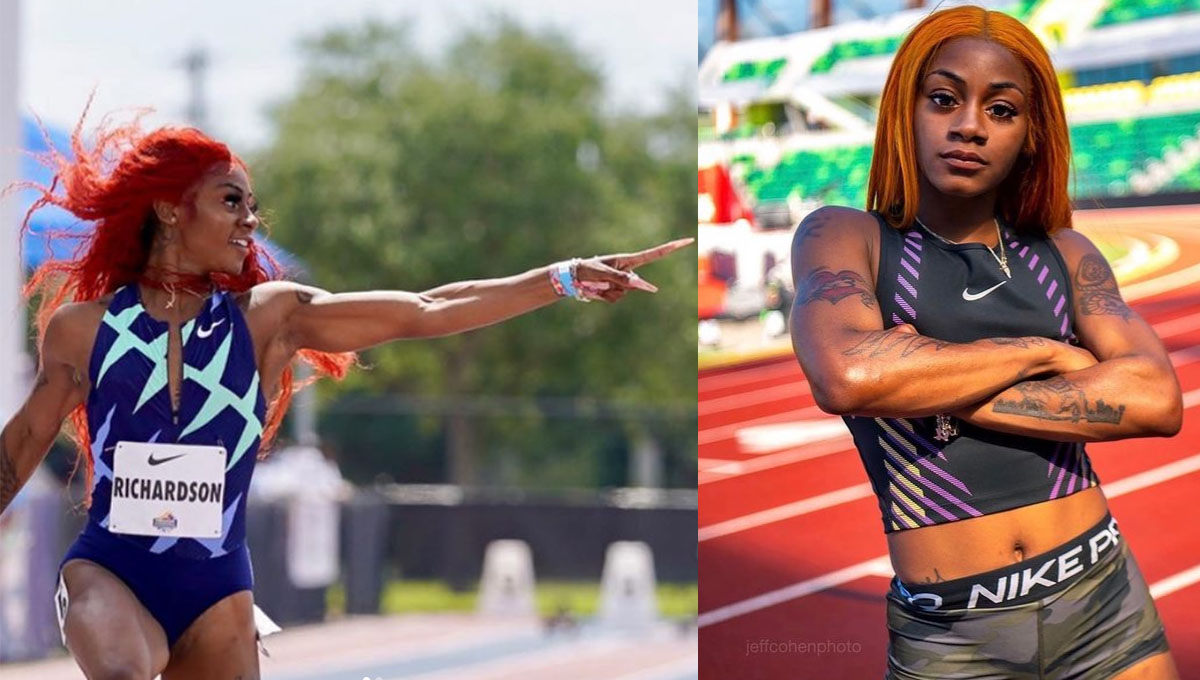 Sha’Carri Richardson is unstoppable. The Texas track star punched her ticket to the Tokyo Olympic Games this week after completely demolishing the competition with a 10.87-second 100m sprint in the U.S. Olympic Track and Field Trials

However, it was her time in the Semifinal heat that proved Sha’Carri Richardson is a track phenomenon with an incredible future ahead of her.

The 21-year-old pulled off a time of 10.64 seconds, which is one of the fastest ever recorded; all in full hair, eye lashes and technicolour nails. She’s that girl.

In an unrivalled performance, Richardson points at the clock as she breezes through the last 30-meters, solidifying her as one-to-watch when the Olympics kicks off in Tokyo later this summer.

However, the wind-reading was just over the legal limit of 2.0m/s, but the results are still valid given that every runner on the track would have received the same assistance.

Richardson’s fastest time was back in April where she ran the sixth fastest legal time in history — 10.72. The current World Record for the Women’s 100m sprint is 10.49 seconds ran by Florence Delorez Griffith Joyner (a.k.a. Flo-Jo) in 1988.

Just as impressive as her running speed is Richardson’s energy and heart, which has made her popular on social media. As soon as she qualified for the Olympics in the final heat of the Trails, she jumped into the stands to embrace with her grandmother.

“My grandmother is my heart, my grandmother is my superwoman, so to be able to have her here at the biggest meet of my life,” Richardson said “and being able to cross the finish line and run up the steps knowing I’m an Olympian now, it just felt amazing.”

"I just want the world to know that I'm THAT girl." 💥@itskerrii with this ENERGY.#TrackFieldTrials21 | #TokyoOlympics

In a post-race interview she thanked her girlfriend, and also revealed that her birth mother had passed away a week prior, with added to her determination to succeed.

“And the fact [is] nobody knows what I go through,” she said. “Everybody has struggles and I understand that, but y’all see me on this track and y’all see the poker face I put on, but nobody but them and my coach know what I go through on a day-to-day basis. I’m highly grateful for them. Without them, there would be no me. Without my grandmother, there would be no Sha’Carri Richardson. My family is my everything, my everything until the day I’m done.”