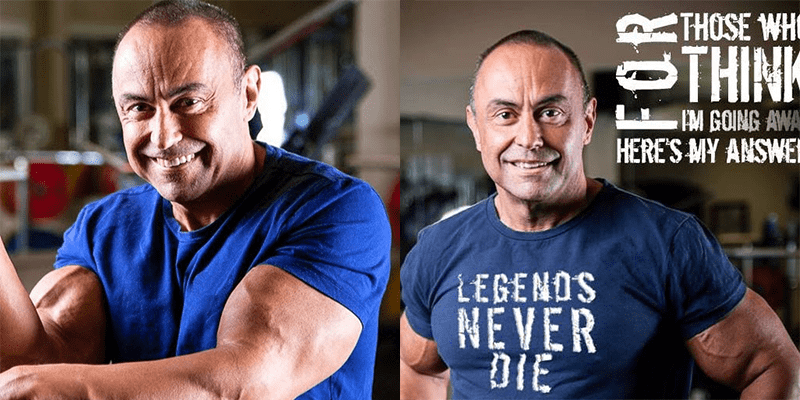 His Family Released this Statement

“It is with a heavy heart that the Poliquin family from Ottawa announces the sudden passing of their brother Charles, a strength trainer much esteemed in his community. He was 57 years old. He leaves behind his daughter Krystal, his brothers Michel, Daniel and Louis, his beloved sisters, Isabelle and Stéphanie as well as a countless number of friends. A celebration of his life will take place. Details on the event will be shared in the next few days.”

There is no exact information yet on the exact cause of his passing, but we will keep you updated. Charles Poliquin was widely respected as an authority within the fields of strength and coaching, often cutting a controversial yet passionate figure.

“Poliquin began working as a strength coach while he was in graduate school in Canada. He helped popularize German Volume Training.[1] In the late 1990s, Poliquin founded Poliquin Performance, opening the first Poliquin Performance Center in Phoenix, Arizona in 2001, and the Poliquin Strength Institute in East Greenwich, Rhode Island in 2009.[2] Throughout this time he certified coaches in the Poliquin International Certification Program (PICP), which includes a body hormone profiling method, which he invented, called BioSignature Modulation.[3] In September 2013 Poliquin parted ways with Poliquin Performance (now renamed Poliquin Group).[4] He subsequently founded another fitness company called Strength Sensei.[5] He has trained numerous Olympic and professional athletes.

Poliquin published articles in peer-reviewed journals of exercises science and strength and conditioning.[6] His training theories were introduced to the bodybuilding community in 1993 through his articles for Muscle Media 2000 magazine, and after 1998 through the online and print versions of Testosterone Magazine[7] (now known as T-Nation). He coined the phrase “the myth of discipline” to suggest that fitness results depend on how motivated a gymgoer is.[8] As a columnist, he has written over 600 articles in numerous publications.[3] Additionally, he is the author of eight books, many of which have been translated into 12 different languages, including Swedish, German, French, Italian, Dutch, and Japanese. His first book, The Poliquin Principles formatted a basic summary of his training methods and provided insight into the training regimens of some of the world’s top athletes.”¹