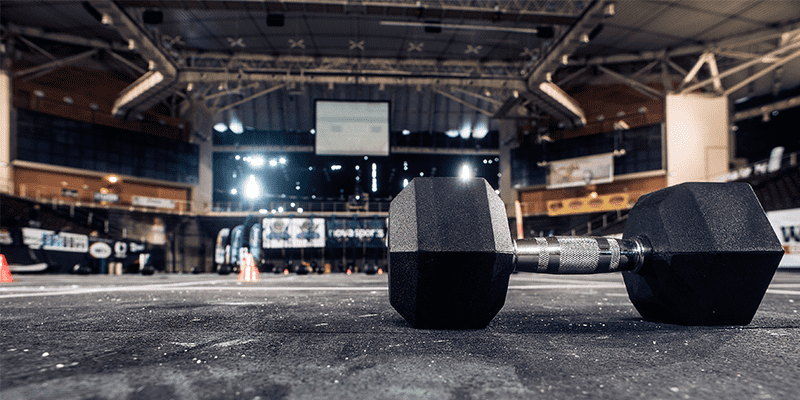 Fitness has been a part of my life since the age of fifteen. I remember step aerobics, spin class, kickboxing, Zumba, total body, abs of steel – you name it, I took it. At one time or another, I was a member of New York Sports Club, Equinox, Crunch, WOW, Club Metro, and a handful more. I always loved working out, but I would eventually get bored and try something or somewhere new.

At the age of thirty-four, I gave birth to my son and had the realisation that, if I can do that, I can do just about anything. It was then that I started to take weight training a bit more seriously and continued this for the next six years. I remember hearing about CrossFit.  I was intrigued and began to read and watch videos about it.

I started to create my own workouts based on what I imagined it would be and performed them alone at the gym. In November of 2013, I decided it was time to try CrossFit. I bought a Groupon to a box in Freehold, NJ called Full Dimension CrossFit. I was nervous, but completely ready to try something new. Unfortunately, all had to be put on hold.

It was Thanksgiving Eve 2013.  I woke up in the middle of the night with an intense, “thunderclap” headache. It was painful, but I managed to fall back asleep. I felt “off” the following day, not quite like myself.  But I could not identify the problem.

This feeling did not dissipate and over the next few days I experienced a loss of motor skills, a loss of balance and coordination and I found it hard to walk in a straight line. I would pick up a pen and immediately drop it. While driving, I would make extremely wide turns, feeling out of control. None of these behaviours made sense to me. I did not feel sick, but something was wrong.

Something was definitely wrong, but I had a doctor appointment at the end of the week and decided to wait and inquire then. The doctor suggested that I go for an MRI.  The results showed that I had an Ischemic Stroke. I was only 40 years old.

An Ischemic stroke is caused by a blockage in an artery that supplies blood to the brain. The blockage reduces the blood flow and oxygen to the brain, leading to damage or death of brain cells. If circulation isn’t restored quickly, brain damage can be permanent.  Approximately 87 percent of all strokes are ischemic strokes.

I did not expect to read that and I could not believe it. I followed up with multiple doctors in an attempt to find the cause, but unfortunately one was never found. I was in disbelief and scared, but wondering “when will I be able to try CrossFit?”  I took it easy for about five months, which was quite a challenge.

I walked on the treadmill and used light weights in an effort to keep moving. I continued this until I received clearance to do whatever I wanted, and what I wanted was to start a new fitness journey, and that is exactly what I did.

I vaguely remember my first CrossFit class. I recall feeling intimidated, and I don’t usually get intimidated by anything. I am pretty sure it was some kind of chipper, with large numbers of reps consisting of lunges, box jumps and more.

What I remember the most is that I would be back the next day and the day after that, I was in love.

I came back the next day and a consistent 5-6 days a week from that time forward. For at least the first year following my stroke, I had many instances during a workout when I experienced a headache and immediately thought I was having a stroke again.

It took an immense amount of self-talk and support from coaches and members who quickly became like family to me to help me realise that those thoughts were conjured up in my head and I was going to be alright.

CrossFit not only trained me physically, but mentally as well. I learned that when I am suffering through a WOD, my brain will stop before my body.

The more I showed up, the stronger I became.  Physically I could lift more weight and move faster than ever. My muscle strength, aerobic capacity, speed and tenacity increased greatly. I was never an athlete but somewhere deep inside there must be a competitor because I started to really embrace the whiteboard.

Mentally, I became tougher, more self-aware, better equipped at reasoning with myself and overcoming internal battles. The mind is a powerful tool. It can talk you in and out of anything.  The more you exercise, the stronger it gets.

I developed such a passion for this sport that after two years I decided to study and get my L1 Trainer Certification. I am forever grateful to have walked through the doors of Full Dimension CrossFit. I have been doing CrossFit there for over five years and have been coaching there for over three.

I am fortunate to be alive and able to compete against myself every day.

I am fortunate to be surrounded by some incredible humans that I get to see and train with every day. I am fortunate to be able to give back and try to instil my beliefs to others.  I continue to work on my physical and mental strength daily. It is a constant work in progress.

Related: Injury: How to Cope, Recover and Return Even Stronger