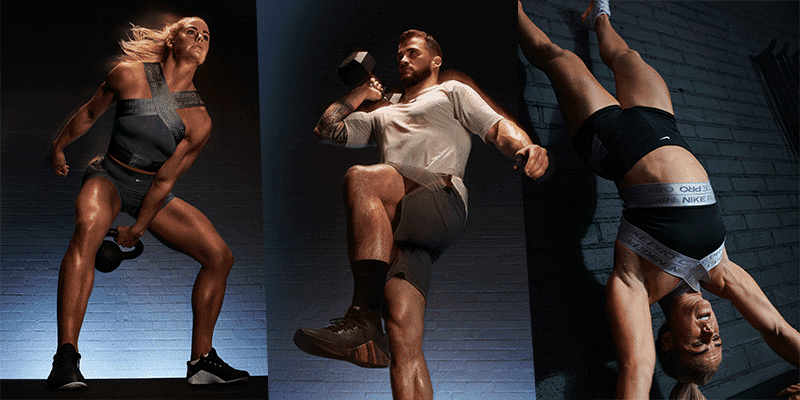 After 12,124 hours of testing by top athletes, the Nike Metcon 5 has arrived!

The fifth iteration is the most tuned and extreme Metcon ever, boasting new performance upgrades that cater to Cross Training athletes of all levels and abilities. 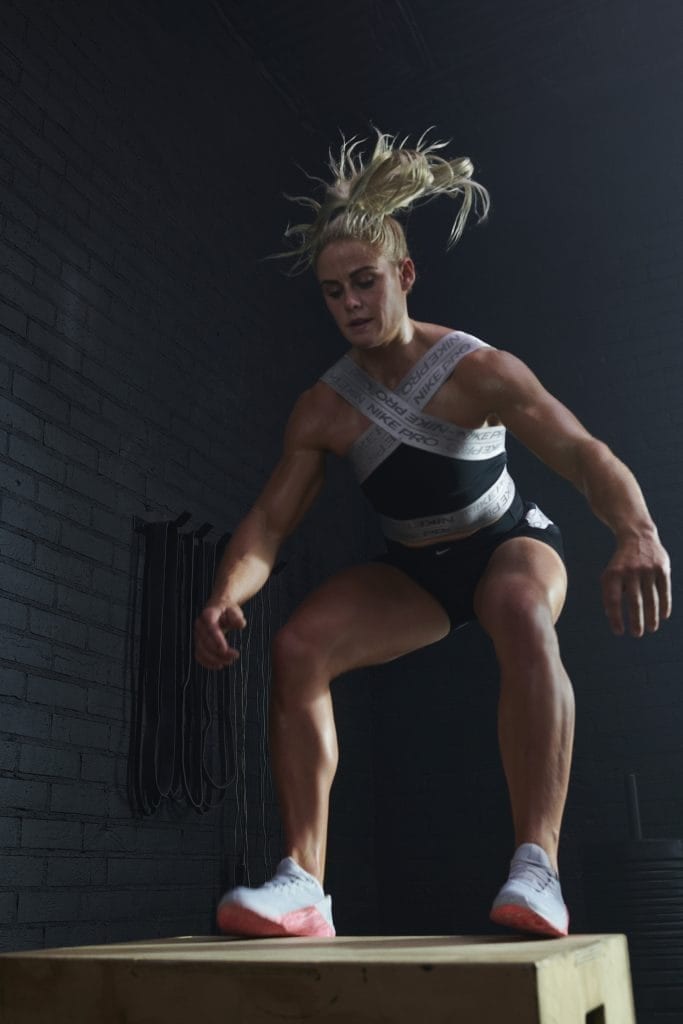 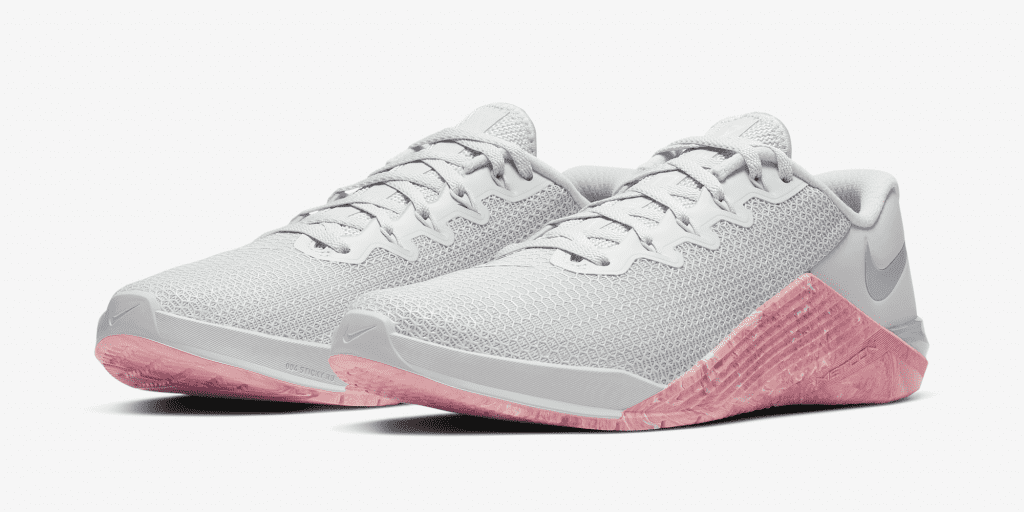 The Nike Metcon 5 has a wider heel for greater support. Combined with the exclusive new Hyperlift technology, you are looking at unparalleled stability in the bottom position of the squat, snatch and clean lifts. Aside from the Romaleos, this is the most stable training shoe that Nike have ever created.

The Hyperlift is a flexible but highly supportive 8mm heel insert for him and 6mm insert for her. This creates an even firmer feel and a slightly elevated foot position, increasing dorsiflexion. 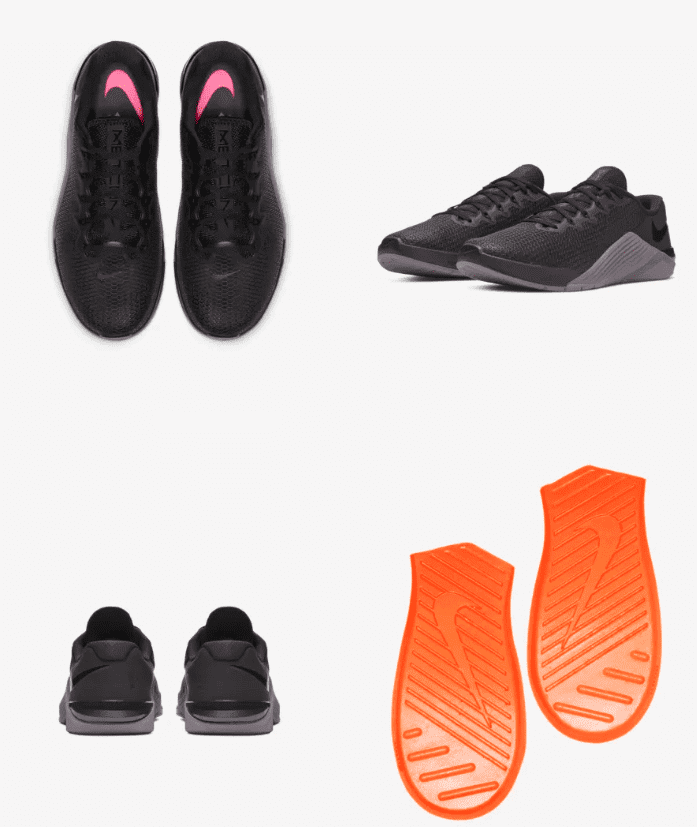 Lauren Fisher “I really liked the heel lift and felt the added support but it was not a distraction when I did box jumps and sled pushes which traditionally would be uncomfortable with a lifter.”

The new Haptic upper withstands the abuse of rope climbs and other movements that can traditionally break down a training shoe.

A full-length rubber bottom with no foam exposure ensures fewer weak points to wear down or fail as you train and compete. 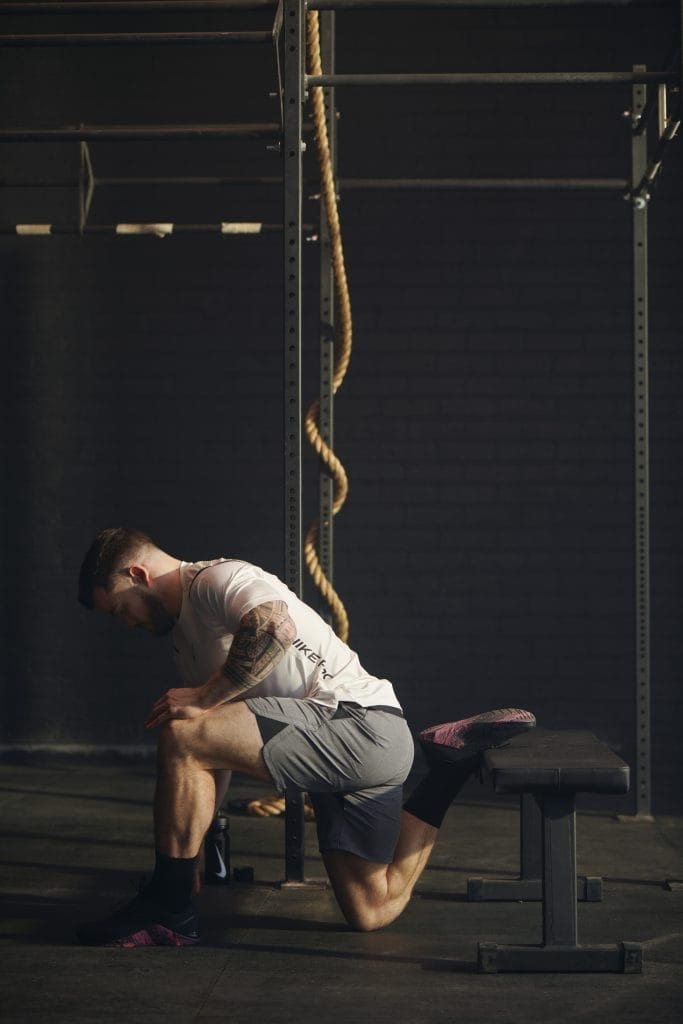 The enhanced directional traction pattern on the outsole and rope wrap provides improved traction for sled pushes and improved grip for rope climbing ascents, and a smoother slip for the descent.

Lauren Fisher tested both of these aspects of the new Nike Metcon “The piece for rope climbs is built at an angle which grips the rope much better than the 4’s.” The training shoe is designed to ‘lock in’ to the rope when you climb. Once at the top, simply adjust the angle of your feet to improve control during each descent. When every second counts, these improvements can be the difference between first and second place. 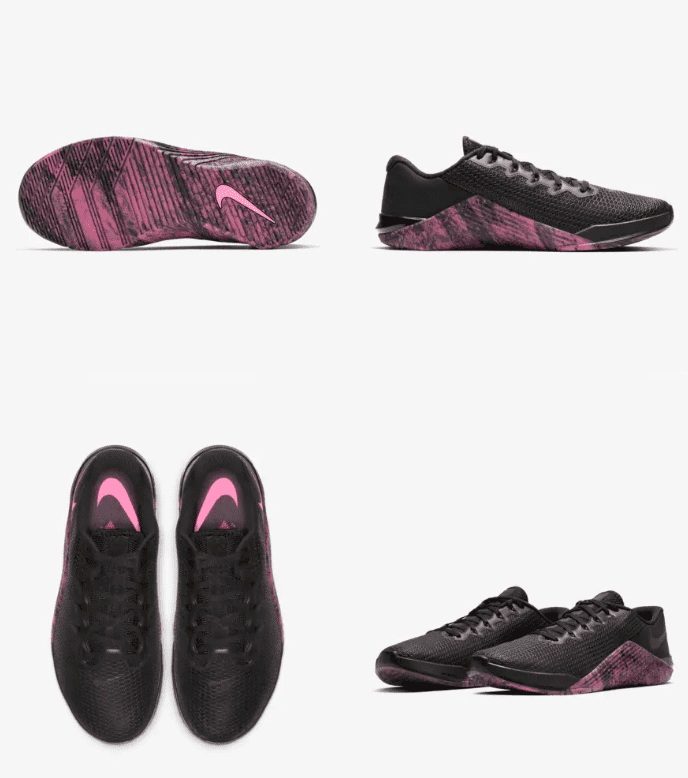 There is also enhanced traction on the forefoot. This improves flexibility and allows athletes to generate more power. Lauren explains:

“The grooves on the sole really helped with sled pushes.”

“I honestly love ALL the versions of the Metcon, but there’s more flexibility in this forefoot – the 4 still feels stiff to me, this one is much better for running and jumping.”

Nike have inverted the traditional pattern of the sole and rope wrap section onto the haptic upper. This playful nod to the prestige and history of the evolution of the Nike Metcon shows an acute and unrivalled sense of detail and craftsmanship. 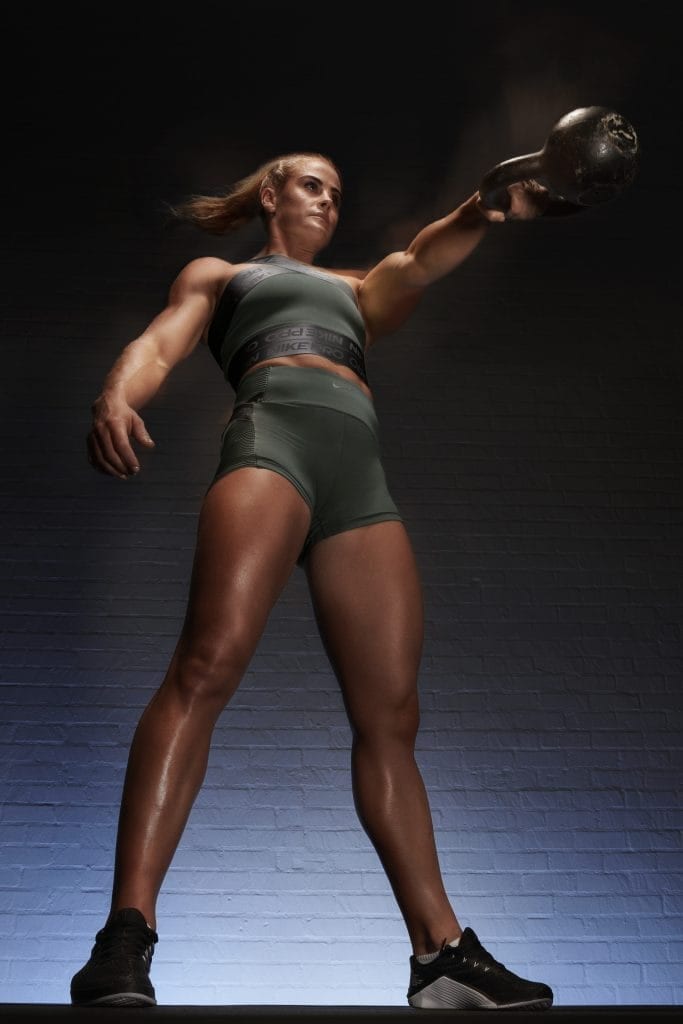 The Nike Metcon 5 is minimal and stylish, a skillful union between form and function.

The Nike Metcon has owned the past in terms of performance, style and winning results. This Nike Metcon 5, released now, in the present, is set to help athletes to make significant improvements and, now that it will once again be allowed back into the CrossFit Games®, has become the shoe that controls the standards of excellence for the future.

The shoe below is the Nike Metcon training prototype worn by Josh Bridges in 2014.

It was debuted and tested at the 2014 Socal Regionals. Josh Bridges destroyed all seven events and finished in 2nd place overall. The sprints, rope climbs, hang power cleans, hang snatches, pistols and many other exercises from that year tested the shoe to its limits. And it delivered. 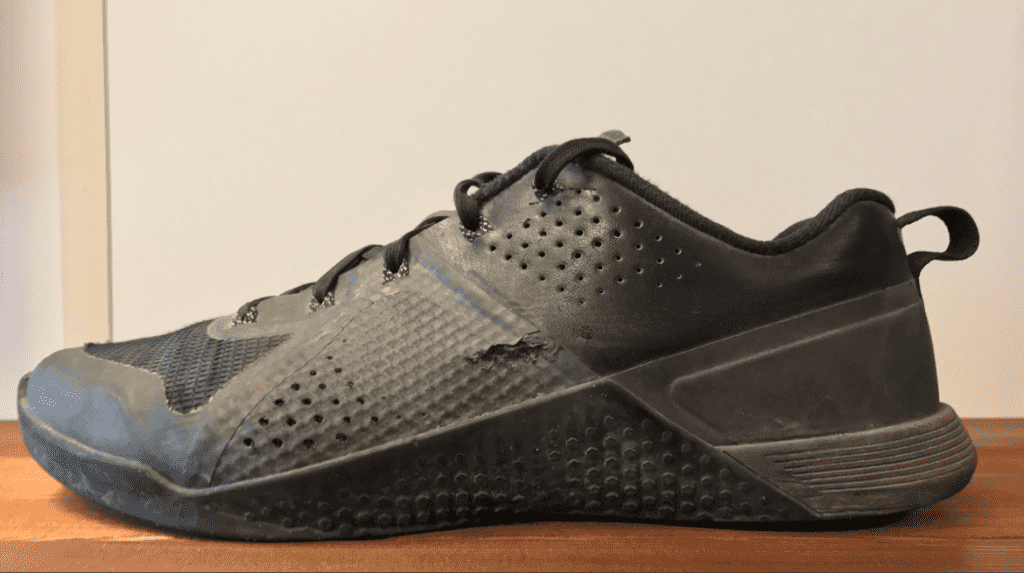 In the aftermath of the Nike Metcon’s first meaningful emergence into the world of Cross Training, they realised that this prototype had real potential after having been tested and approved by one of the top athletes in the game. Bridges gave his feedback on what worked well and what could be improved. the Nike design team acted on this and the model progressed. 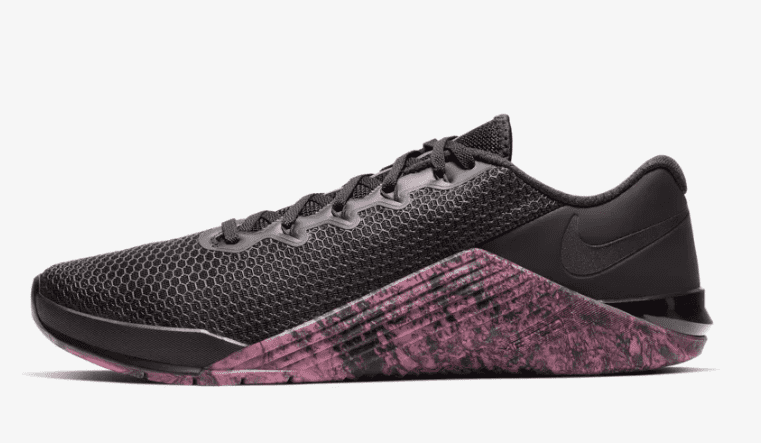 This close-knit relationship between Nike design team and elite athlete, with the latter helping to judge and inform the changes, features and materials of each Nike Metcon, has been the driving force behind the continual commitment to excellence that has manifested itself in The Nike Metcon 5. 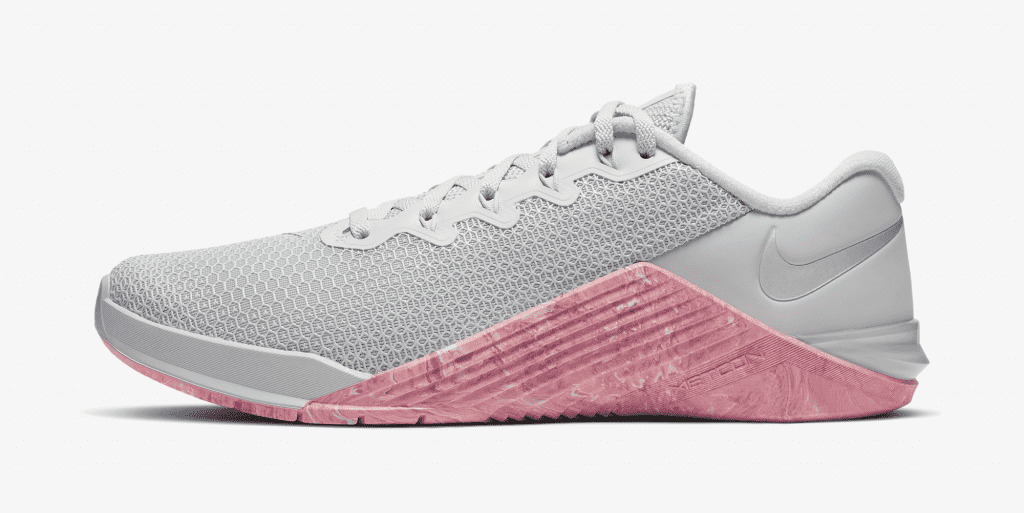 In 2019, Nike will make its first appearance at the CrossFit Games®. With an impressive roster of athletes, including Mat Fraser and Sara Sigmundsdottir among many other elite names, this is the first year that The Nike Metcon will finally be put to the test at the highest stage of fitness in the world.