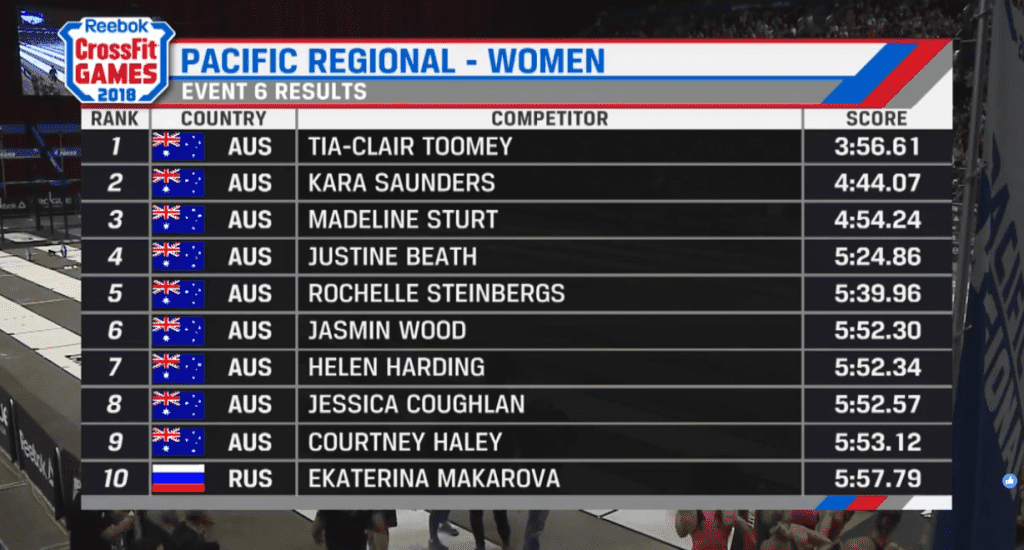 Before the start of the event, Tia looked serious, Kara was laughing and joking.

An Event 6 record and a first-time Regional win. Not a bad day for the Fittest Woman on Earth. – @tiaclair1 | #PacificRegional | #CrossFit | #CrossFitRegionals

Tia set a blistering pace right out of the gate and secured a lead early on with the rope climbs. 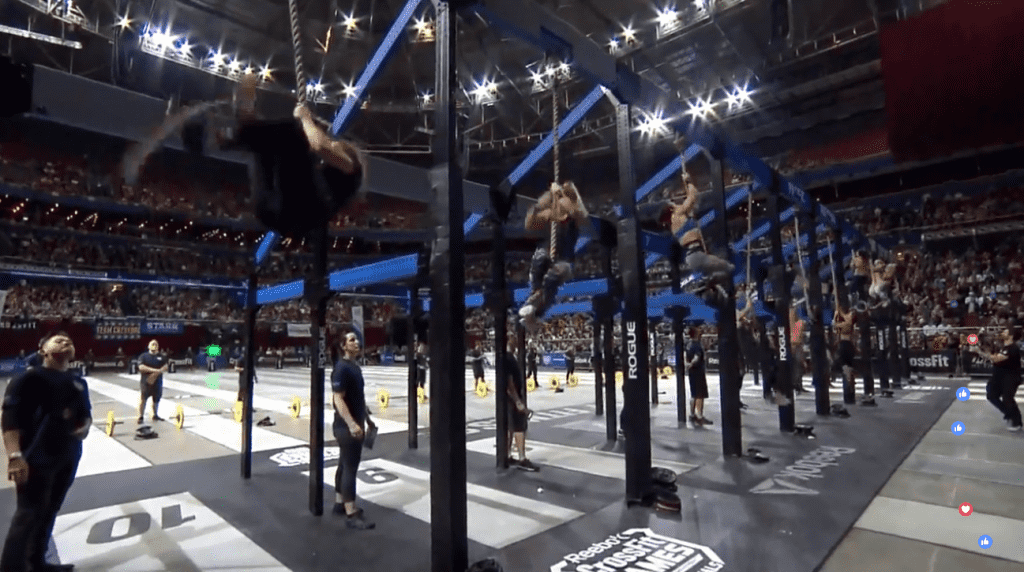 The event kicks off. 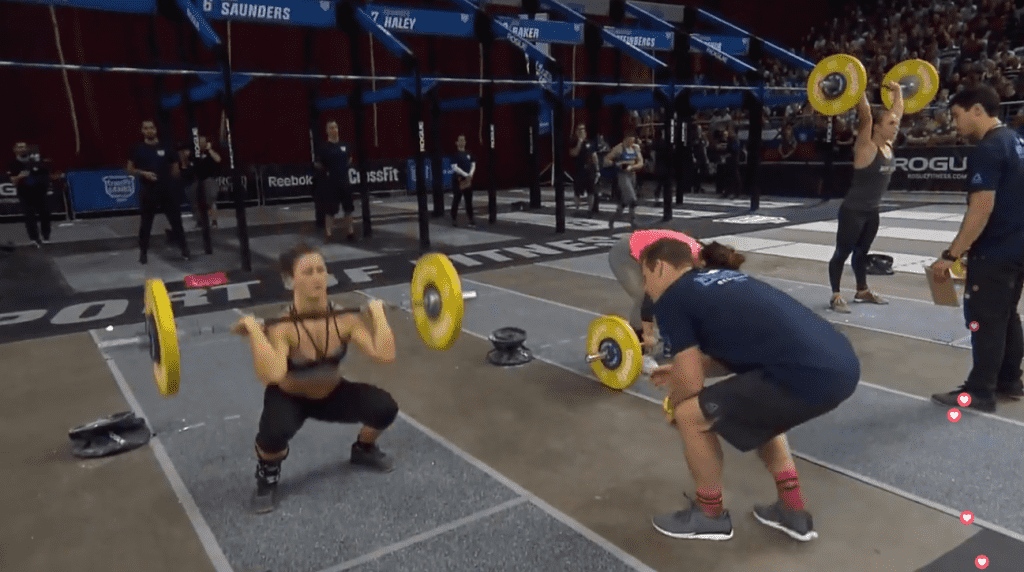 Tia out in front working her way through the heavy thrusters.

Here is What the Leaderboard looked like after 5 Events 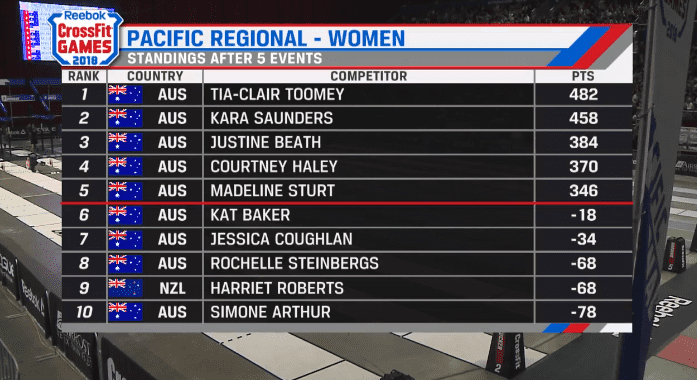 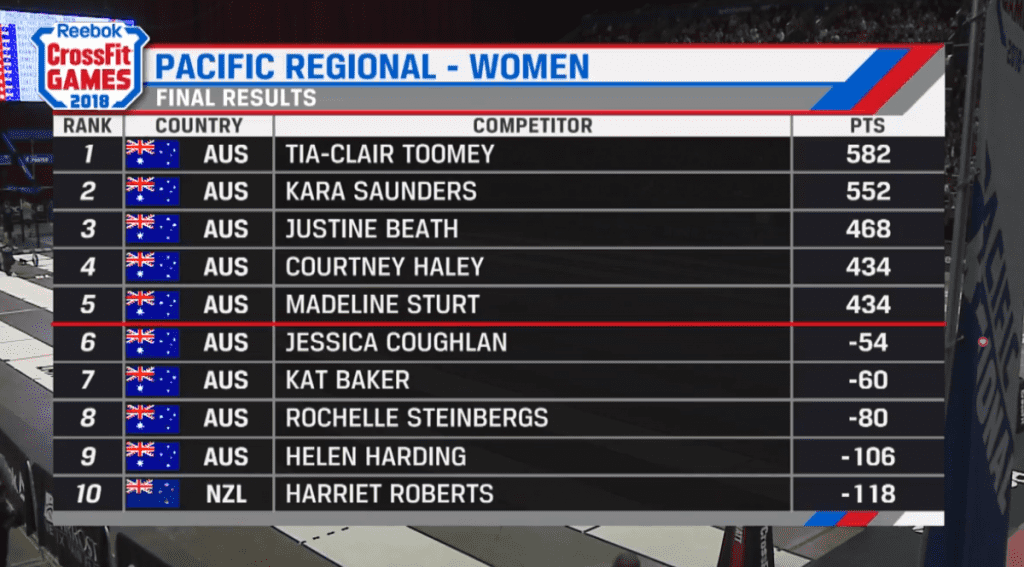 The two fittest women on Earth have been battling all weekend. Day 3 will be no different. Get ready. – @tiaclair1 | @karawebb1 | #PacificRegional | #CrossFit | #CrossFitRegionals | 🎥 @james_a_wood | @mccoymedia