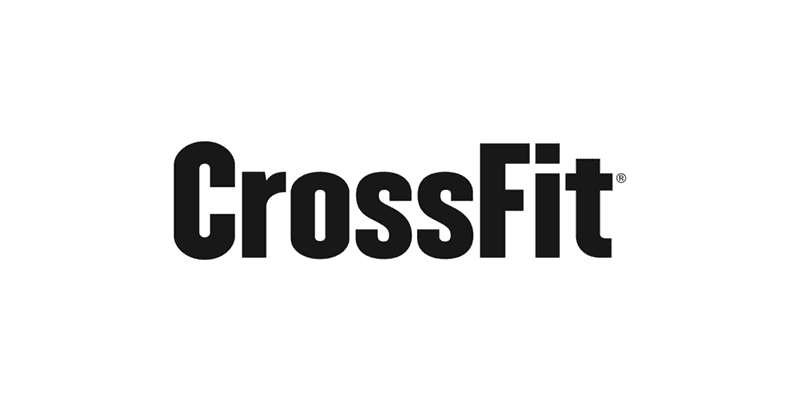 The former chief executive stepped down after athletes, gyms, sponsors and staff cut ties with the company within 32 hours of his derogatory and disrespectful remarks.

“On Saturday I created a rift in the CrossFit community and unintentionally hurt many of its members,” Glassman announced in the press release.

“I cannot let my behavior stand in the way of HQ’s or affiliates’ missions. They are too important to jeopardize,” his statement concluded.

Dave Castro, Director of the CrossFit Games and Co-Director of Training, will step in to become the new CEO of the company in hopes of beginning to repair the damage of the past few days.

“Our shared bond brings together millions of people with differing opinions, viewpoints, and experiences. Friction is inevitable. Common ground, mutual respect, and fellowship must also be inevitable,” Dave Castro declared in the press release.

“I’m honored to take on the role of CEO of CrossFit, Inc. I hope to do right by affiliates, trainers, athletes, and other members of the CrossFit community around the world and never lose sight of the mission Greg established for us all.”

Greg Glassman had only been CEO of the company for the last nine months. He took the position from Jeff Cain, who had been CrossFit’s CEO since 2017 and resigned in September last year.

With Dave Castro as the new CEO, Greg Glassman maintains his ownership stake.

The ordeal started on Saturday 6, when an email to a nine-year affiliate owner was made public. The email, sent to Alyssa Royse, owner of Rocket CrossFit in Seattle (now Rocket Community Fitness), included the sentences “I sincerely believe the quarantine has adversely impacted your mental health” and “I am ashamed of you,” and was sent by Greg Glassman.

The language used to address a long-time CrossFit advocate outraged members of the community and let to top-athletes to speak out against the CrossFit organisation.

This happened several hours before Glassman replied to a tweet by the Institute for Health Metrics and Evaluation stating “Racism is a public health issue” with the sentence, “It’s FLOYD-19.” This reply was then followed up by another tweet a few hours later. The two events combined sparkled outcry from athletes and sponsors influential in the community. CrossFit Games qualifiers announced they would boycott the event, companies like Reebok, Rogue and ROMWOD suspended partnership and sponsorship negotiations with CrossFit, long-time staff members resigned, and hundreds of gyms around the world announced their disaffiliation.

One day after his initial tweet, Glassman tweeted his apology, stating: “I made a mistake by the words I chose yesterday.

“My heart is deeply saddened by the pain it has caused. It was a mistake, not racist but a mistake.”

The thread continues: “Floyd is a hero in the black community and not just a victim. I should have been sensitive to that and wasn’t. I apologize for that.

“I was trying to stick it to the @IHME_UW for their invalidated models resulting in needless, economy-wrecking, life-wrecking lockdown, and when I saw they were announcing modeling a solution to our racial crisis, I was incredulous, angry, and overly emotional. Involving George Floyd’s name in that effort was wrong.”

It didn’t stop a cascade of gyms disaffiliating from the brand.

As the backlash to Glassman’s remarks grew bigger, details from a Zoom call he held with affiliate owners and CrossFit executives on Saturday started to emerge.

In the call, Glassman was asked to speak about CrossFit’s stance on the current racial tensions in the US and questioned about CrossFit Inc.’s silence on the Black Lives Matter movement.

A leaked recording of the call hears Glassman state “We’re not mourning for George Floyd — I don’t think me or any of my staff are.”

He can also be heard sharing conspiracy theories about the death of George Floyd and the coronavirus.

The news of the recorded meeting and Mr. Glassman’s departure was reported first by Ryan Brooks and David Mack at BuzzFeed News in the evening of Tuesday 9.

But details about the call were already being shared around the community following a Medium post by Doctor Mike Young, a 10-year affiliate owner, titled “Why I’m dumping CrossFit”.

In it, Mr. Young wrote: “I no longer wish to associate with a company and CEO who are tone deaf and insensitive to our current national crises and so willing to inflame racial divisions.”

He explained it all started with a Zoom call (the same that was leaked), which was held hours before Glassman’s infamous tweet.

“Even though this was a private Zoom meeting, the things Glassman was saying were among the most inappropriate statements a CEO of a multi-national, multi-million dollar company could possibly say in a time of national unrest over racial injustice,” Mr Young wrote.

The post was published on Sunday June 7 and partially nullified Greg Glassman’s public apology about the insensitive tweet.

The three events combined: the email, the tweet and the Zoom call, happened in a window of 32 hours and lost the fitness program key partnerships, endorsements and the business of hundreds of affiliated gyms around the world.

In a statement on Tuesday evening, Glassman announced: “I’m stepping down as CEO of CrossFit, Inc., and I have decided to retire.

“On Saturday I created a rift in the CrossFit community and unintentionally hurt many of its members.”

He added: “I cannot let my behaviour stand in the way of HQ’s or affiliates’ missions. They are too important to jeopardise.”

His statement was followed by another from Dave Castro, Director of the CrossFit Games, Co-Director of Training, and now Glassman’s successor at the helm of the company.

The new CEO said: “Our shared bond brings together millions of people with differing opinions, viewpoints, and experiences. Friction is inevitable. Common ground, mutual respect, and fellowship must also be inevitable. I’m honored to take on the role of CEO of CrossFit, Inc. I hope to do right by affiliates, trainers, athletes, and other members of the CrossFit community around the world and never lose sight of the mission Greg established for us all.”

With the release of this statement came a long letter explaining “Why Didn’t CrossFit Just Say Something?”

“We disappointed you,” the company said. “It hurt you and us. We need to talk.”

The letter addresses that “Greg’s statements were incredibly insensitive and hurtful.”

“Greg believes in equality. Greg made a mistake. His communications will have to be reconciled with the person we know. He is being put on trial online, and we challenge you to be thorough in your review of a man who is imperfect but sincere in his love of helping others to become better while creating opportunities for others to do the same. He does make mistakes, but he has done more than anyone for this community and created unimagined opportunities for others. If you measure Greg Glassman, do it thoroughly,” it adds.

“We stand against injustice. We were collectively traumatized as we witnessed the murder of George Floyd. His murder was inhuman and wrong.”

The letter does not address the language in the email sent to former affiliate owner Alyssa Royse nor the statements made during the Zoom call. Glassman’s future involvement in the company he owns isn’t mentioned either.