How Long Should You Diet to Get A Six Pack?

Learn more about how to transform your body. 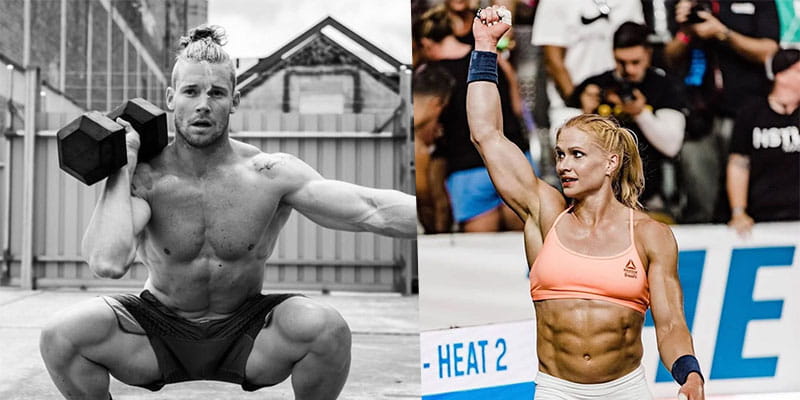 So, how long should you diet to get a six pack? Check out these tips from Jeremy Ethier.

“How long does it take to get six pack abs? This is one of the questions I’ve always wondered when I first started training seriously, because for many of us, getting well-defined six pack abs is the ultimate goal. But the answer to just how long until your abs show is that it depends. More specifically, your six pack timeline depends on 1) where you’re at right now, 2) how defined and visible you want your six-pack to be, and 3) the process you use to get there. Because let’s face it, some work out for years and can never quite achieve it because they’re using the wrong approach. Which is why in this video, we’ll first calculate how long achieving a six-pack will take for you, and then more importantly, we’ll cover how to best ensure your success (i.e. six pack diet tips).”

“For men, 12% is when you start to really see some good definition with your six-pack, and at 10% your six-pack is clearly visible and well defined. For women, I wouldn’t recommend a “clearly visible six pack” as being the goal, but some percentage equivalents to what I covered with males would be around 22%, 20%, and 18%. To determine roughly how long you have until your abs show, we can use the following formula: Bodyweight With Goal Six Pack = Lean body weight/(1-desired body fat percentage).”

Step 1: First, we’re going to determine your lean body weight, which is simply how much you would weigh if you had absolutely no fat.

Step 3: Once you have this, divide it by 100, and we’ll then plug everything into the formula.

Step 4: Then, simply take that number and subtract it from your current bodyweight. The number you get there represents roughly how much fat you’d have to lose in order to achieve your goal body fat percentage and strip off enough fat for your six pack abs to become visible.

“Based on this number, we can determine roughly how long it will take you to attain your six pack. But this is also the step where most people screw everything up. Because, chances are they’re going to try to lose that weight as fast as possible in an attempt to attain their six-pack as quickly as possible. But what most people don’t realize is that there’s a limit to how much fat you can lose every day. Exceeding this limit will cause more weight to be lost, but from muscle, not from fat.”

“That’s why there are a few six pack diet tips you should follow. First, it’s recommended to set a goal of losing an average of 0.7% of your current body weight per week. Second, you should provide yourself with a few weeks of extra time and expect the process to have its ups and downs. That’s because the estimation you calculated assumes you’re following your program to the tee and remaining consistent day after day and week after week.”

“In addition to this few weeks of added buffer time to your six pack timeline estimation, another thing you may want to consider is taking periodic breaks from your several weeks of dieting. This is because the longer you diet for, the harder it will inevitably become.”

“As you lose more and more weight, it is likely that increased hunger and fatigue will start to set in, making adherence difficult. To counteract this, research shows that taking “diet breaks” can help to fight off these cravings. Do note however that this will extend the time required to reach your goal. But if you’re not in a rush to hit that goal for a big event for example, then it’s something you’ll want to consider particularly towards the end of your diet when you’re much leaner and the diet gets much harder.”

“So, all in all guys, despite everything I went through with regards to the question, “How long does it take to get six pack abs?”, please don’t obsess over the exact time it’s going to take. Although it’s good to have a rough time frame in mind, which is what the formula I went through can help you do, focus on the process and the specific steps that you will take to achieve your goal rather than how long it will take.”

Video – How Long Should you Diet to Get a Six Pack?

Learn More – How Long Should you Diet to Get a Six Pack?