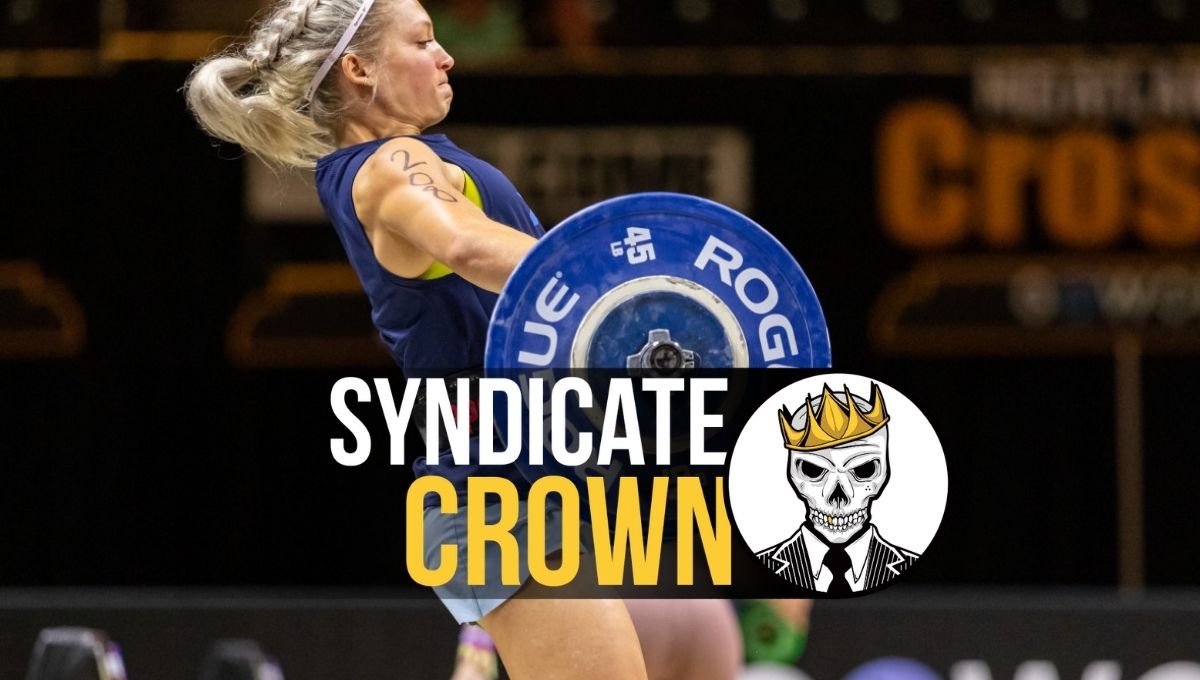 The Syndicate Crown was the first CrossFit Semifinal that took place in the United States this week. Justin Medeiros, Haley Adams, and CrossFit Mayhem Freedom won their respective divisions. Check out the Syndicate Crown results below, who is going to Madison this year and who gets another chance at the Last-Chance Qualifier.

Who Will Compete at the Last-Chance Qualifier?

Who Will Compete at the Last-Chance Qualifier?

Justin Medeiros will get a chance to defend his title of Fittest Man on Earth in August. After winning worldwide the Individual Quarterfinals, he stayed on top of the podium at the end of the weekend with 5 top 5 events (he won workout 4).

Cole Greashaber and Tudor Magda will be competing for the first time as elite individual in their careers. Both athletes have tasted glory before as teenagers – Greashaber was 3rd Fittest in 2017 and Magda was Fittest Teen on Earth in 2018.

Mirroring the men’s division, the women’s division saw last year’s Fittest American on Earth to stand on top of the podium at the end of the weekend. Haley Adams won 2 events and finished other 3 among the 3 best. She overtook big obstacles after finishing 23rd following the 1st workout.

Rich Froning’s team CrossFit Mayhem Freedom took the stadium by storm and their top position at the podium was never in question. They won every single workout this weekend. We are bound to see a clash of the titans of this super team and Annie Thorisdottir’s who also won every event this weekend at the Lowlands Throwdown.

Here are the details for the 2022 Semifinals: