So to refresh your memory, here are the events for the Europe CrossFit Regionals.

The day was a combination of cardiovascular endurance and strength under fatigue.

On the Women’s side, 19-year old Gabriela Migala took the win with Laura Horvarth coming in second. The young athlete completed the event in 40:15.08. Kristin Holte made up an impressive amount of ground on the 3 mile run and finished in 3rd with a time of 40:52.18.

In the Men’ event, PD Savage put in a hugely determined performance, and his fire and focus is clear to see when he competes. Roman Khrennikov also looked strong throughout the entirety of event 1, and sits in a well deserved first place after the first day of competition. Lukas Hogberg finished in third and looked confident and focused whilst competing. Event 1 winner Sigurd Prastarson put himself through a lot of pain to take the top spot. He established a lead and kept it throughout the 3-mile run, and the discomfort was evident on his face as he pushed his body hard to secure a convincing win.

This was an epic event to watch.

Starting with the men, Adrian Mundwiler was absolutely unstoppable. He flowed through all 10 rounds with a set tempo, perfect form and showcased his strength for the crowd. In his heat he finished a full minute ahead of the second place competitor and gave an elegant bow to the crowd. This performance looked set to take first place, until Andrey Ganin stepped onto the floor. The Russian athlete attacked this event with a frenzy and intensity that was completely unmatched by any other competitor on the floor. He did everything unbroken and exercised brute strength and incredible willpower to take the top spot away from Adrian. Towards the 6th and 7th round, he could barely run because he was pushing so hard yet was still minutes ahead of his competitors. The only way that Linda in Berlin could have been better, would be if Adrian and Andrey had gone head to head in the same heat!

One of the most fascinating aspects of the female event was the battle between Sara Sigmundsdottir and Annie Thorisdottir. They jostled for first place for several rounds before Sara took her pace up a notch and Annie was simply unable to stay with her. Sara also demonstrated her excellent abilities with a barbell, and how proficient she is when it comes to demonstrating strength whilst fatigued.

Laura Horvath also kept a strong pace and crossed the line behind Sara to secure her second place finish of the day. She looked impressive throughout both events, confidence and determined, and the fight for first place at the Europe Regionals is going to be an exciting one!

Bjorgvin Karl Gudmundsson has finished further down the leaderboard that expected, but as we all know, the tables can turn very quickly, and BK is an athlete that consistently proves his worth in competition.

So leat’s check out the leaderboards after the first day of competition. 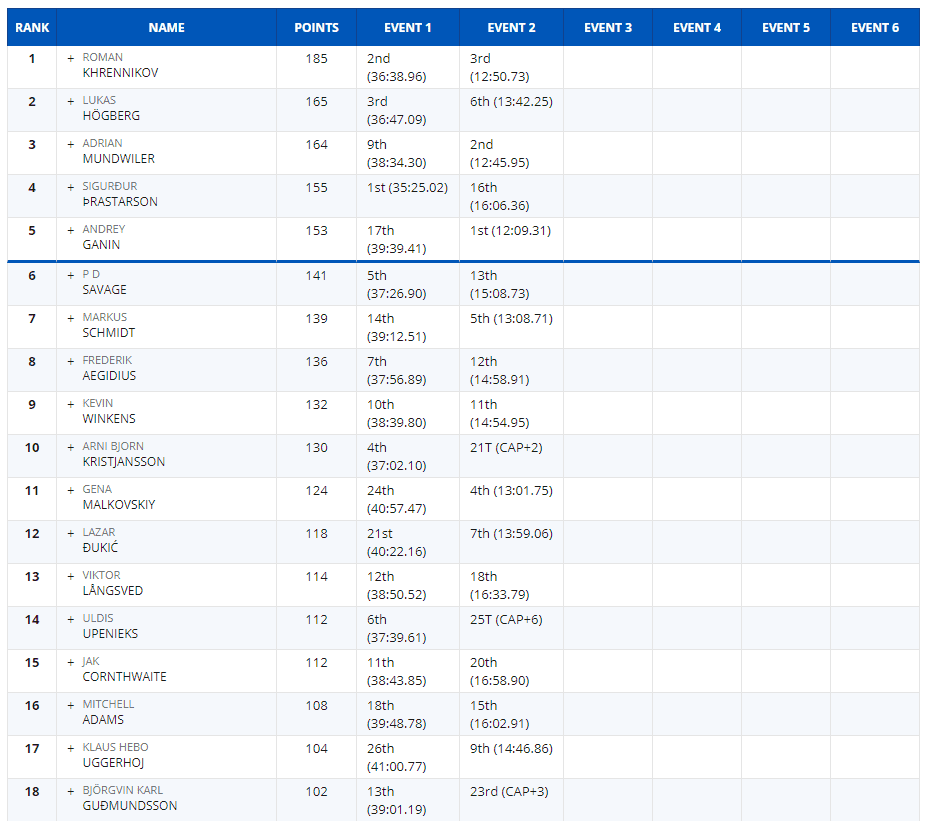 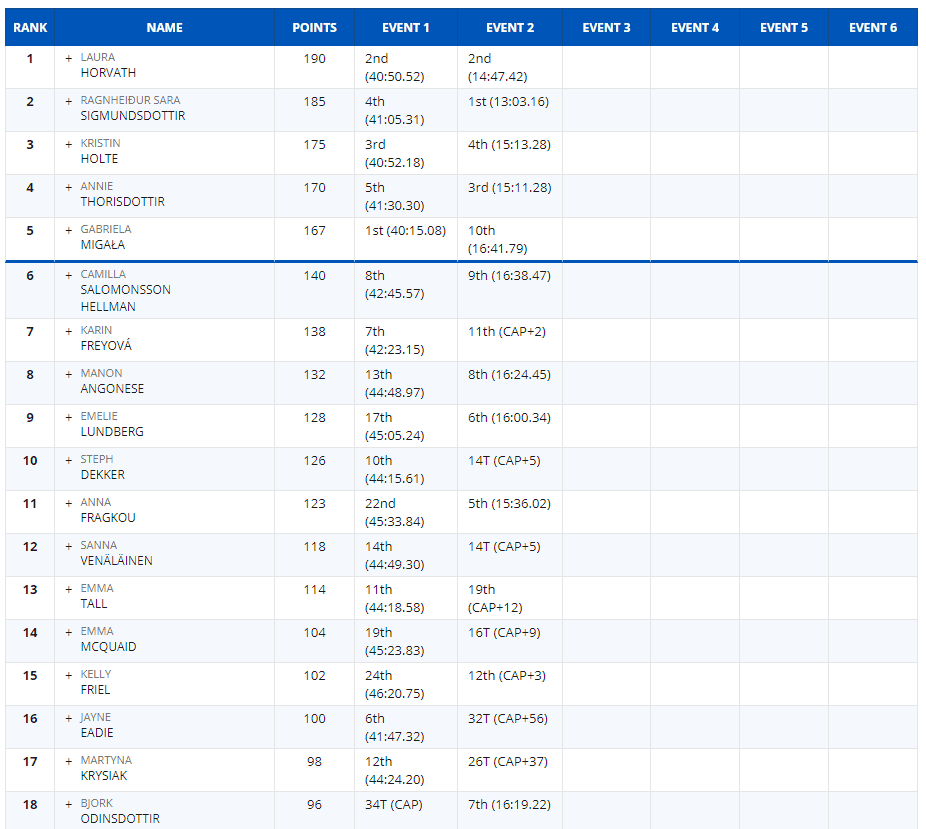