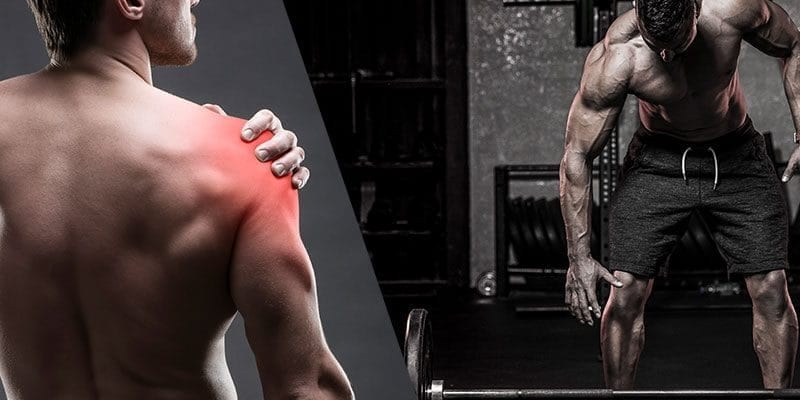 In our world, there is a lot of pulling and curling. Pull-ups, pulling the bar, rowing, we might even throw some biceps curls in, yeah come on, we’re all past this “biceps curls are not functional” thing, right? How often do we curl stuff in our daily life and sport? A lot. Hence, biceps curls are functional, but that’s beside the point.

I’m going to talk about common issues that many people, especially unconditioned beginners will experience, issues with tendons around the elbow area, or rather, the tendons of the elbow flexors. Biceps brachii, brachialis, and brachioradialis. These are our elbow flexors, the muscles that allow us to curl stuff. I’ll also be providing answers to questions like:

If we row and pull correctly, we won’t be involving our elbow flexors, yeah our elbows flex, but we’re not contracting the muscles, or at least, we don’t have to contract them. You row by using your legs and following through with the arms, this last part can be done in several ways, you can ignore your deltoid (posterior head), latissimus dorsi, teres major, triceps brachii, pectoralis major, all together and let the elbow flexors do the work by pulling your hands toward your shoulders (think of skippy the kangaroo). You can pull yourself up with your elbow flexors no matter where you place your hands, well, it does become more complex and almost impossible if you go very wide, but I’ll get to my point soon. 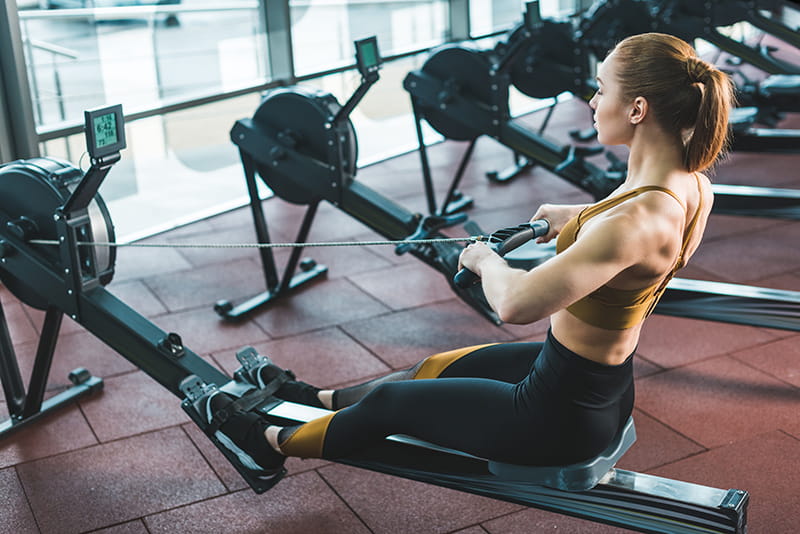 The posterior chain muscles are usually the weakest with most unconditioned people, they use the anterior chain muscles more often, hence, the athlete will be accustomed to this, and unless he/she has a good coach, here’s most likely what will happen. The athlete will overuse their elbow flexors. Pull-ups are going to be one of the main exercises in which they’ll be using their elbow flexors, the lats are usually very undeveloped, and even with people who do have some strength there, there is always the difficulty to connect with them properly and isolate them. Several other exercises that can cause issues are, but not limited to:

This last one is another I want to talk to you about. I’ve seen well-renowned coaches laugh at me when I mentioned MMC, “that’s hocus pocus, you just lift!”. I just smiled and walked away. MMC stands for mind-muscle connection. Yes, there was a time, about 20 years ago, when I also thought “what a bull, just another overused buzzword like functional training”, but now I’ve seen the light.

My one particular example I always go back to is the pull-up, or rather, wide grip overhand pull-up. If you’re hanging on the bar and you’re pulling your hands to your shoulders, you’re using your elbow flexors, probably what most people do. OK, same movement, relax all the muscles in the anterior compartment of the arm, only use the finger flexors to hold on to the bar, connect with your lats (there are more muscles, but let’s keep it basic), think about pulling your elbows to your hips and pushing your shoulders to the bar.

If you lost me, don’t worry, what I’m saying is, you can make the same movement with completely different muscles through proper mind-muscle connection, relaxing those you don’t want to use, and activating those you want to work (isolation). This, by the way, is what I consider the only way to do proper pull-ups, use the lats, we already have enough other stuff to work those guns. Like chin-ups (narrow grip underhand pull-ups) or biceps curls.

So, how does one work through a bad dose of tendonitis?

Well, rather than putting on some elbow sleeves and popping a couple of painkillers, one should understand how and when the elbow flexors (or other problem areas) are used, and learn how to avoid using them. I’ve just explained how to do that with pull-ups, you can do the same with rowing, if rowing gives you issues, you know that you’re bicep curling rather than pulling. Pulling is where the posterior muscles are used, you’re creating shoulder extension, you’re pulling your elbows past your ribs. This requires some good mobility and MMC.

Following is a quick video with an illustration of the elbows back, straight line between the elbows, wrists, and end of the cable which takes out the need for elbow flexor contraction.

Believe it or not but there are 4 ways to row and involve different muscles:

Of course, each one will never be just those muscles listed, but I’m talking about the prime movers, the muscle you’re actively contracting and working at that particular time of the row. Just to be clear, I’m not saying one way is better than the other, I’m saying that if you have elbow flexor issues, understand what movement could be causing it and how to avoid that. Enough on the prime movers and MMC, let’s delve more into tendonitis. 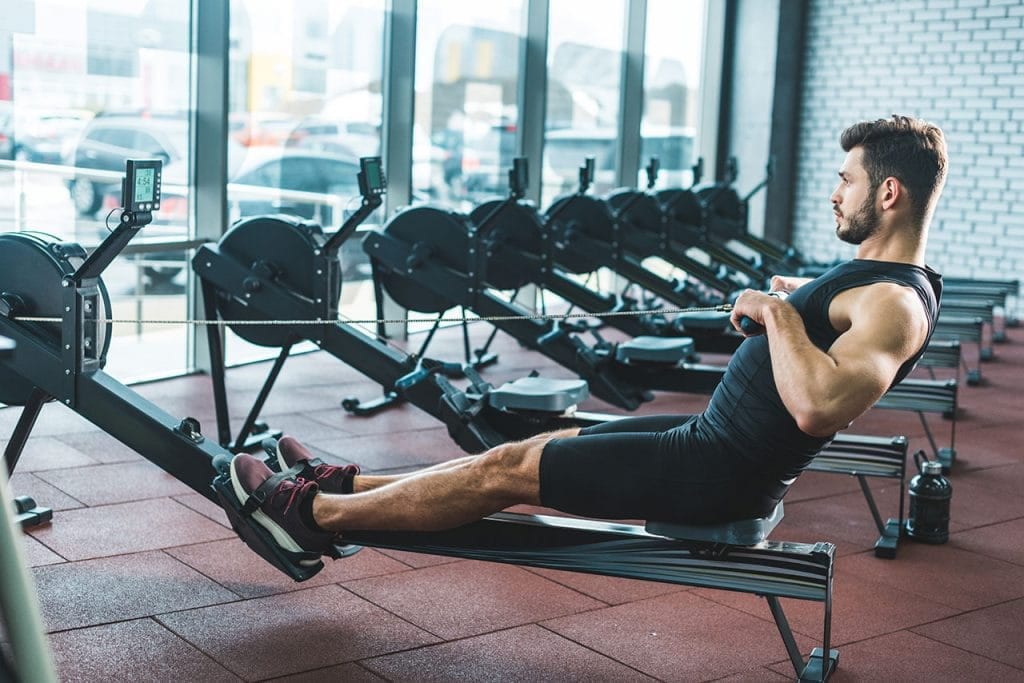 Can you get rid of tendonitis?

Yes, in most cases you can get rid of tendonitis, but it involves something that is so horrific no one ever wants to do it. Rest. Serious, this is the main solution to the symptoms. Second is fixing the cause, I’ve covered that above, avoid the motion that caused it, well, that’s what the doctor would prescribe, I would say, avoid using the same muscles in the repetitive motion and learn how to create the same motion with other muscles. You should also look at icing and anti-inflammatories, personally, I would suggest increasing anti-inflammatory foods and drinks.

How long does it take to heal from tendonitis?

If you give the affected tendon/muscle the rest it requires, you’re looking at 4 to 6 weeks jail time, but if you don’t listen, you could be looking at a life sentence.

Can tendonitis go away on its own?

Yes and no, if you mean without medical intervention, yes, quite likely, but only if you listen to your body and don’t train through the pain. If you mean, will it go away if I just ignore it and wait for it to go, the answer is no. 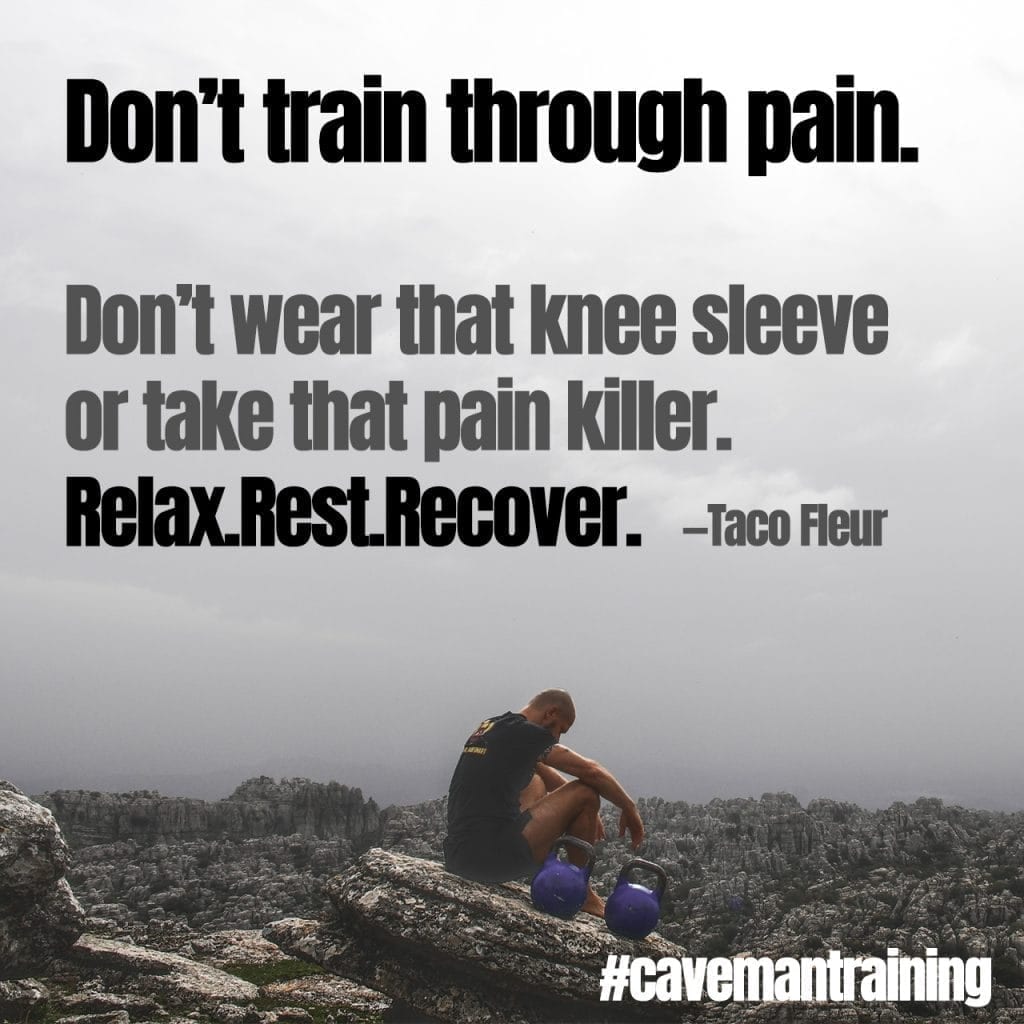 What happens if tendonitis goes untreated?

If you try and ignore the pain and just work through it or keep hiding it with painkillers and other tools that can mask the pain, then it can become chronic and turn into tendonosis or tendinopathy. Don’t go there, nothing is worth permanent damage to the affected tissues.

I chose to write about this topic as it’s something still so hidden in the dark corners, I personally never hear any mention of it during particular exercises that have a high risk of causing tendonitis with beginners. It should automatically be part of the introduction to the exercise.

I trust the information provided will improve your training in general, and I’d like to leave you with an awesome workout