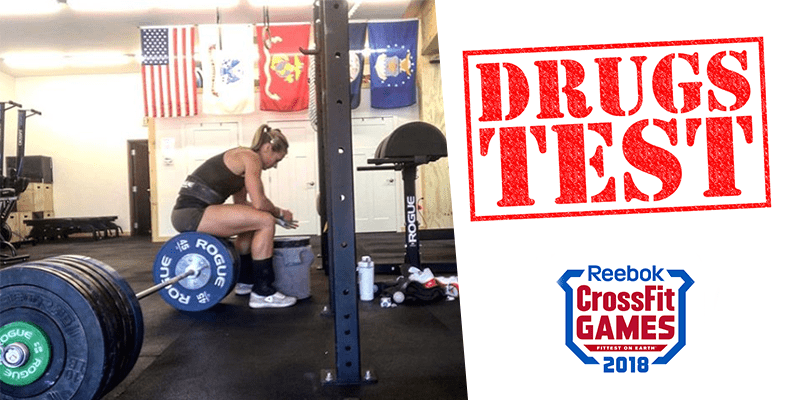 Masters Athletes Kelli Holm (Women 35 – 39) and Shawn Ramirez (Men 40 – 44) have both tested positive for Performance enhancing drugs and each received a sanction from competition from CrossFit Inc. The athletes tested positive for Endurabol, a PED that Australian Ricky Garard was banned for in 2017.

Kelli Holm has had her sanction reduced to 2 years following the appeal process.

Kelli Holm: “Crossfit has acknowledged that the supplement was indeed contaminated, however because this product was not third-party tested, they are holding me responsible for ingesting the unlisted ingredient.”

Shawn Ramirez is yet to make a statement.

The CrossFit Games are the world’s premier and definitive test of fitness. To protect the integrity of the competition and its athletes, CrossFit works hard to ensure a level playing field, in part by creating and enforcing the guidelines outlined in the Rulebook, and in part by strongly enforcing an anti-doping policy—an absolute necessity in order to crown the Fittest on Earth.

Each year, CrossFit Inc. expands its efforts and methods of testing. The following Games athletes have been found in breach of CrossFit’s Drug Testing Policy.

“I would never choose to disrespect my fellow athletes through cheating and I apologize that I am even linked to a failed test. I know God will surely use this experience and time away from competing in a way that glorifies Him and molds me.”

Best of luck 🍀💪🏼 to all my friends competing @thegranitegames this weekend! 😃 Can’t wait to watch you all throw down! 🏋🏼‍♀️🏊🏼‍♀️🤸🏼‍♀️🏃🏼‍♀️Have so much fun!!!

#tbt – #repost @crossfitgames – 40-44 Masters Podium Shot. I have to say, that this year was the mostly memorable, challenging and Best year Bar-None. Although the results weren’t what I was shooting for, the fight, the grit and the battle that ensued was nothing short of extraordinary. This was a STRONG Finish to my 5th year in this division and I’m looking forward to what the future holds. I cannot show enough gratitude and appreciation for my Support systems out there…You guys made me who I am today and prepare me for what I am going to be or face tomorrow! THANK YOU!!! @niketraining @killcliff @rxsmartgear @perfectfuelmeals #theRAMisnotdoneyet #muchtolookforwardto #crossfit #crossfitgames

Endurobol (GW 501516 or Cardarine) is a research chemical developed in the 1990s to prevent and cure tumor formation in the colon, prostate, and breasts. Studies done in the early 2000s have found that GW 501516 and other PPAR agonists have also been able to stop metabolic disorders such as obesity and diabetes through specific gene expressions. Endurobol was also found to have the ability to burn off excess fatty tissue, enhance recovery, and dramatically increase endurance.

Research was abandoned in 2007 because animal testing showed that the drug caused cancer to develop rapidly in several organs. WADA developed a test for GW501516 and other related chemicals and added them to the prohibited list in 2009; it has issued additional warnings to athletes that GW501516 is not safe.