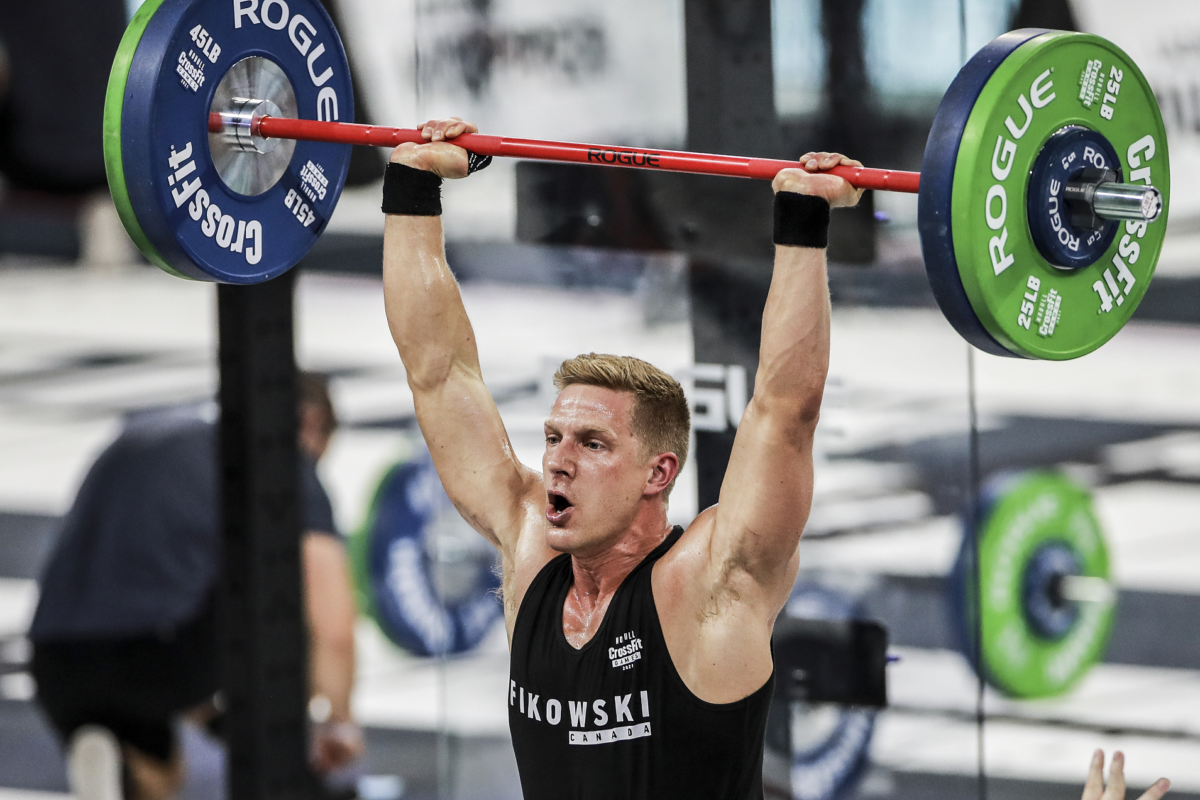 Canadian athlete Brent Fikowski decided to share his thoughts on event 2 “Shuttle to Overhead” saying it did not provide a good fitness test for the 2022 CrossFit Games.

Fikowski finished 16th at the CrossFit Games this year and many expected him to rank higher than that (last year he finished 3rd). And as it is custom, he shared his view on the Games with a few recaps, but this time he decided to get “saucy.”

“It is my opinion that double-scored workouts like this are not good,” he wrote.

Brent Fikowski is referring to the Shuttle to Overhead workout, an event that had athletes run and perform a maximum amount of jerks in the remaining time. So if you run faster, you get more time to perform your jerks. Although one event was linked to the other, they were scored separately, with the person being the fastest in the run getting 100 points and the person who jerked the most also gets 100 points for a total of 200 points maximum.

The problem with the event, according to Fikowski, is the fact that they scored separately for each part of the workout.

“In my opinion double-scored workouts are only logical when your effort in one 100pt section doesn’t really effect [sic] the other,” he wrote.

He also stated that this workout, in particular, did not test for recoverability compared to the swimming event Rinse ‘N’ repeat, that he is not complaining only because he placed poorly (28th and 21st for the run and jerks, respectively), and that being an exciting event for people to watch doesn’t mean it is a good workout designed to test athletes’ fitness level.

“Have we become so preoccupied with whether or not we could, that we didn’t stop to think if we should.”

It is valid to remember that Fikowski is a member of the Professional Fitness Athletes’ Association (PFAA), a non-profit association that acts on behalf of all athletes competing at functional fitness competitions.

I was debating with myself whether or not I should post this. But Gosh Darnnit today I’m feeling saucy.. so let’s stir the pot 🥊 Fight me in the comments. The last few years I usually keep quiet publicly about any opinions I have with programming because I know it won’t change anything and to most it looks like I’m whining. But for those hardcore fitness fans maybe this is a unique perspective on programming you haven’t considered!

*Clears throat AHEM* It is my opinion that double-scored workouts like this are not good.

In my opinion double-scored workouts are only logical when your effort in one 100pt section doesn’t really effect the other. Some good examples are ‘The Skills 1’ in 2011 or the Hang Snatch + HS Walk combo at 2014 Regionals. These formats allowed the competitions to cram more tests in a weekend.

But Brent! Nasty double-scored workouts test recoverability! Well my silly little frother, take a gander at these excellent 100pt workouts that test recovery 👉 2017 2223 Intervals, Open 19.4, 2020 Swim ‘N’ Stuff, 2021 Event 13, or 2022 Rinse ‘N’ Repeat. I think the Shuttle to Overhead workout should have been changed to match one of these formats. I also think the 2223 interval workouts would be worse if you received 100pts for the time it took to complete the buy-in couplet and scored another 100pts for AMRAP completed in the remaining time. I also think that all five of those workouts I listed would make WAY less sense if each working time window was scored separately as 100pts.

Have we become so preoccupied with whether or not we could, that we didn’t stop to think if we should! 🦖

But Brent it was exciting! So is fencing 🤺

Brent a super fit person got lots of points so it must be a good test! Well I’m super fit and I’d probably win an event that was classic rock trivia 🤷‍♂️

There are some funny logical extremes I conjured up: The 2018 BiCouplet: those two workouts were pretty similar and were worth 100pts each. Would it not make more sense to combine your finish times for a single 100pt score like in 19.4? Maybe instead let’s add a tHiRd 3min couplet of even lighter snatches and Toes-to-Bar for a total of 300pts next time 😅 Or explain to me then why another similar 3min couplet like the Toes-To-Bar/Lunge from 2020… why didn’t that require you to rest, and perform another similar couplet of lighter lunges and toes-to-rings for another 100pts?!

🙄Anyway here’s my abbreviated performance recap: I need to be better at running / I’m good at jerks but I jerked too dang slow even though at the time it felt kinda fast. ragrets.