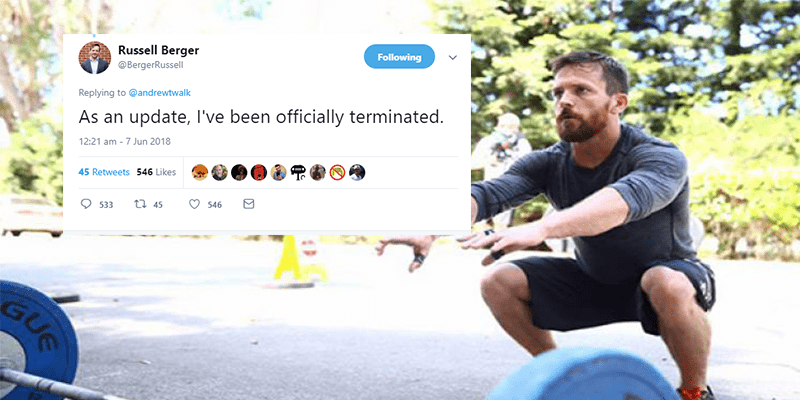 CrossFit HQ has fired Russell Berger after he tweeted two tweets with mocking remarks against the LGBTQ community.

He made the remarks supporting a gym in Indianapolis, Indiana, where owners canceled a workout in honor of Pride Month. Many of the coaches and employees quit in protest, according to WTTV TV in Indianapolis. On Wednesday, the gym posted notices that it was shutting down.

Russell Berger tweeted the following remarks, which have since been deleted.

“The statements made today by Russell Berger do not reflect the views of CrossFit Inc.,” the company said. “For this reason, his employment with CrossFit has been terminated.”

“I worked with Russell Berger for years and consider him a friend. I do not agree with his views on homosexuality. At all. He made a grave mistake. His job gave him an authoritative voice on behalf of CrossFit and he should have taken that responsibility much more seriously.”

There has also been a huge backlash against Russell Berger from the CrossFit community.