There are only 2 spots for the Games through the South American Semifinal, but CrossFit sees itself needing to call up all the way to 6th place this year. 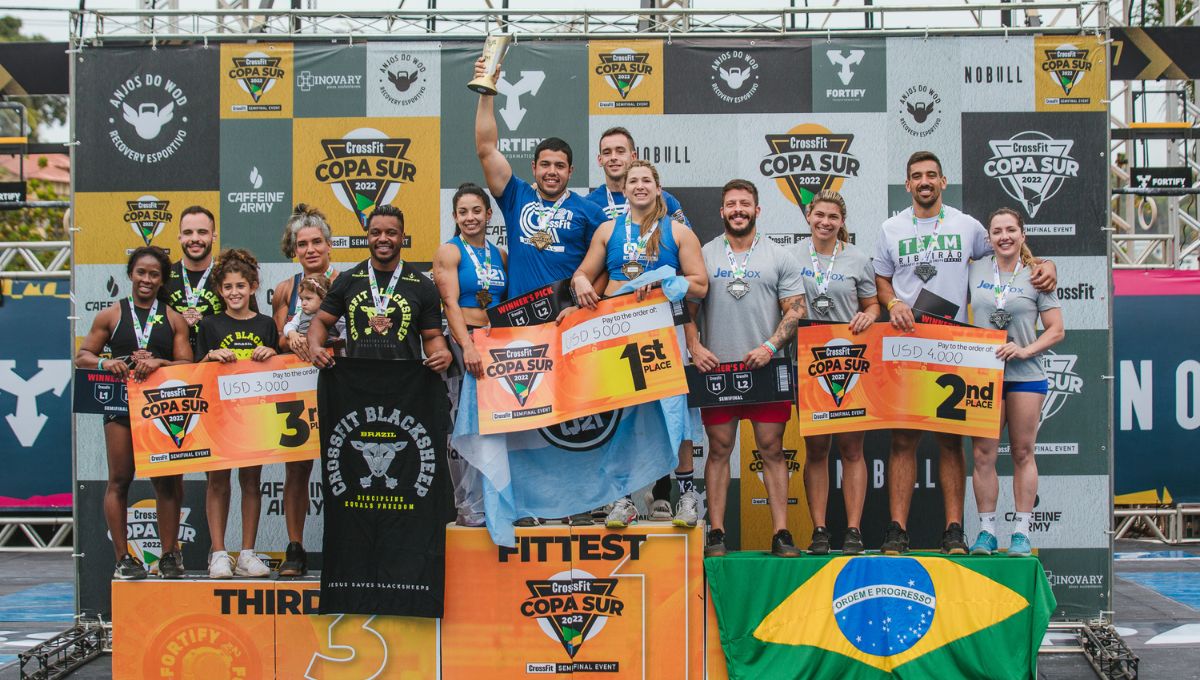 Members of teams Q21 CrossFit, CrossFit Ribeirão Preto, and King Bull CrossFit Paraguay tested positive for illegal substances and will be disqualified from the CrossFit Games. The teams finished 1st, 2nd, and 4th at Copa Sur respectively and were eligible to go to Madison. CrossFit Berrini Team Treta that finished 3rd at the same competition will be unable to accept their invitation due to passport irregularities.

Copa Sur was the only South American CrossFit Semifinal that put together the fittest athletes and teams to battle for only two invitations to the CrossFit Games. Teams Q21 CrossFit and CrossFit Ribeirao Preto finished on top and were #GamesBound. However, that changed last night when both teams announced a failed drug test. The following two teams would naturally receive an invitation to backfill, but those will also not be going to the United States to compete this year.

The biggest question, at the moment, is if CrossFit will invite teams that placed 5th and 6th at Copa Sur to backfill the position at the CrossFit Games. Those teams are CrossFit Tuluka, from Argentina, and Vittoria CrossFit Morereps from Brazil. However, it is unclear when (or if) members of these teams were tested following the end of the Copa Sur tournament.

It is expected that CrossFit will make an announcement shortly regarding the situation of the South American Teams. We will update the article accordingly once that is done.

In an Instagram post, Q21 CrossFit announced that athlete Sabrina Dellagiustina failed her drug test. The illegal substance was not revealed.

”When consulted, the athlete acknowledged having consumed said substance prohibited by the CrossFit doping rules, a situation for which our team has been eliminated from the competition.”

“Due to this act of irresponsibility and lack of sports ethics, Sabrina Dellagiustina has been indefinitely dismissed from Q21 Team,” the post continued.

In a personal message, Dellagiustina said she took PEDs was that she “did not feel up to the circumstances, training so much and demanding so much.”

At this point, it is unclear which team member failed the drug test or which substance was found in the urine sample, but the team confirmed the knowledge of taking banned substances.

”The use of substances was done outside of the competition period, but unfortunately they stayed in the body and metabolism for a long time.”

The post continues saying they take ownership of what happened and apologised to the fans and to CrossFit as a whole.

Teams Placed 3rd and 4th Won’t Go to the Games

Tatá Rebane, one of the members of CrossFit Berrini Team Treta, posted a video on her Instagram that the team will not be backfilling the position to go to the 2022 CrossFit Games, even before the results of the drug tests are in.

According to her, nobody in her team has Visa or a valid passport to travel to Madison.

”Even if all drug tests come back clean, there is no way Team Black Sheep (Team Treta) will go to the Games. Okay? Hold your horses.”

She says, perhaps, in the next few years as 2022 was a very convoluted and busy year to get things done correctly in time.

Inês Alviso, an athlete of team Kingbull CrossFit Paraguay, announced she failed her drug test and would not be looking for an appeal as it is too expensive and a long process. Her team will then be refrained from receiving an invitation to the CrossFit Games.

”I hate to be another athlete writing this but I obviously took something unknown that was on the banned substance list.”

She writes that she did not do such a thing to “shorten the path” to competing at the highest level of the CrossFit season. “The truth is that I have no words, it just hurts my soul.”

The news of teams being disqualified still has not been officialised by CrossFit. With athletes failing their drug tests, it is better to check out the official roster at CrossFit’s website of who is going to compete in Madison this year:

Check out the team’s roster.