Mike Catris urine sample came back positive for illegal substances at the Strength in Depth Semifinal. 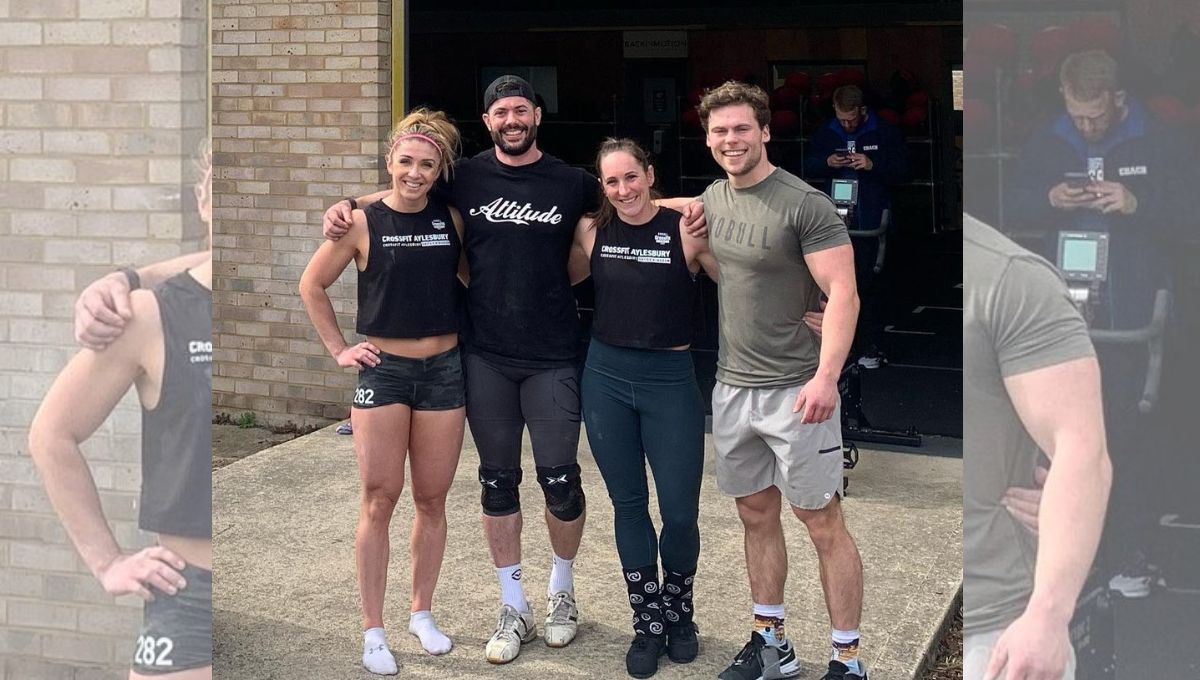 Mike Catris, a team member of team CrossFit Aylesbury from the U.K., has failed his drug test and the team has been disqualified from competing at the 2022 CrossFit Games despite finishing 5th at the Strength in Depth Semifinal last month.

CrossFit has not officially announced as of yet as Catris is going through the appeal process. The athlete, however, did write that the process won’t be finished before the Games being and, therefore, the team will not be eligible to compete. If that is confirmed, the 6th-placed CrossFit Nordic Original will receive the chance to backfill the position and go to Madison.

“Our hearts are broken for team mates Maddy, Charlotte and Jamie who have worked extremely hard this season and carried themselves with the upmost integrity,” the official Instagram of CrossFit Aylesbury stated.

Both Mike Catris and Team CrossFit Aylesbury have made an Instagram post to shine a light on what happened.

Mike Catris said he has never “knowingly taken any of these substances” in his life, although he does not specify which substances were flagged on his drug test. He does say he has been on a “cocktail of painkillers and anti-inflammatories” and is talking with experts on the likelihood of any of these prescription medicines causing a failed test.

Check out his full explanation below:

Yesterday morning I got an email saying I had failed a drug test at SiD this year and that the team will no longer be able to advance to The CrossFit Games.

I can honestly, hand on heart say that I have never knowingly taken any of these substances in my life.

We’ve been informed that the appeal process won’t be completed before the games so even if this were to be overturned then we won’t be eligible to compete.

Until the appeal is over, all I can do is apologise. I put this team together knowing we were good enough to qualify for the games and knowing that we would, I also knew we would get tested during the season and I would never ever do anything intentionally to jeopardise that for us.

As an athlete I have to be responsible for what I put in my body and if it turns out that anything was in my system at the time of competing, knowingly or unknowingly, I take responsibility for that.

I’m heartbroken for my team mates who have worked so hard to get us back to the games and for Owen who has been there with us every step of the way this season.
For them to not to able to take the floor at the games hurts the most, knowing how much they deserve that opportunity.

Since last year I’ve struggled with a tear in my Achilles and have been on a cocktail of painkillers and anti-inflammatories to help get me through the season, I’m in talks with my consultant now over the likelihood of any of these prescription medicines causing a failed test.

I’ve offered to do another test for CrossFit at my own cost incase there has been some sort of tampering or issue with my original one.

I’m really struggling with this at the moment and it really feels like there’s been some sort of mistake, but I can only take responsibility for the results of the test and whether knowingly or not I’ve let my team, myself and everyone that has supported us down and I’m devastated.

Those that have purchased tees to support the team will be offered full refunds and I’m sorry we won’t be able to take the floor.

I’ll be taking a break from social media while I process this and to go through the appeal process with a clear mind.

Team CrossFit Aylesbury also apologised online to their supporters and other competitors that were “unable to experience the feelings that come with Games qualification at an event like Strength in Depth.”

”Had we known that this outcome was a possibility then we would not have allowed the team to take the floor.”

Check below the full post from Team CrossFit Aylesbury.

It is with great difficulty that we must announce that Team CrossFit Aylesbury will not be attending this years CrossFit Games.

Yesterday morning we were notified that team member Mike Catris had failed a drugs test administered at this years semi finals, Strength in Depth.

Our hearts are broken for team mates Maddy, Charlotte and Jamie who have worked extremely hard this season and carried themselves with the upmost integrity.

We must apologise to all of our supporters as well as those competitors who were unable to experience the feelings that come with games qualification at an event like Strength in Depth.

Integrity is something that is deeply important to us here at CrossFit Aylesbury and had we known that this outcome was a possibility then we would not have allowed the team to take the floor.

We are committed to doing everything we can to make the sport we love clean and we thank CrossFit for their hard work in this process.

Mike will now go through Crossfits’ appeal process. This is likely to only be completed after the games have taken place – we wish him all the best with this.

Mike Catris is the 6th athlete who failed a drug test who will be disqualified from the 2022 CrossFit Games in the weeks prior to the competition.

More recently, Nycolas Joyal confessed to having taken PEDs after his drug test came back negative. As of yet, he is the only elite individual athlete who had his CrossFit Games invitation revoked due to failing a drug test.