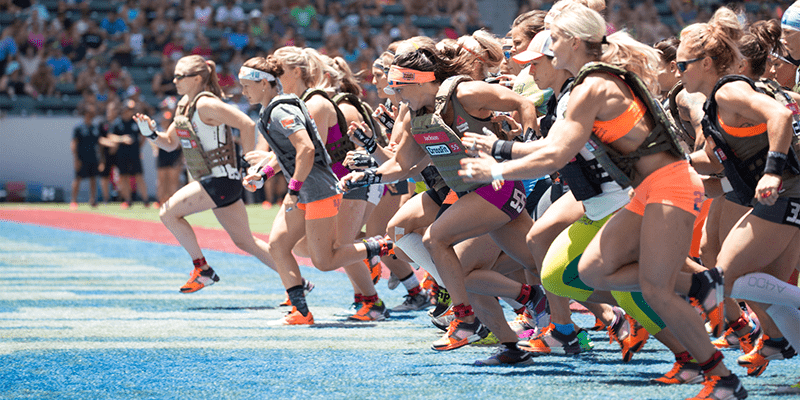 During the 2019 CrossFit Games, athletes will now be allowed to wear whatever brand of shoes they prefer, Armen Hammer announced after an exclusive interview with Greg Glassman.

CrossFit’s partnership deal with Reebok meant that athletes were required to wear the brand’s supplied footwear at the Games, with sponsored athletes unable to promote their brands and use the media attention to grow their professional career.

The lift means that any Games athlete can wear whatever shoe they like best at the biggest stage in the CrossFit competition calendar; the CrossFit Games.

The announcement comes after big changes from CrossFit in the last year to democratize the CrossFit Games and promote inclusivity, and highlights the direction the sport wants to take during the coming years.

The rule was implemented in 2014, and wasn’t part of the original partnership deal with Reebok, which was signed in 2011. However, the 2014 CrossFit Games Competition Rulebook doesn’t clearly state that Reebok-only apparel shall be work at the Games. Instead, the clause reads:

“Athletes must comply with CrossFit’s uniform requirements and only official competition apparel, or apparel or items expressly pre-approved by CrossFit, Inc., shall be permitted. Athletes shall not wear, use or display any apparel, equipment, accessories, symbols, art, graphics or other items not expressly approved in advance by CrossFit, Inc., including, without limitation, headwear, apparel, tape, sunglasses, water bottles, stickers, logos and body or head tattoos, or art (temporary or permanent).”

The same wording was used in the 2013 rulebook.

Since the 2014 Games, Reebok has provided athletes with a variety of shoes for the event, including weightlifting shoes, running shoes, cleats and Nanos.

This ban lift applies only to footwear however, with CrossFit Games athletes still required to wear Reebok-supplied clothing at the event.