If you’re thinking about CrossFit to build muscle, check out what this coach and athlete have to say about. 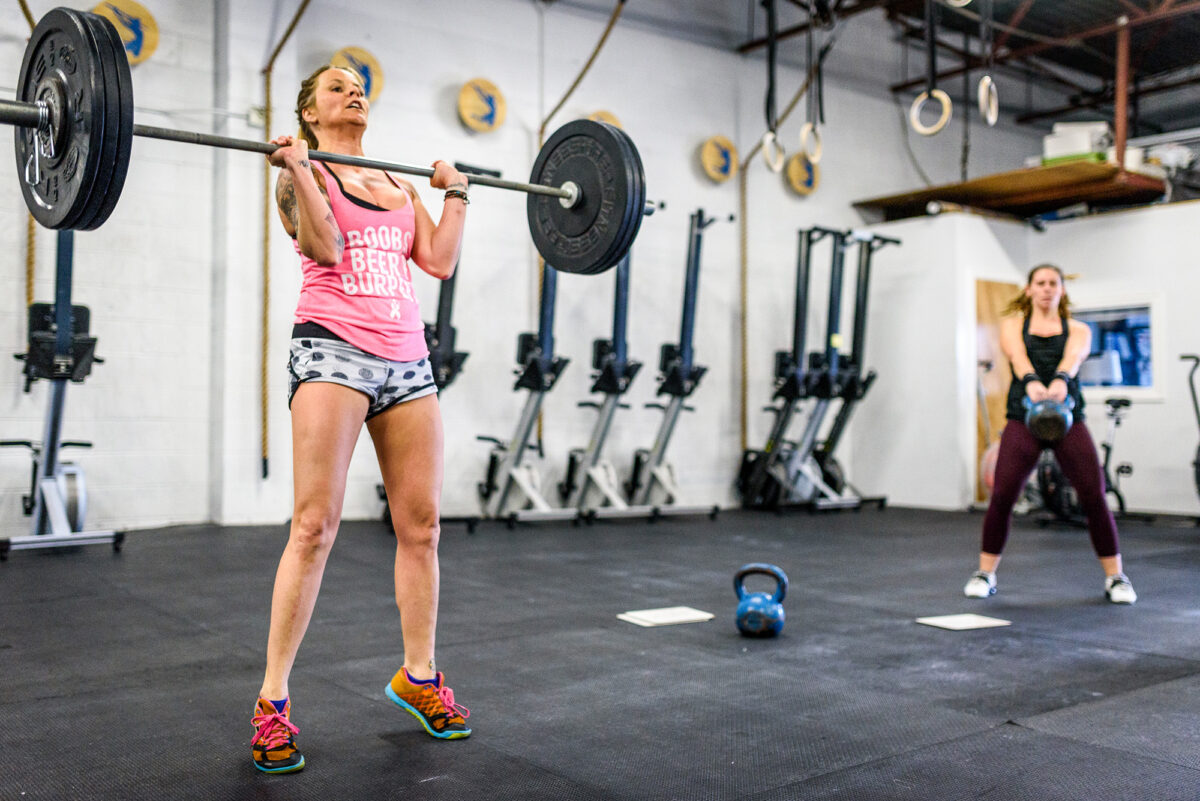 Did you ever ask ‘can you build muscle doing CrossFit?’ Although the popularity of the sport dipped in the middle 2010s, you can learn a lot with functional bodybuilding.

You’ve seen them before, these athletes fighting for the title of Fittest on Earth. But what does it take to put on muscle and look like a CrossFit Games athlete? Kristi Eramo O’Connell and her husband/coach Patrick O’Connell.

So can you build muscle doing CrossFit? “The simple answer is yes, but it’s not that easy,” Patrick explains right out of the bat.

“CrossFit itself absolutely can build muscle and a lot of times what we’re doing in there is hypertrophy and different versions of it.”

Check out the video below and pay attention to what Kristi and Patrick said.

“It’s going to come from all of the little pieces added up together,” Kristi says. “I’m talking sleep, nutrition, showing up every single day, working as hard as you possibly can. So when it comes to CrossFit and building muscle, yes you can build muscle, but it just doesn’t happen overnight and you have to put the work in.”

They also explain that you need to keep your goals in mind and know where you are at physically speaking, whether you’re new to fitness or maybe you’ve been going to the gym for 20 years.

However, if you have been doing bodybuilding for the past decade, you have muscle and want to build more on top of that, CrossFit will not help with it.

To build muscle you need to have resistance training to burn calories for a longer period while also getting stronger over time. According to Kristi, whatever training program you are following, you want to make sure that it has strict pull-ups or bench presses. “Where you’re moving either your body weight or you’re moving weights regularly.”

In the end, Patrick says, that for the majority of people the amount of time you spend building muscle should also focus on how much you pay attention to other things. “How much you focus on your diet and how much good sleep you are getting.”

Who is Kristi Eramo O’Connell

Kristi Eramo O’Connell is a six-time CrossFit Games athlete taking top 10 finishes every year with the exception of 2017, where she finished 13th.

With a collegiate swimming background, Kristi also has experience competing in both triathlons and marathons. In 2011 she came seventh in her age division in the USA Age Group National Championship Olympic Distance triathlon.

She is known for her love of burpees and all cardio-based events, but her strength is no joke either.

The 32-year-old qualified for Regionals in her first year of the Open in 2014, placing 16th at the event. In 2016 she earned eighth place in her debut Games appearance; the best result of any female rookie that year.

From there Eramo O’Connell has grown into a fearsome CrossFit competitor. While she considered retiring from competition in 2019, she was contacted by Games athlete Sam Dancer, who asked if she wanted to join Team Invictus X. She agreed, joining Dancer, Margaux Alvarez and Holden Rethwill in the Teams Division of the 2019 CrossFit Games, coming in 7th overall.

Following her stint with the Teams Division, Kristi decided to return to the Individual competition, but this time with a brand new mindset.

Kristi currently works as an accountant while coaching and training at the same time, as well as hosting her popular YouTube channel, which is followed by over 80K subscribers.

Find out more about this amazing athlete.