What does it take to become the best in the country? 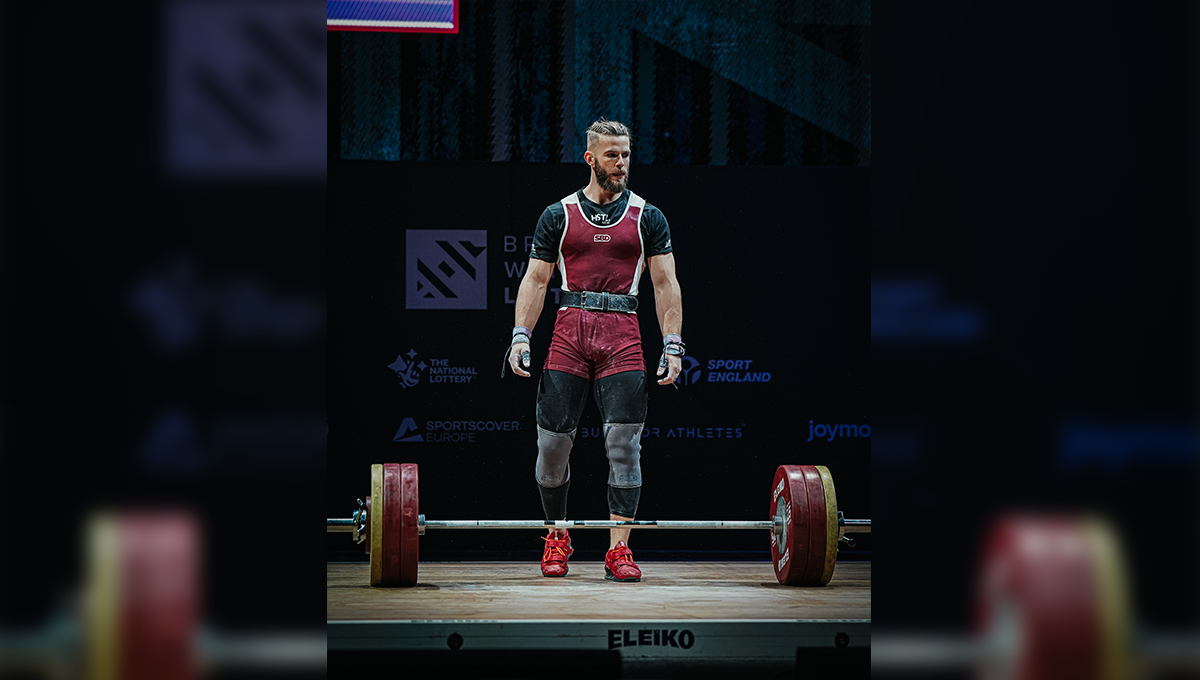 Craig Richey, best known as one half of the popular YouTube channel TeamRichey, recently became British Weightlifting national champion in the 89kg class.

With an immaculate work ethic and a highly competitive drive, Craig has done incredibly well very quickly in the sport. He is a perfectionist when it comes to the technical side of lifting and possesses an amount of attention to detail and patience that many don’t have, says Jas Cabourn, his other half.

Craig won the British Weightlifting Senior Championships, his first ever weightlifting meet, in January 2022 with a total of 291kg (135kg Snatch and a 156kg Clean and Jerk).

The 29-year-old is relatively new to the sport of Olympic Weightlifting, having began focusing on it in 2021, but has set his eyes on breaking the British 89kg record. Find out how he got into the sport, what he likes about it, and what you can learn from him below.

From CrossFit to Weightlifting

“I’m a very competitive person and I want to be one of the best in what I’m doing,” Craig said about shifting his focus from CrossFit to weightlifting. Craig and Jas spend a lot of time travelling with their business and being around top athletes, which made Craig realise he doesn’t have enough time to be a top level CrossFitter.

But he’s always been powerful, so weightlifting entered the picture.

In true Craig fashion, he gravitated towards a lofty goal at the start of winter to give his mind something to focus on as the days got darker and shorter. Looking at the numbers in his weight category, he decided commit to weightlifting and, with Jas’ full support, set himself to breaking the British 89kg record.

“The more you enjoy something, the better you become at it,” said Jas.

Unlike CrossFit, where you can spend hours upon hours training, you can only dedicate so much time to weightlifting before your central nervous system goes on overload.

“It’s nice to see the progression as you tick off the days,” Craig explained when I asked about his training regime, which includes similar training days with higher percentages and lower rep schemes within a block. “It’s nice knowing that you’ve done everything at the percentages given and that you got better that day.”

All your energy goes towards improving the Clean and Jerk and the Snatch.

The specific training varies depending on the time within a season. “Right now, we’re doing a lot of paused positional work because it just builds a lot of strength in specific positions,” said Craig. Closer to competition he’ll reduce the quantity of work but train at heavier weights.

“Weightlifting is such a confidence sport,” Craig explained. “You can have such a great training cycle and you could hit some massive numbers, and then sometimes in training I look back at some of the numbers I’ve hit and I’ve gone ‘oh, I couldn’t do that right now.’”

Craig might be used to being in front of a camera, but he says looking back at the day of competition on January 29, he was more nervous than he thought he was going to be.

“I knew my numbers were better than what I did on the stage and I rode my luck a little bit with the result, but it was really fun walking out; the stage was all lit up, you couldn’t really see the crowd, and the barbell was just there,” Craig said. “And then it was like, ‘okay, seven months of work and I’ve got six lifts.’ It was actually a lot of fun, way more fun than I thought it would be.”

Considering the British Championships – the pinnacle of English weightlifting – were his first time on an Olympic weightlifting platform, his achievement is even more impressive. And despite not performing the way he wanted, Craig realised he wanted to compete again and improve.

“Imagine being disappointed with your first ever weightlifting competition and still winning gold?” Jas said, to which Craig responded: “That’s called being a competitor and knowing you can do better.”

He’s now aiming for gold at the English Championships.

“I think I’ve found my thing, for now anyway,” he said.

Do a weightlifting cycle

If you are a CrossFit athlete, Craig recommends trying out an 8-week weightlifting cycle to improve.

“The main thing that I found coming from CrossFit to weightlifting was that, if I did a solid eight-week cycle, it would give me so much more knowledge and understanding of positional strength and work and movements,” Craig said.

Most CrossFit athletes are missing this awareness.

One thing Craig tells a lot of people who do CrossFit is to focus on moving well. “Having a baseline of strength is a great thing, but technique is the is the main thing,” he said. “The better you move, the less chance you’ve got of being injured and the more chance you’ve got of hitting the lift nicely.”

Many people have excellent baseline strength, but unless they improve their technique, they will hit a ceiling at some point and stop improving, explained Jas.

“Be meticulous with moving well, don’t put loads of weight on a bar and just be like, ‘yeah, I’m going to go out for a PB every day,’” Craig recommends. Instead, “work at that 70% range and just make it look pretty.”

Positional holds and positional strength work will allow you to figure out where your weaknesses are.

“It’s not until you pause below the knee and then above the knee and then in the catch, that you realize that in these positions you’re actually a bit shaky,” said Jas. “Once you’ve done a couple of weeks of these holds and you feel yourself becoming more stable you piece it all together and realise ‘no wonder I can’t do this if I can’t even feel strong in the process to get there.’”

This ties up well with the first point; the best weightlifters would rather see someone move well with 30% of their 1RM than look ugly with 100%.

Be aware of what you’re capable of

Setting lofty goals can help keep you focused and motivated during training, but you also have to be self-aware enough to know what your capabilities are.

Craig thoroughly believes in visualisation and believing in your goals, but also knows to be realistic about them.

“Don’t let your ego control the barbell, use your mind,” he said.

You can keep up with Craig’s and Jas’ stories and follow the couple’s training exploits and experiences with some of the largest names in the CrossFit space on their YouTube channel, TeamRichey.

Besides focusing on the English Championships, Craig has got his eyes set on Clean and Jerking 180kg and Snatching 150kg, which would earn him a British record. He regularly posts updates on his journey on Instagram, make sure you give it a follow.