Seeding: Which Semifinal Has The Fittest Athletes Based on Quarterfinals Worldwide Average

A deep dive into the data from individual Quarterfinals. 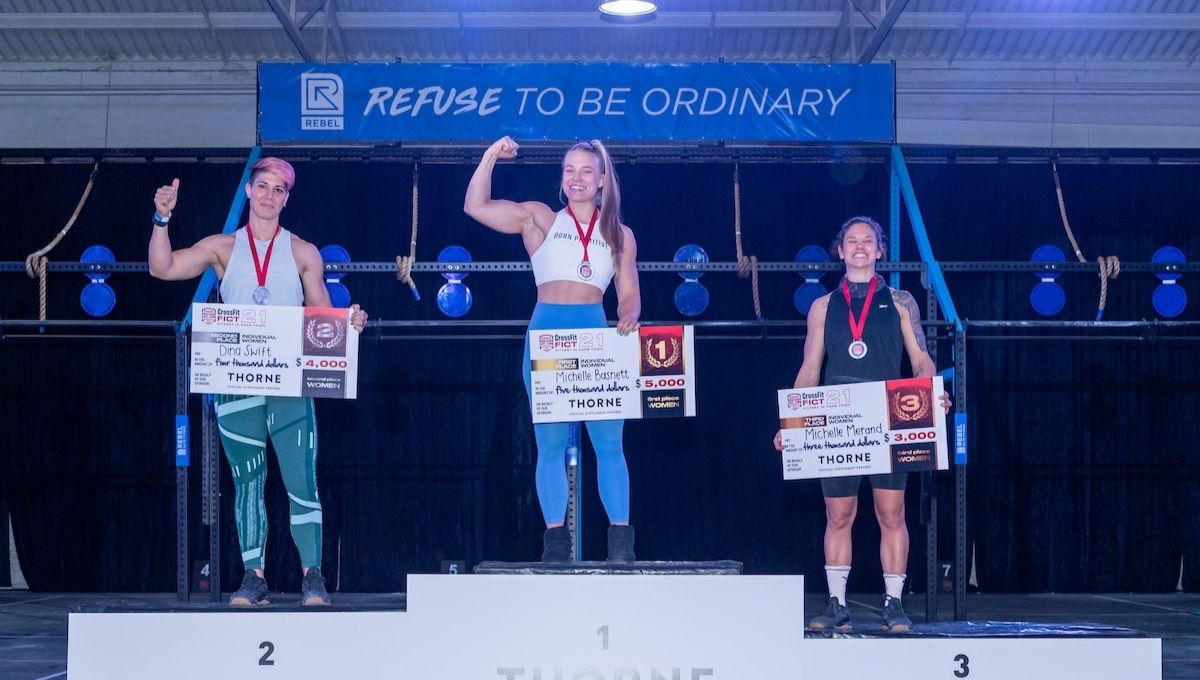 The CrossFit Semifinals seeding is nearly finished and the best of the best have received invitations to battle one last time before going to the CrossFit Games. But, of all 10 events scheduled to happen in the next weeks, which Semifinal has the fittest athletes? Turns out, some Semifinals are “more difficult” than others if you look strictly at the Quarterfinal worldwide placement of athletes who made the cut.

There will be 10 Semifinals events across the globe and in each of those events, 30 athletes will compete head-to-head to get a chance to become the next Fittest on Earth. Since we have 4 Semifinals in North America, 2 in Europe and 1 in Oceania, Africa, Asia and South America, the number of athletes invited is proportional to that continent.

“If a significant number of invited athletes choose not to compete as individuals, CrossFit may, at its sole discretion, invite additional athletes based on the order of their finish during Quarterfinals,” the rulebook states.

New in this year’s rulebook is the Semifinals invitation process for individual athletes in North America and Europe, stating that athletes will be placed in Semifinals before invitations are sent.

”CrossFit will make every effort to ensure the seeding process will be fair and equitable. Quarterfinals ranking distribution and the geographical location of athletes will be the primary determining factors for competition seeding in North America and Europe.”

Taking into consideration solely the Quarterfinal worldwide placement of athletes who accepted an invitation to compete at any given Semifinal event, we can begin to paint a picture to find out which Semifinal has the fittest athletes competing.

* Women Atlas Games division still has 2 spots to be filled by CrossFit HQ.

Which Semifinal Has the Fittest Athletes?

The tables above take into consideration only the best place of any given athlete in that Semifinal and the last person invited to the event. However, you can stack the numbers of all athletes in any given Semifinal event, compare their worldwide placement at the Quarterfinals and come up with the average in each competition.

That is what the people from Fantasy Fitnessing did. Check out the numbers they came up with. So which Semifinal has the fittest athletes? It depends on the division, but we can make some conclusion from this.

The men’s division of the Syndicate Crown and Copa Sur were the only Semifinals that did not receive any backfills. “Last year, every Semifinal had backfills for men and women,” Chad Schroeder, data master of CrossFit told BOXROX. “Back in Regional days, from what I can recall, it was rare to not have any backfills, but it occasionally happened.”

In both divisions (men and women), North America and Europe events are the Semifinal with the fittest athletes on average.

European female athletes will have the hardest Semifinal events.

For both men and women, the Atlas Games will be the event with the lowest average of fittest athletes in any Semifinal in North America.

The guys from Fantasy Fitnessing also broke down the data into more graphs such as the Open average of Semifinal athletes and the average Quarterfinal finish. You can check it out below.

A post shared by Fantasy Sports for CrossFit (@fantasyfitnessing)

Although data tells us that much of which Semifinal has the fittest athletes, it is not directly related to which Semifinal might pose the most difficult path to the Games. For that, you need to take into account the number of athletes that receive an invitation to go the Games, which is different depending on the Semifinal.

Who Will Go Through to The CrossFit Games?

According to CrossFit’s rulebook, only a handful of athletes will qualify for the CrossFit Games based on their placement at each respective Semifinal competition:

However, athletes who finished up to 2 placements below the cut line to get an invitation to the CrossFit Games in Madison will have their final go at the Last-Chance Qualifier.

Putting all into perspective – the fittest index according to Quarterfinals placement and the #GamesBound according to Semifinal event – we could conclude that:

On the women side, we have Tia-Clair Toomey and Kara Saunders probably snatching 1st and 2nd placement at the event and, therefore, leaving little chance for other competitions such as Ellie Turner and Jamie Simmonds.

We see something similar on the men’s side, with Ricky Garard poised to make his Games comeback. The battle is tough with big names on the field such as Jay Crouch, James Newbury, Royce Dunne, and Bayden Brown.

In a competition that only 5 athletes go through, it is hard to pick favourites at the Strength in Depth. We will see a head-to-head battle with André Houdet, Jonne Koski, Willy Georges, Zack George, PD Savage, Henrik Haapalainen, PD Savage and Reggie Fasa.

CrossFit has previously announced that Semifinals will have the same 2 events for all athletes.