Check out the Teens day 1 Recap of the 2021 CrossFit Games. 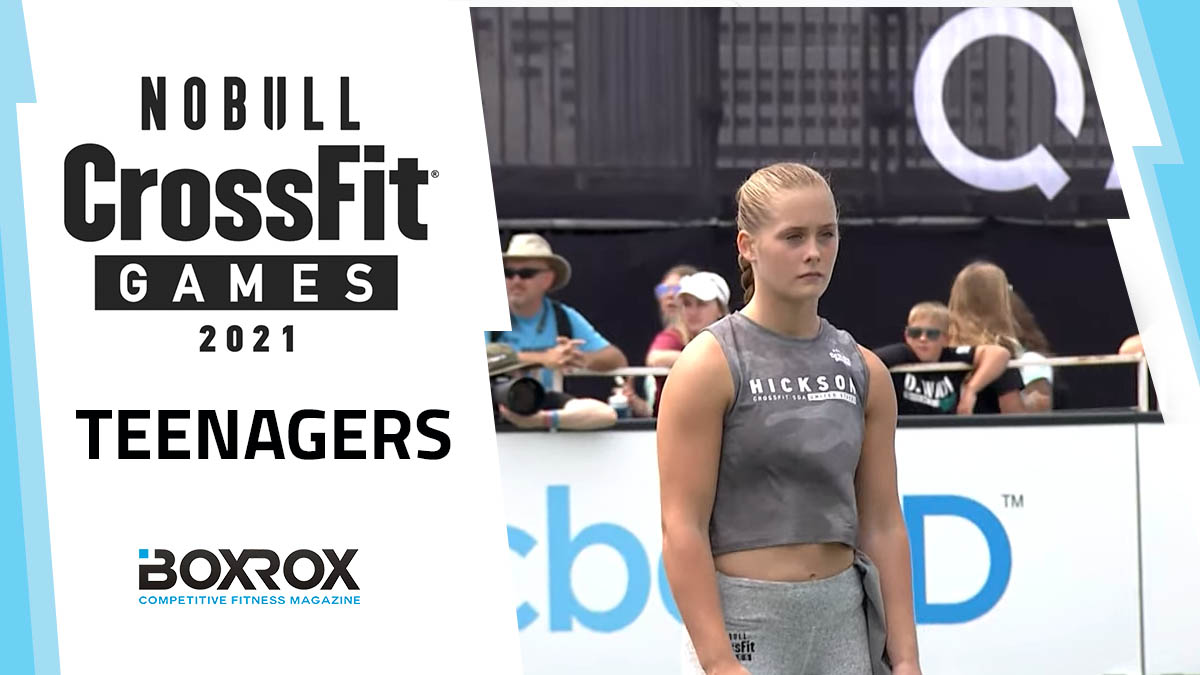 Day 1 out of 3 for the Age Group division is over. Check out the Teens day 1 Recap of the 2021 CrossFit Games.

The future Fittest on Earth might have just stepped in the Alliant Energy Center this Tuesday during day 1 of the CrossFit Games. Teenagers will continue to compete on Wednesday and finish the battle for Fittest on Earth on Thursday, July 29th.

Note: CrossFit announced the results are still under review and are not finalised.

Icelandic athlete Rokkvi Gudnason and American teen David Bradley put on a show on the first event by finishing side by side. Gudnason took the 100 points with less than a 3-second difference from Bradley.

Emma Lawson is one of the favourites to win for the girl’s division as she competed in the CrossFit Atlas Semifinal and finished 9th among elite athletes. First event, first win for her.

Just like in event 1, event 2 also had a head-to-head finish with Jace Peck finishing half a second ahead of Nate Ackerman. At the end of the second event, Hiko O Te Rangi Curtis and Elias Simburger were tied in 1st place with 175 points.

What to say about the girl’s division? Emma Lawson had her second event win of the night, but just 5 seconds ahead of Sophie Shaft.

This was the only event on day 1 that Emma Lawson did not win. She came in second, 5 pounds behind Paulina Haro who lifted 197lb.

David Bradley managed to get back on the spotlight and won event 3 lifting an impressive 262lb. Second pace was Elia Simburger who liftend 255lb, but came out happy as he finished the day on 1st overall with 270 points.

On the last day of the CrossFit Games (Thursday 29th) at event 9, the top 10 athletes will continue to compete for the title of Fittest Teen on Earth.

The spotlight was set on Kaiden Hogan, as he was one of six teens in the boys 14-15 division to finish Open 21.1. He also had four event wins to his name before making his Games debut this Tuesday. Kaiden Hogan came out blazing and won event 1 almost 3 minutes ahead of second place.

For the girls, Chiara Silva also won the event with a large advantage of more than a minute ahead of second place.

Brazilian Gustavo Pusch won event 2 and put himself on top of the leaderboard. Only half of the athletes managed to finish before the time cap.

For girls, this was an excruciating workout. Only two athletes managed to finish the event in under 6 minutes. Rylee Beebee cruised the finish line in 4:30 while Olivia Kerstetter finished 2nd about 17 seconds later.

Olivia Kerstetter had some ground to cover after finishing event 1 in 17th place, but coming in 2nd on event 2. In the final event of the day she managed to win by lifting 202lb, which placed her in 4th overall.

On the last day of the CrossFit Games (Thursday 29th) at event 7, the top 10 athletes will continue to compete for the title of Fittest Teen on Earth.