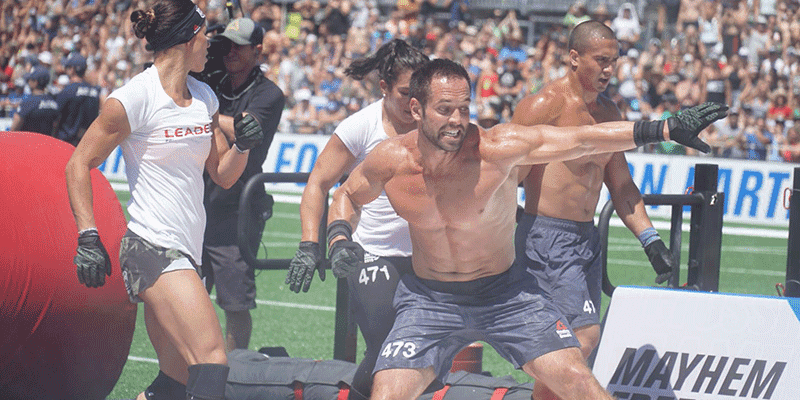 The rosters have been set and CrossFit HQ has confirmed the first five teams that will be heading to the CrossFit Games.

All teams earnt their invitations through the Sanctionals completed so far. Games team rosters consist of six members; four of which would have competed at the Sanctional, and two alternates (one woman and one man).

From CrossFit Filthy 150 in Dublin, Ireland:

From the Dubai CrossFit Championship in Dubai, UAE:

From the Pandaland CrossFit Challenge in Chengdu, China:

From the SouthFit CrossFit Championship in Buenos Aires, Argentina:

From CrossFit Strength in Depth in London, U.K.:

Sanctionals are the only way for a team to qualify to the CrossFit Games. While last year saw 14 teams take on the competition floor, the opportunities for athletes to head to the Games as a team have almost doubled this year with the addition of new Sanctionals.

With the exception of the Mayhem Classic, the Reykjavik CrossFit Championship and the Italian Showdown, all Sanctionals have a team spot to the 2020 Games up for grabs.

Taking the postponement of the Fittest in Cape Town Sanctional into consideration, there are 24 potential spots available for teams at the 2020 Games.

Once the six names for the roster have been provided to HQ they can’t be changed, and teams can only chose from those athletes to field a team at the Games. According to the rulebook: “The top team from Sanctionals events (from the elite or Rx’d division equivalent) may receive an invitation to compete at the Games.”

CrossFit Mayhem Freedom, who have already earnt an invite through CrossFit Strength in Depth, will be competing at Wodapalooza later this month.

Should they win, it’s not a given that the CrossFit Games spot will be backfilled to the next eligible team.

While it’s unlikely that CrossFit will chose to do this, it’s an interesting clause to keep an eye out for.

The 2020 Reebok CrossFit Games will be held the week of Wednesday, July 29, through Sunday, Aug. 2.