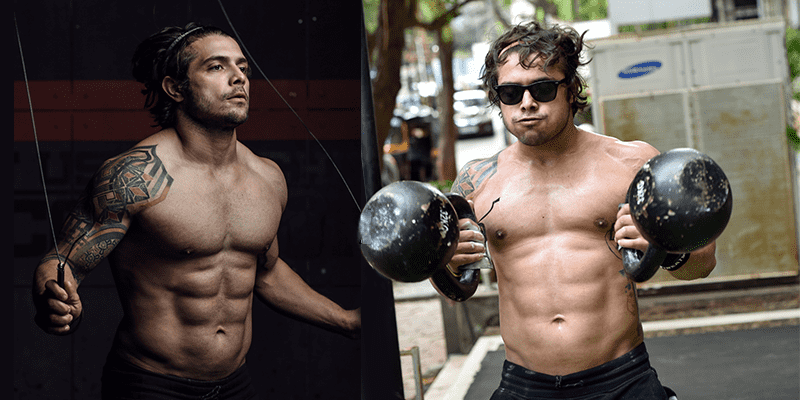 Once he found out he’d qualified to the Games, Vedharth Thappa packed his bags and moved from Mumbai to Denver, Colorado, to be next to his coach and focus solely on his training.

It’s the third year running Vedharth has been crowned India’s National Champion and, even though he knew he was one of the country’s best athletes going into the Open, his victory wasn’t a given. Just like the past two years, it came down to the last workout.

“I knew that if I put my head down, I had a good shot at it. It was close but I knew, if I fight it my best, I thought it was possible,” he said.

Sport has always been part of Vedharth’s life. He was lucky enough to attend a school with exposure to fitness and, before CrossFit, he used to play cricket and volleyball for his state in India.

He found CrossFit during his studies as a Civil Engineer. He only had an hour to spare in his days to exercise, so he started CrossFit at the only Box in India at the time, which happened to be in Mumbai, his city.

THE MOMENT THAT CHANGED THINGS

The tree-times Fittest in India always took the sport seriously, but it wasn’t until his first Open in 2015 that things changed, and he decided to take CrossFit competitively. Surprisingly, it wasn’t because he won it and thought he had a great shot at it, but because he couldn’t do it.

“I remember it was a workout with seven muscle ups, 50 wall balls, 100 double-unders [15.3]. I think it was a 14-minute AMRAP and that’s when things actually changed,” Vedharth recalled. “I couldn’t do more than seven muscle ups and I did like six and stopped. For the entire 14 minutes I was just trying to smash seven muscle ups.

RELATED: Honduras’ First Ever Games Athlete Is Ready to Push Her Limits at the 2019 Crossfit Games

“I think that’s exactly why I started competing and being competitive; because it made me feel so awful. That time, in a 14-minute workout, I’m so close to being able to do the next movement and I’m there but not there. It’s a bad feeling.

“But these small things make the bigger things and that’s exactly why things have happened.”

PUTTING THE WORK IN

For two years after that, he put his head down and worked hard, chasing to be the Fittest in India, which he has achieved now three years running. Last year, he made it to the top 50 in Asia. He beat 895 Indian men that participated in the Open to become National Champion this year.

“From there to now, things have changed a lot. Practically, my life revolts around CrossFit at the moment. Things are great,” he said joyfully. Back in India, he owns CrossFit 7 Seas and opened to Alpha 7 Seas after membership outgrew the Box.

Educating people about fitness in India is something important for the National Champion. “In general, the full process of awareness of fitness in changing,” he said when we asked him about CrossFit in his home country. “India is a place where there are a lot of people, and people with faith and believe. I think they’re starting to understand that it’s not only big muscles, that they also provide functionality.”

The Reebok athlete believes the country is on the right path, putting the right education content out. He runs “The Fittest League,” a series of on-site competitions to try to educate people and give them a taste of what competitive fitness looks like.

“I keep doing the smaller things to make the bigger changes in the country,” he said.

There currently are 49 Boxes in India according to the Official CrossFit Affiliate Map.

About Games training, he said not much has changed except the volume of it. “I believe everybody is training hard, so I’m trying to focus on things that I haven’t been doing before, one of them is my food,” he said.

Yet he admits it’s a difficult task and jokes that, “after all the exercising you at least deserve all the food.”

When we asked Vedharth what he’s most excited about going to the CrossFit Games he replied with: “Getting my butt kicked” and a laugh. He said it’s already been an incredible process and he’s received an immense amount of support, so he looks forward to the whole experience.

“India is full of warm-hearted people and they’re sending me messages full of love, saying they believe in me and that they’re looking forward to seeing me at the Games and that they’re proud of me. Little things like this make a lot of difference,” he said.

If he could program a workout this year, Vedharth would choose a 500ft handstand walk for time. Every time you break, you run 200 metres.

Vedharth will move back to India after the Games for a while but says then there’s “another dice on the table,” as there’s another Open happening in October.

“I don’t think the madness will end next August,” he laughed.