Robert Hartley wanted to bring attention to the Fallen Troopers of the Kentucky State Police. 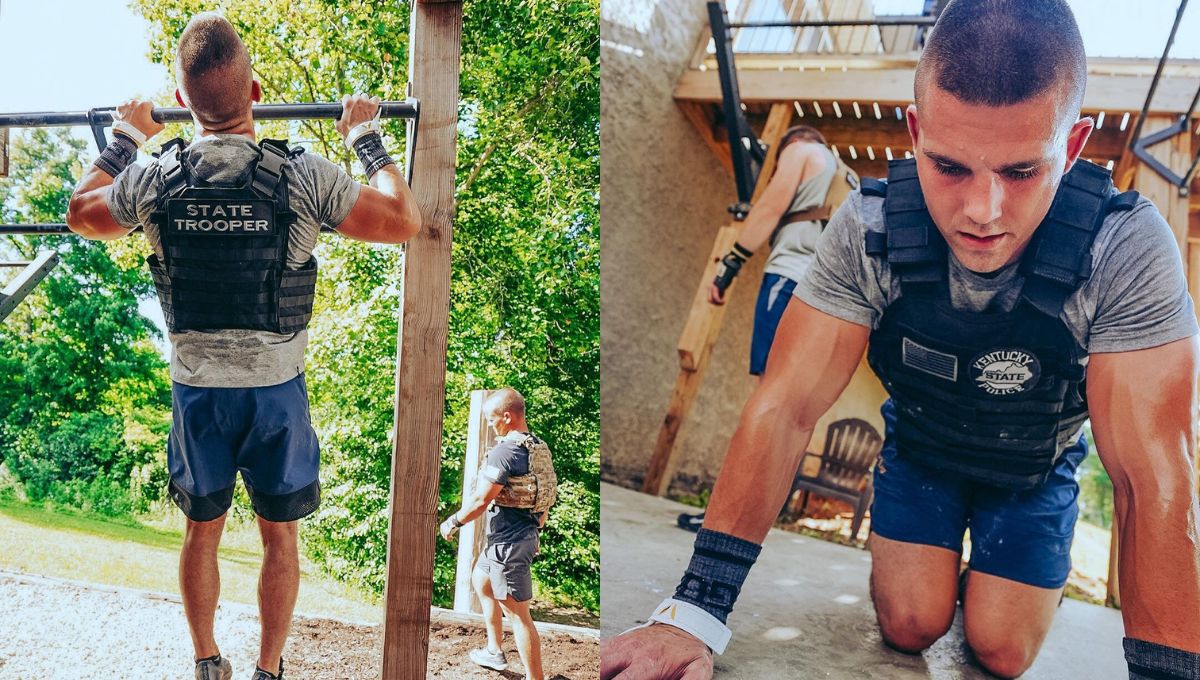 Hartley is himself a Kentucky state trooper and he wanted to pay tribute to the 31 Fallen Troopers of the Kentucky State Police. According to him, the agency created one hero WOD for each of the heroes from Kentucky who paid the ultimate sacrifice.

The 31 Hero WODs are completed by each cadet of the agency while in the academy over a 6-month period. “I wanted to complete them all within 31 hours,” Robert Hartley wrote.

Each workout was developed by Thin Gray Line CrossFit, the official CrossFit Affiliate of the Kentucky State Police Academy. They honour troopers who died in the line of duty and each has the name of the fallen comrade.

“Never set a limit on yourself, and know that your mind will take you to places that seem impossible.”

Robert Hartley in His Own Words

For a while now I’ve felt that I needed to do something to push myself further than I ever have. I can’t explain why, but it’s been digging at me for quite some time. I needed to do something to prove to myself that we don’t have to set limits on ourselves. I needed to come up with something that when I told people about it, they would laugh or say, “that’s impossible,” which is exactly what they did. But the only people who know where the edge is are those that have went over it, and that’s what I wanted to do.

At the same time, I wanted this to be something important to me, not just something random. I wanted this to be bigger than just my own personal goals. A few months back, after many more months of brain storming, it eventually came to me. What if I could do something to bring attention to and honor the 31 Fallen Troopers of the @ky_state_police . How could I do that? I already knew that there were established @crossfit Hero Workouts created by the agency for each of the 31 Fallen Heros who paid the ultimate sacrifice. They are all completed by each cadet of the agency while in the academy over a 6 month period. I wanted to complete them all within 31 Hours.

Beginning at 0830 on Monday, September 12th, I kicked off this challenge that I have coined the #KY31HerosProject with the first workout. I would have 31 hours from then to complete all 31 Hero Workouts. I went to war with my mind, my body slowly broke down, and I went beyond exhaustion. Halfway in I was beginning to fall behind my planned pace, and didn’t think I would finish. With the help of my team of family, friends, gym community, and some coworkers around me, I somehow managed to complete the last and final workout at 1529 hours on Tuesday, September 13th (the EOW date for the last Trooper to be killed in the line of duty). I had 1 minute to spare.

Never set a limit on yourself, and know that your mind will take you to places that seem impossible. Most importantly, I hope I was able to honor 31 Fallen Heros and their families, and hope this will make some people want to take a moment to honor them as well.

The 31 Hero WODs He Completed in 31 Hours

27-minute AMRAP (as many rounds as possible):

Unbroken sets of five, increasing with every set; athlete’s score is total weight.

Rest for three minutes, then follow with Hero WOD “Childs.”

Four rounds of: five-minute AMRAPs with one minute rest for 23 minutes total:

Then, two-mile run buy out.

Then, one-mile run buy out.