All You Need to Know About the Spider Curl: How-To, Benefits, Mistakes to Avoid, Rep Range

The spider curl is a great arm finish to blow up your biceps. 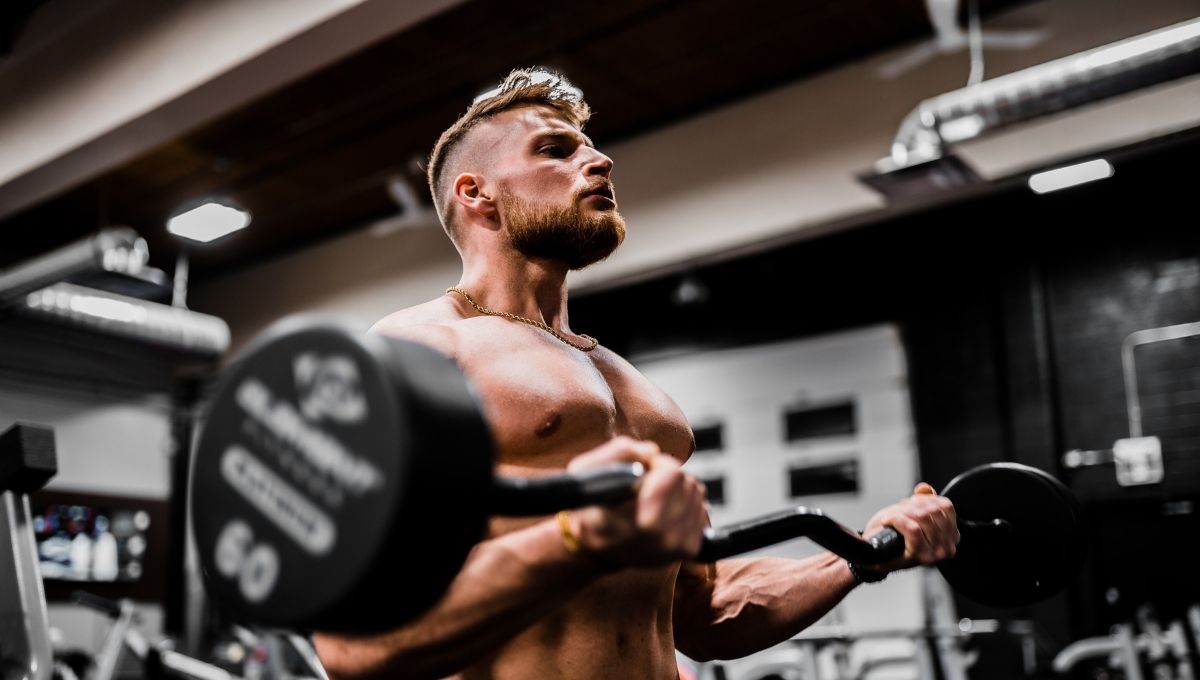 The spider curl is an unusual exercise rarely seen being performed by people inside a gym. That is not to say that it is a useless exercise – far from it. If you are looking to get stronger and bigger arms, give the spider curl a try as you will not be disappointed.

Although it is a curl movement, the spider curl has some extra benefits that the bicep curl does not provide, for example.

How to Do the Spider Curl

In order to correctly perform the spider curl, you will need a bench.

Since you are against gravity on the bench press, it is hard to cheat during the spider curl. However, that is not to say that you could be making some mistakes.

The biggest problem you might make is not contracting your muscles. This could happen if your weights are too heavy and you are relying on momentum to get the reps in.

Pay attention to the full range of motion. As stated earlier, your rep is counted once you fully extend your arm below the bench. Make use of the freedom your arms have.

Also, make sure you are not moving your entire arms up and down. For the exercise to work its magic, you must keep your shoulders and upper arms locked in, while your forearms do the lifting.

The spider curl is an isolation exercise, meaning it targets specifically only one muscle group.

More specifically, the spider curl targets the short head of the bicep. This part of the bicep stabilises the shoulder joint when you are carrying heavy loads, for example.

Benefits of the Spider Curl

The shorter head of the bicep is often neglected when working out. The spider curl is one of the best exercises to target that specific muscle.

The best benefit of doing spider curls is the fact that, due to having your arms stretched from the initial position, it allows for a longer time under tension. This creates greater metabolic stress, which translates to better gains for your biceps.

As you are doing the exercise with dumbbells, you are fixing possible strength imbalances you have in one bicep compared to the other.

Variations of the Spider Curl

There are not many variations of the spider curl. Most commonly you see people utilising a barbell or an EZ bar, instead of the dumbbells.

The set-up and movement pattern are exactly the same as with dumbbells. The barbell is often used because it is easier to overload with higher weights, whereas the dumbbells are better to correct strengths imbalances.

The EZ bar, due to its undulating handle, will activate even more your biceps and it is also a joint-friendly grip. If you have wrists problems, this is your way to work out.

How Much Weight and Rep Range?

Before thinking about how much weight and how many reps you should do, you should consider the purpose of the spider curl.

As an isolation exercise that focuses specifically on your biceps, it is advisable to do it as a warm-up and stretch of your biceps, or as a finisher move, at the end of your training routine.

In both options, the best you can do is choose a relatively lightweight one. For a warm-up, you want to wake up your muscles and not push them too hard. As a finisher, you want to exhaust your biceps that have already done some previous work, so you will not be able to lift too heavy anyways.

We recommend utilising weights that you can normally lift easily around 10 times. As you will be doing this as a finisher (or warm-up), you want it to be lighter than usual.

Begin with 2 or 3 sets of 8-12 reps. If you still have enough gas in the tank, perform another set to failure (if this is a finisher exercise), or another set (if you are doing spider curl as a warm-up exercise).

Grow your upper body with these effective barbell exercises: