How to Build Big Shoulders with Bands (No Weights)

Be creative with your training. 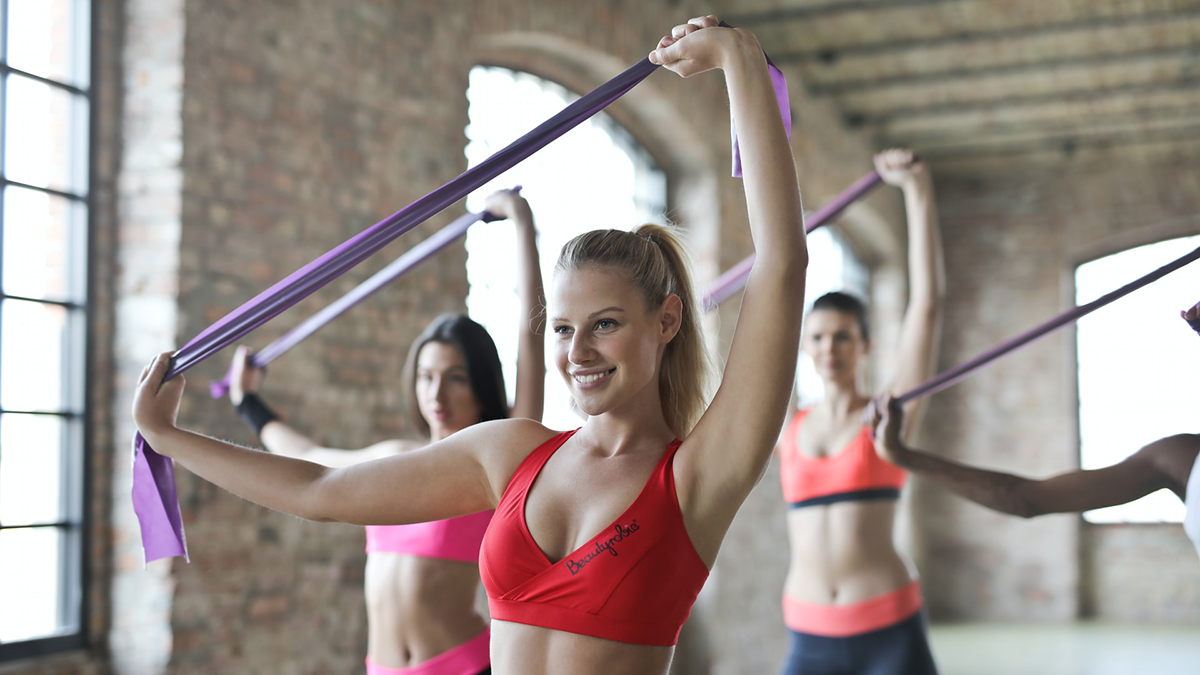 Jeff from Athlean X explains how to build big shoulders with bands.

How to Build Big Shoulders with Bands

“If you want to build big shoulders with bands and did not think it was possible, then this is the video for you. Here, I’m going to show you the best ways to build bigger shoulders using just resistance bands and no weights. In times of gym closures and an increase in the number of people doing home shoulder workouts, having a resource for the best band exercises for shoulders is going to help you to meet your goals without having to compromise.”

“All of these shoulder exercises can be done with one to two sets of resistance bands. It is a good idea to have varying resistance levels of them so you can introduce more exercises.”

“The first one shown is called one arm overhead press. Here the focus of the shoulder exercise is to overcome the limitation on band resistance that often happens when you only have a few bands to workout with. The travel from the foot to overhead is too far to go to be able to match the strength and get a good range of motion for your shoulders. Bending the knee however allows you to adjust to your exact ability levels and lets everyone benefit from it.”

“The next shoulder exercise with bands is the push press pull apart. This takes a popular home band shoulder exercise and makes it even better due to the inclusion of abduction and adduction resistance at the top of the rep. Even though the band is gaining slack in the middle at the top when the hands are pulled together, it is the resistance of this movement that accentuates your need to really extend your arms fully overhead which makes the deltoids and all three heads of the shoulders work hard.”

How to Build Big Shoulders with Bands

“No list of the best band exercises for shoulders could be complete without including the kneeling up and overs. Here you simply wrap the band under your knees and place your hands in the prayer position and focus on driving the them up overhead explosively. Speed reps and training explosively with bands is one of the best ways to tap into the growth capable type 2 muscle fibers.”

“When it comes to hitting the individual heads of the delts you want to start with two of the best for the front deltoids. The first is called the stretch front raise. Here you are getting not only an overload from the properly selected band resistance but also the eccentric stretch on the front delt fibers that is often missing from any shoulder exercise, even when using dumbbells.”

“The front delt pull apart is another great option. Here you are adding a band pull apart that is going to involve the middle and rear delts a bit yes, but primarily extending the time under tension placed on the front delts at the time of peak tension.”

“The middle delts of the shoulders can obviously be worked well with banded versions of the side lateral raise. That said, you want to make sure you do two things right if you want to get the most out of them. First, you want to place the band under the opposite foot of the arm you’re pulling on to increase the effective range of motion and resistance on the exercise. Second, you are going to want to use a hooked band grip rather than an overhand one to limit the strain on the wrist and forearm or weakness of either that can limit your shoulder development.”

If either of these are limiting you right now you don’t have to forgo the exercise all together. Simply shorten the moment arm of the exercise and increase the resistance level of the band to perform the long arc lateral raise shown.

How to Build Big Shoulders with Bands – Cross Body

If you want something even more powerful and explosive, be sure to try out the cross body lateral raise. Here you will help build bigger shoulders with just bands and one of my all time favorite shoulder band exercises for getting the job done.

Hip huggers and high pulls are other shoulder band exercises that really hit the middle delt well as pulling movements and can place high amounts of tension on this head where needed the most.

Finally, the rear delts are a perfect target for increased size using just resistance bands. Two variations are possible, one done standing and one on all fours. They are called the rear delt pulls. The goal here is to not let the triceps drive the extension of the elbows but rather the arms remaining straight and being pulled into extension behind the body using the rear deltoids.

If you are looking to get bigger shoulders with bands then you don’t want to miss this video.

Video – How to Build Big Shoulders with Bands