Incline Dumbbell Press: How To, Benefits, Muscles Worked and Variations

Learn why so many athletes include this excellent exercise in their chest days. 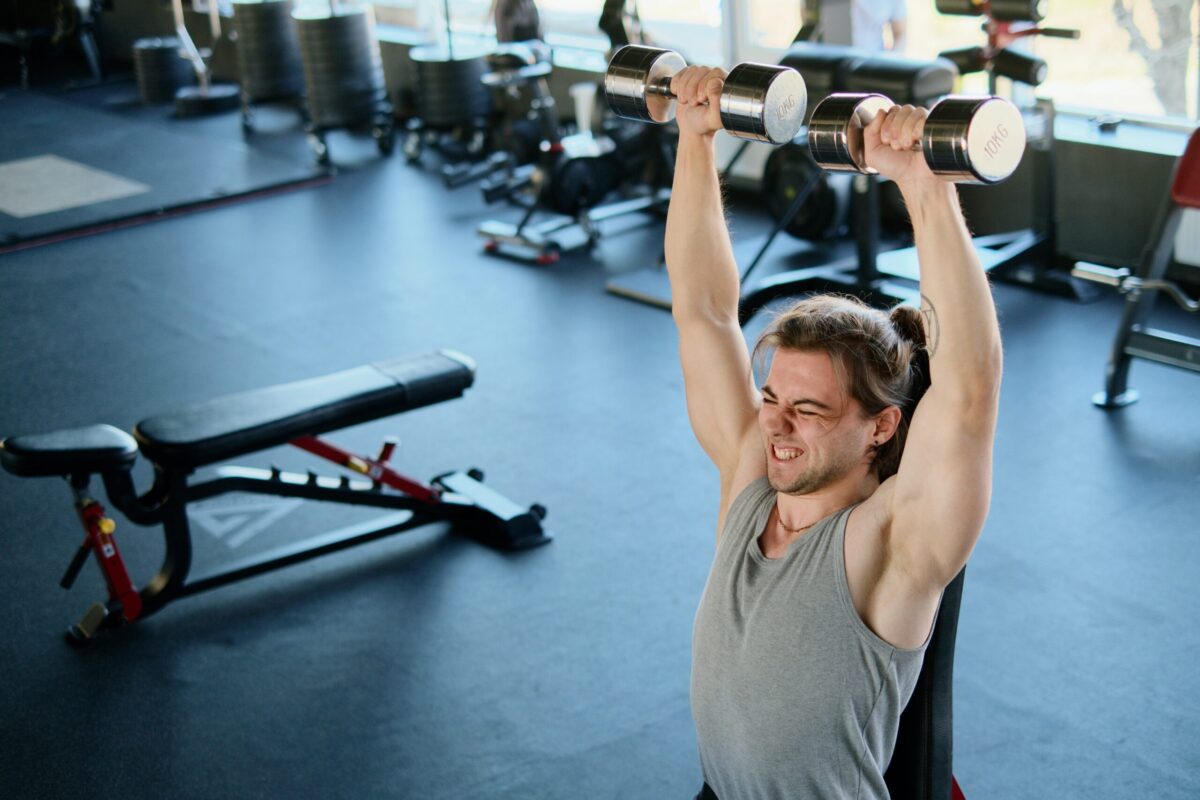 The incline dumbbell press is a strength and muscle building exercise classic in bodybuilding programs that primarily targets the chest muscles.

It is, as the name suggests, performed with dumbbells on an inclined bench.

According to Marcus Filly, founder of the Functional Bodybuilding training method, the incline dumbbell press is incredibly beneficial because “pressing through a variety of incline planes on the shoulder is a great way to build resilience for the demands of functional movements that may take load overhead.

“Since there is so much pressing overhead in functional fitness, it is important to build resilience through dumbbell pressing in various vertical planes.”

Because each arm works independently in this exercise, the incline dumbbell press is more challenging than its barbell variation. Adding an incline to the movement still targets your entire pectoralis major (the main chest muscle), but also places a higher emphasis on the upper chest.

How to perform an incline dumbbell press

The correct technique to perform an incline dumbbell press is as follows:

This is a compound exercise that targets many muscles in your upper body but is primarily used to build and strengthen the chest muscles, as well as the shoulders and triceps secondarily.

The correct angle on the bench for this exercise is a debated topic in strength and muscle-building circles.

A 2015 study analysing the influence of bench angle on muscle activation during the bench press found that “a bench incline angle of 30° or 45° resulted in greater muscular activation during certain time points” of both the upper and lower heads of the pectoralis.

It is important to note, however, that this study was performed with barbells, not dumbbells.

The more upright the bench is, the more your upper chest and anterior deltoid are activated. A flatter bench press works the middle and lower chest more. A 90 degree angle on the bench will target your shoulders primarily.

Benefits of the incline dumbbell press

Adding the incline dumbbell press to your training can round up your upper body training by rounding up and developing a well-balanced chest and shoulder musculature.

The movement translates well to day-to-day activities that requires us to use a pushing motion while moving an object overhead.

Using dumbbells instead of a barbell means you can access an increased range of motion, going deeper with the movement as there’s no bar to hit your chest. Your arms will also move in a more natural arc as you push the weights overhead.

Similar to the original exercise, the alternating dumbbell incline press starts with both dumbbells overhead. You then lower one side in a controlled manner and push the weight back up explosively.

According to Marcus Filly, the creator of the Functional Bodybuilding training method, “the value of working both sides of the body in slightly different cadences and patterns is teaching the brain to smooth the transition and maintain a high level of coordination under load and stress.

“From a body standpoint, the benefits and value come in the way of increased time under tension of each side as we alternate. The ‘non-working’ arm that is isometrically contracted is still under tension and working.”

Because balance can be an issue, this exercise is usually performed with lighter weights. This single arm variation is used to train imbalances in strength or size, and targets the pectoral muscles while also engaging the core muscles for stabilisation.

“The upper push with the lower body bend/pull are a great compliment,” says Filly.

“This exercise brings them together in one movement. The required hip extension and gluteal contractions throughout the exercise makes for a great combination.”

Improve your body and training with the DB Floor Press, DB Hammer Curl and Dumbbell Shrugs.