He already holds the Guinness World record for another kettlebell feat. 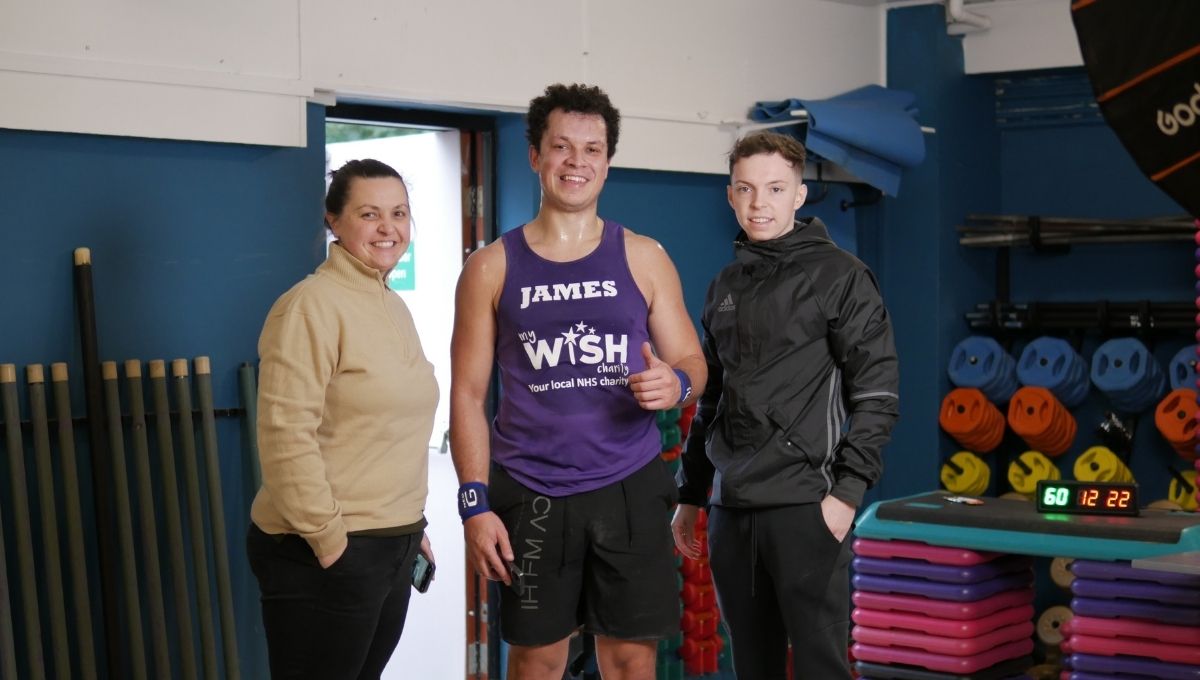 James Saward-Anderson is training to break a kettlebell Guinness World Record and wants to raise money for two medical organisations in the U.K. You can help him out by donating here.

The world record James is looking to break is the heaviest weight lifted by kettlebell swing under 1 hour (male). The current world record was set in August 2021 by Stefan Schwitter. He lifted an equivalent of 37,128 kilos (81,853.22lbs). James wants to swing 40,000 kilos, the weight of an average jet aeroplane.

“I am now focused on raising money for West Suffolk Trust Maternity unit as well as Great Ormond Street Hospital for Children,” James tells BOXROX. “The reason why I am raising funds for them is because my daughter was born there and I really appreciated all the hard work they put into helping her.”

James is no strange to holding a Guinness World Record. In fact, he currently holds the record for heaviest weight lifted in 1 hour – kettlebell swing squat (male). He lifted 12,400 kilos in September 2014.

“Funny story. The record was actually for swings, but my technique was so different that a new record was created due to me actually squatting and swinging,” James said.

On March 4th he plans on attempting to break another kettlebell world record and his tactic is similar to what he employed in 2014. He will be using 2 different kettlebells: 24 kilos and 32 kilos.

James tells BOXROX he is training 6 days a week for the challenge. His experience doing ultra-endurance training – he holds the record for fastest run between Canterbury and Rome which took him 58 days – helps him with training the same movement over and over every day.

“Practice of the movement itself is the best way to improve over conditioning specific parts of the body to isolate improvements. In simple terms, I practice swings religiously.”

James Saward-Anderson will utilise his moment under the spotlight to raise money for the medical organisations in the U.K., but he will continue to raise money throughout the whole year.

Anyone around the globe can donate by clicking on his Just Giving web page. You are given the option to donate as much as you want in different currencies such as Euro, U.S. dollar, British pound, Australian dollar, and Canadian dollar.

The event will be live-streamed for free on the LinkedIn page of Social Tree Global.