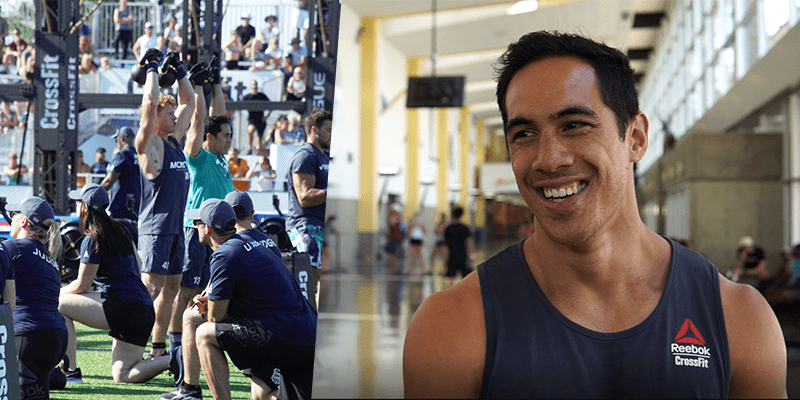 Luke has been crowned fittest man in New Zealand four years running and has competed in Regionals every year since 2015 (participating in the Australian CrossFit Championship and the DUCF Sanctionals in 2019).

“I’d never done a CrossFit competition that ends in two events,” Luke said. Watching the Games over the past years, his idea for the event was of a “brutal 12-16 workout competition” with some different disciplines like swimming and road cycling thrown in.

A Box owner for the past six years, Luke shared his thoughts about the Games this year, the CrossFit scene in his home country, competition in that end of the world any why he would have rather qualified to the Games though Regionals.

The 2019 CrossFit Games were Luke’s first experience competing against people outside of Australia (with the exception of Jacob Heppner), so he got to see a different level as well as set his goals and expectations for the future.

Luke has been a big name in the Australian and New Zealand region for a few years now. With CrossFit Games experience now in the bag and the realisation that more exposure to elite athletes would benefit him greatly, the Kiwi hopes to participate in more Sanctionals Europe or the US.

“It’s become a pretty massive priority now, after seeing the guys this weekend and realising you really do need to go up against them a couple of times before you can really understand what it’s like,” he reasoned.